The legacy of NHS Change Day

The legacy of NHS Change Day is a mass movement of people that want to transform the service. The challenge now is to harness this enthusiasm, writes Jackie Lynton 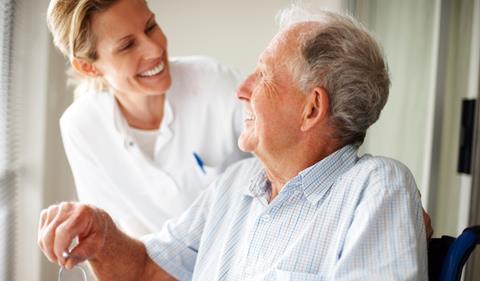 The most striking pledges were the most basic, such as remembering to smile at patients each day

On March 13 NHS Change Day saw a mass movement of NHS staff make an amazing 182,000 pledges to change the NHS for the better. In doing so, they not only improved the quality of care for patients, but created a powerful grassroots movement that will be at the heart of transforming the NHS.

The idea of Change Day was born nine months ago on Twitter when a group of young clinicians and improvement leaders concluded that the NHS not only needed to change, but that grassroots staff needed to be empowered to drive it.

Our shared purpose was to energise a coalition that held each other to account instead of seeking permission from the top. Change Day marked the culmination of that effort, with a mass movement of staff, supporters and patients, driving a series of small acts to make a big impact.

Our goal was to secure 65,000 pledges, 1,000 for every year of the NHS’s existence. The emphasis was not on the size of the change individuals could make, but on their willingness to turn their pledges into everyday practice and share what happened on the Change Day website.

The response exceeded even our own expectations, demonstrating the huge enthusiasm among NHS staff for playing an active part in driving local change.

The right kind of change

With the NHS experiencing the biggest change in its history, some might question whether now is the right time to contemplate more change. The Francis report reminds us all of the need to improve basic care while tackling wider issues of culture and accountability.  So, we have a choice; we can stand on the sidelines or accept collective responsibility for transforming care for patients.

‘Change Day proves that where staff feel listened to, they are far more likely to play an active role in transforming care’

The scale of the Change Day movement may be vast, but the lessons from it are simple. First, it emphasises the importance of simplicity. Some of the most striking pledges were the most basic, such as remembering to smile at patients each day. It is easy to say this should be standard practice. That may be so, but the Francis report demonstrates the need for a relentless focus on the basics of care and compassion.

On the eve of NHS Change Day, Liz Saunders from the Kings Fund said: “If ever you’re losing faith that there is the energy to make a difference in the NHS… there are more than 130,000 pledges on there, people actively choosing to make a difference to the services they provide and to patient care. It’s uplifting.”

Change Day also proves that where staff feel listened to, they are far more likely to play an active role in transforming care. The key is to empower rather than instruct, with managers listening to staff and patients rather than presuming a monopoly of ideas.

For instance, a group of second-year student nurses at York University pledged to create a “mock ward”, playing the role of patients to better understand the patient experience. Experiencing the ward through a patient’s eyes, the students quickly realised how disorientating and frightening a ward can become when patients are not told what is happening around them. For clinicians used to the jargon and processes of a hospital setting, such lessons are easily forgotten.

York University has now made the exercise a permanent part of the curriculum, ensuring the lessons of Change Day are used to improve patient care for years to come.

‘The challenge now is to harness this enthusiasm, with NHS leaders supporting a culture which challenges the status quo and empowers staff’

Whether focusing on simple ideas, empowering staff or viewing care through the eyes of others, Change Day demonstrated the need to challenge the status quo in the NHS.

Today Cerner is hosting a conference focused on precisely this point, seeking to draw on the lessons of Change Day to challenge old orthodoxies and transform the delivery of care across the NHS. Harnessing the enthusiasm of staff and giving them an active stake in that process will be at the heart of the challenge.

Change Day has already made a tangible difference to the NHS. The most important legacy is not individual actions, but the mass movement of people it has assembled. Thousands of people have each signaled their willingness to support the changes needed in the NHS.

The challenge now is to harness this enthusiasm, with NHS leaders supporting a culture which challenges the status quo and empowers staff to drive the change they want to see. This can only be achieved where the culture supports those who challenge the status quo.

The day has inspired the hope that is needed to transform the service. The call to action for NHS leaders, supporters and patients is to join us in future Change Days and being, as one leader put it, an “affirming flame” for positive change.