As the NHS turns 65, what is the state of the service and what does its future hold? Former Financial Times public policy editor Nick Timmins speaks to health leaders on behalf of the Nuffield Trust for their assessment. Here HSJ presents edited highlights of his interview with Sir Malcolm Grant 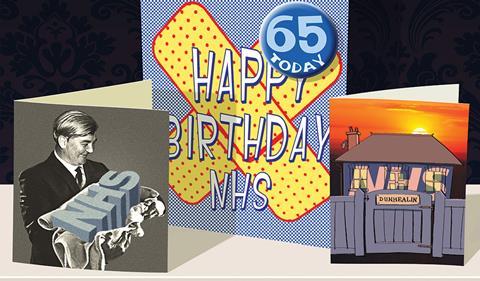 The NHS is one of the noblest social institutions that any country has ever created, but its position at the moment is clouded in great uncertainty.

Firstly because the reforms that we’ve just gone through haven’t yet taken effect fully. So it’s in a tender state. But one thing I have learnt in my 18 months as NHS England chair is that almost every generalisation you make about the NHS is false.

So we’ve got huge variety across the country, and within institutions as well as between them. 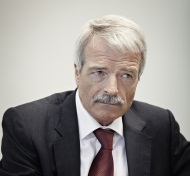 ‘We’ve had some really quite good health secretaries in the last two decades, but on average they served for two years’

And at the moment, it is providing a high quality service. If you look at the recent data from the Commonwealth Fund, it is ranked very highly by its users and practitioners in terms of access, and that’s a big improvement from 10 years ago and is worth noting, not least because this is one of the cheapest healthcare systems in the developed world.

But put alongside that is the recent Lancet report on health outcomes, which is quite troubling. In relation to a number of conditions, our position is below the median of the European 15 and in the last decade our relative position has deteriorated rather than improved. Health outcomes are not a measure just of the NHS but of the population as a whole’s health. We know that many issues contributing to poor health in the UK are around tobacco use, alcohol, drugs and obesity.

The second reason for tenderness is the finance issue. We know that investment in the NHS has gone up about 4 per cent real per annum over 65 years. We won’t see that for the next five years, if not the next 10. That huge challenge hangs over everything, because demand isn’t diminishing.

So there is no option but to think in longer terms than are normally feasible in the life of a health secretary. We’ve had some really quite good health secretaries in the last two decades, but on average they served for two years. And such is the NHS’s political salience that it’s immensely important for a health secretary to be seen to be doing things (and often things that are different from their predecessor).

This doesn’t create long term stability, and the series of reforms that have taken place both on provider and commissioner sides haven’t tended to generate a fresh vision for an NHS that hasn’t got 4 per cent real growth per annum.

‘We are committed not to doing deals behind closed doors, but to being very public about how we act’

So now the first task for NHS England is to prove that commissioning can work. We have had so many incarnations of it and the impression I get from all those I speak to is that we haven’t got it right.

We need to rethink primary, secondary and tertiary care much more in terms of a continuum of care for patients. If you start putting patients at the centre of everything, you start conceiving of the commissioning of services in a completely different way.

Hospitals have become citadels of modern healthcare − totemic and iconic. But the growth in the proportion of the population with one or more long term conditions that are capable of being self-managed, or managed in a non-hospital setting, calls for a fundamental reappraisal of their roles and relationships, which will be really difficult to do on an annualised basis.

So we’re proposing a set of steps over the coming year in which we will try and do a very significant reappraisal that looks at the NHS’s 3-5 year needs (and 10 year needs), to see how we can help create the greater community capacity that allows people to live independently for longer or live with high quality care but outside hospital.

None of this is new. What’s new is how we get from where we are to there with a declining budget, and with NHS England being independent from government to the extent that we’re reporting against outcome measures as opposed to process measures. This is still in the settling down stage. We’re only three months into this new regime and it is not without its tensions as we try to move into a new model.

There is the tension on the one hand between moving away from being operationally accountable to the secretary of state to being accountable through a mandate – which is what it says in the legislation. And on the other, actually supporting the government in ensuring that along with our other partners such as the NHS Trust Development Authority, the National Institute for Health and Care Excellence, and Monitor and Care Quality Commission, that the issues such as waiting times in accident and emergency, such as NHS 111, respond appropriately to public need.

We can’t do everything by the mandate. We have to be on the front foot, working with the Department of Health and others to ensure that operationally, the system doesn’t keep tripping over itself.

The transparency of NHS England is the new kid on the block. We are committed not to doing deals behind closed doors, but to being very public about how we act. So not just having our meetings in public but web-streaming them while trying to have debates in public about stuff that belongs to the public.

‘This is not an advocacy role, it’s an explanatory role’

If we want to have a three, five and 10 year change programme that’ll go beyond the life of the current secretary of state. And that is an issue. But there are two differences from the past. First, I am not a civil servant, I can talk to whoever I want, and I will talk to all parties.

This is not an advocacy role, it’s an explanatory role − why we are doing what we are doing, what are we aiming to do and how it fits with what we think is needed for patients in a highly constrained service. And I don’t think there’s a huge difference actually around this.

We talk about, for example, a greater proportion of services being provided in the community setting and more specialised work in fewer specialist centres: the watchwords of both the last government and of the present one. And there is also a stabilising mechanism, which is the primary legislation and the mandate.

It would take primary legislation to create something different to NHS England, and the mandate is also a stabilising mechanism. An incoming health secretary could rewrite the mandate. But the difference now is that would all be in public − and I’ve been given a hugely privileged ability to find some very strong non-executive directors in NHS England who I think have the capacity to not only think strategically but also independently, and to maintain the independence of the organisation even in quite turbulent political times.

We’ve got to be able to write out the direction of travel that will be inconvenient for people, certainly for those employed n the NHS, if it does mean that roles and responsibilities change. But rather than doing it as top-down reorganisation, instead making it easier for people to grapple with if they can see the direction of travel, how it’s mapped out and how it will be achieved − and that has to transcend the electoral cycle.

What does the future hold?

In 10 years’ time, we’ll be looking at a hospital structure quite significantly different from today, and we’ll see a different array of provision in the community − though I think it’s still too early to try to capture that in specific terms.

‘The NHS can survive largely free at the point of use, but only if it changes’

The question that we need to raise with GPs in particular is why primary care and secondary care? Where do we reset the boundaries between these two?  How do we make it possible for GPs to provide a greater range of care and supervision?

We need a different approach for providing high-quality care for a population that’s chronically unwell, which also means a different relationship with social services. And all of that is a question of funding, of premises, of investment, and also of training. It’s challenging.

Can it remain largely free at the point of use? It is a fundamental principle and it’s politically tremendously totemic, so I think it is secure. But only if we can find the ability to live within the existing budget by making sure that every pound secures best value for patients. It can survive largely free at the point of use, but only if it changes.

The full text of all this interview and others can be found in the Nuffield Trust’s Wisdom of the crowd: 65 views of the NHS at 65 report.