3
The NHS is our premier national social asset
Comment

The NHS is our premier national social asset

The NHS in 2013? Bruised by reform and scandal, uncertain about how to deal with familiar problems, such as pressures on accident and emergency departments and difficulties in discharging patients, together with some new ones, including how best to use new technology and how to take advantage of the skills and the investment that the private and third sectors bring, without them frustrating comprehensive, integrated provision.

‘In 10 years, the NHS will still be under financial pressure, still subject to political accountability, inevitably exposed to periodic failures’

It understands the potential of rebalancing primary and secondary care, but it’s no clearer now than ever about how to apply on a national scale the knowledge and experience that exists locally about how to do it. It recognises that patients’ experience of care can be anything from astonishingly poor to breathtakingly good, but struggles to push the average consistently closer to the latter.

Nevertheless, and despite these pressures and disappointments, it’s facing up to the challenge of reducing resources against a backdrop of rising demand; it’s solidly competent at dealing with the majority of what we expect it to do; and it retains the admiration and affection of virtually everyone.

For the sake of its future, those who run it need to engage its users in real debate about its potential and its limitations, being honest about the changes that need to take place in its geography and delivery, and having the courage to see the changes through. 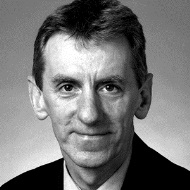 They must concentrate on enabling local change informed by evidence of what works, avoiding the distraction of structural reform. It’s harder but ultimately more productive. They must work at getting a balance between a nationally articulated ambition, accountability through local transparency and a confident regulatory system, which holds the confidence and support of staff as well as users.

In 10 years, the NHS will still be under financial pressure, still subject to political accountability, inevitably exposed to periodic tragedies and failures, and almost certainly a routine source of media stories, good and bad.

Yet it will also remain our premier national social asset; better at discriminating between innovation that does and doesn’t bring improvements in outcomes, and quality improvements that do and don’t save money; more transparent about its achievements and its failures; more accessible and accountable to its users through better communication and digital technology; still a flawed but fundamentally precious resource; and still largely free at the point of delivery because that’s the cheapest and most efficient way of providing healthcare. It’s the best way of securing equitable access and it’s what its users want.

My message for our successors in 10 years’ time? Are you delivering better outcomes than we were able to? Are patients safer in your care than they were in ours? Are you better organised around the needs of your patients and clients, and are they more engaged and better informed than they are now? Well done, if you can answer yes to these questions. It’s all anyone could have expected.

The full text of all this interview and others can be found in the Nuffield Trust’s Wisdom of the crowd: 65 views of the NHS at 65 report.

Sir Andrew Dillon is chief executive at the National Institute for Health and Care Excellence; Nick Timmins was public policy editor at the Financial Times