New highly effective drugs have created the potential for the eradication of hepatitis C, says Stephen Ryder and John Dillon, but the NHS must clear several hurdles to reach this goal 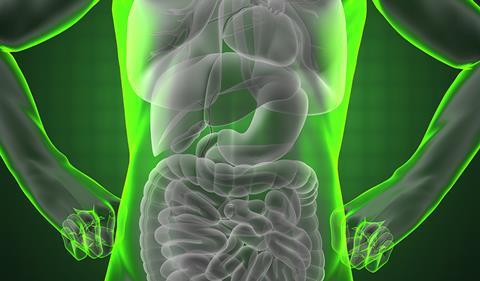 We are at a major turning point in the medical management of the hepatitis C virus (HCV) infection, which has major implications for service delivery. If we continue with our current level of treatment, the 215,000 individuals living with chronic HCV infection in the UK will impose an increasingly heavy clinical and economic burden.

The availability of revolutionary new (but expensive) treatments offers the government, NHS England and Public Health England an unprecedented opportunity to redesign services to increase diagnosis, treatment and cure rates with the realistic aim of eradication of the disease, a first in world health for a disease treatment.

‘Hepatitis C is curable, whatever Dan Poulter may have said recently in parliament’

This would represent a significant step towards the aim expressed in NHS England’s and PHE’s outcome frameworks of reducing the burden of liver disease. To achieve this in England means developing and implementing new systems and structures that produce coordinated, effective care.

The Scottish approach to HCV can be seen as a paradigm of how services in the rest of the UK can develop to tackle this epidemic. Hepatitis C is a silent infection with few symptoms before the patient develops liver failure or cancer, which may be decades after initial infection. Between 75 and 85 per cent develop chronic HCV; of these, 20 per cent will develop cirrhosis and between 1-3 per cent will develop hepatocellular carcinoma (HCC) over the next 30 years.

Hospital admissions and deaths from HCV-related end-stage liver disease and HCC increased almost four-fold in the UK between 1998 and 2011, from 612 to 2,268 and 98 to 381 respectively.

Hepatitis C is curable, whatever health minister Dan Poulter may have said recently in parliament. Therapy achieves sustained virological response; in other words, no detectable virus in the blood three months after the end of treatment.

These figures emphasise the huge benefits of effective treatment on health and health-related costs. With the imminent arrival of new treatments offering cure rates up to 98 per cent, HCV might be the first chronic viral infection eradicated worldwide by treatment.

The barriers to optimal management

HCV has a number of factors that make it challenging to both diagnose and treat because of the populations at risk and the asymptomatic nature of the infection in its early stages. Injecting drug use is the most common route of transmission in the UK accounting for more than 90 per cent of new infections.

People who inject drugs represent a hard-to-reach population who find it difficult to access traditional models of care. A service that relies on a traditional secondary care model of care for these groups will fail, with high levels of “did not attends”.

In addition, almost 50 per cent of infected individuals are currently undiagnosed. They may have injected drugs many years ago, received contaminated blood products before the introduction of testing in 1991 or be from a migrant group where prevalence is high, but none will immediately think of themselves as “at risk”. This is compounded by a widespread lack of knowledge in health professionals.

Despite National Institute for Health and Care Excellence approval of effective combination therapies, NHS England currently treats only approximately 3 per cent of patients with chronic HCV each year.

Fear of side effects and a range of comorbid conditions that act as absolute or relative contraindications have limited the access of many patients to these treatments. The new agents, the first of which is currently being assessed by NICE, do not share these limitations. The new agents are pills with minimal side effects with cure rates in excess of 95 per cent after relatively short (12 week) treatment.

In 2006, the Scottish government recognised that, as only 20 per cent of people with chronic HCV received specialist care and just 5 per cent had received antiviral therapy, the burden of complications would impose a major health and economic burden in the next two decades.

In response, the administration developed a two-phase action plan that increased awareness about HCV, improved testing, diagnosis and treatment rates, and reduced onward transmission among people who inject drugs. The Sexual Health and Blood Borne Virus Framework 2011-15 builds on this success by, among other approaches, increasing uptake of sterile injecting equipment and encouraging safer injecting.

The Scottish approach put in place coordinated networks of care based around each health board with targets for testing and treatment and is improving outcomes. Twenty-six per cent of people with chronic HCV in Scotland attended a specialist centre in 2012.

The number of chronically infected people who began HCV antiviral therapy more than doubled from 468 in 2007-08 to 1,049 in 2010-11, exceeding the government’s targets. This clearly demonstrates that properly coordinated care, even with a very imperfect therapy, can result in a substantially increased uptake of treatment with the potential to start reducing the overall burden of HCV related cirrhosis in the population.

Preparing for the burden

The current medical focus has been on the new drugs to treat HCV. NICE is currently reviewing the first two new agents, the cost of which could be £35,000-£45,000 per patient.

The burden imposed by HCV-related illnesses in England will grow over the next few years unless the model of care for diagnosis and treatment is changed. Public Health England suggests that based on the current treatment level of approximately three per cent per year, the number of new cases of end-stage liver disease and HCC per year will rise from 1,170 in 2014 reaching a peak of 1,680 in 2033.

‘The challenge for NHS England is to develop a service for treatment that interacts with the community, CCGs and PHE’

Doubling the numbers of patients treated over the next 10 years will avoid 5,880 cases of end-stage liver disease and HCC over the next 30 years. These figures are confirmed in a further published model for England. The model predicts that if current diagnosis and treatment rates remain the same, the number of patients who develop HCV-related cirrhosis in England will increase from 9,500 in 2013 to 14,700 in 2030, even if new drugs with higher effectiveness are introduced.

The model suggests that increasing treatment numbers in this way will reduce healthcare costs by an estimated £852m between 2013 and 2030. Given this would have all but achieved eradication it would also be achieved with a “one-off” cost with no ongoing health burden of note.

Tackling the HCV epidemic requires a well coordinated approach, and Scotland has shown the way.

Similarly, care in prisons needs to improve: an audit published in 2013 reported that 19 per cent of prisons do not offer disinfecting tablets for people who inject drugs and 5 per cent do not offer HCV testing. However, integrating prison, substance misuse services, primary care and existing services in secondary care could prove challenging.

The challenge for NHS England is to develop a specialised commissioned service for treatment that interacts properly with the community, clinical commissioning groups and PHE to improve our knowledge of the population burden, enhance testing and increase treatment rates.

Care networks seem the obvious model. However, their organisation and funding in England remain unclear. The potential for hepatitis C eradication is a medical landmark driven by new highly effective drugs.

It also represents a major challenge to the new NHS structures in England. If the NHS can achieve investment in new therapies and link a multidisciplinary strategy agreed across health and community services to improve diagnosis and treatment rates HCV will disappear as a healthcare problem. If not, patients will continue to be condemned to preventable morbidities and mortality.

The authors would like to acknowledge Creston Health for their editorial assistance. Funding for the model, the editorial services and the advisory boards used to validate the model was provided by Gilead Sciences. However, the views expressed are those of the authors.