Wellbeing boards: Getting over the language barrier 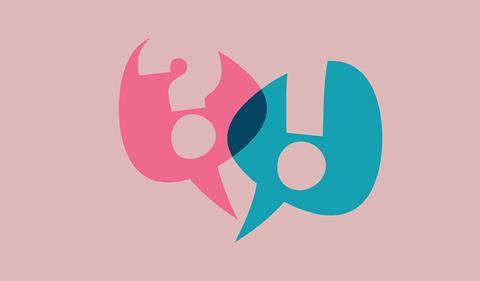 East Riding of Yorkshire Council is a large, predominantly rural, unitary authority with one coterminous clinical commissioning group serving a population of around 330,000. It has a long coastal strip and one of the fastest growing elderly populations in the country.

Strong relationship building between individuals and organisations at the right level has helped us pave the way for strong links between the local authority and our health. Ensuring people have the opportunity to meet and discuss informally outside the formal rounds of boards and meetings has helped forge these strong links.

Relationships with the former primary care trust were always strong and senior officer consistency was transferred to the CCG and new relationships made with GP partners, who traditionally had never had close relationships with the council and councillors. It was, however, a very rapid learning curve for all and particular care was taken to involve GPs constructively and not bring them to a talking shop.

The old PCT had been an active partner of the local strategic partnership for many years and the CCG has maintained those links by continuing to be a board member, along with the new health and wellbeing board.

From the outset it was decided to keep the HWB a small board with the minimum statutory requirement of members. It is chaired by the council deputy leader and has four other cabinet portfolio holders sitting on it. It was a conscious decision to retain our local strategic partnership board as it already had strong subgroups, including a health, care and wellbeing action group that was retained as the forum where providers could be involved.

Since the reforms, regular health and social care executive meetings have continued. Joint working on development of the HWB strategy, built on strong existing relationships between strategic teams, started well in advance of statutory deadlines. This led to early agreement on key priorities and outcomes for the wellbeing board.

‘Elected councillors tend to be driven by short term objectives (ie: four year election cycles) and many health and wellbeing outcomes are much longer term’

The chair of the HWB has regular informal meetings with the chair and the chief operating officer of the CCG, which act as mutual learning sessions as much as an opportunity to raise any issues of concern in an informal environment. These opportunities also allow the wider community and wellbeing issues to be discussed rather than the more formal discussions around budgets and commissioning.

To gain a better joint understanding and involvement across sectors the chief operating officer of the CCG sits on the councils Corporate Management Team and the CCG director of commissioning sits on the Councils Senior Management Team, both of which meet weekly.

This close working allows quick decisions to be taken, for example on joint funding for innovative projects related to specific local issues such as the increase in economic migrants and their impact on services.

Developing the style and agendas for the health and wellbeing board, particularly to avoid long presentations of reports and to avoid the “talking shop” tag, has resulted in excellent participation of both GPs and members on the board. This has led to new insight into their respective roles and they are still learning how to use each other’s capacity and skills to benefit all.

Recent work and introduction of the better care fund resulted in productive and pragmatic joint working on the fund proposals with good agreement about key priorities for integration, whilst agreeing that the fund should not become the only focus of the HWB and that wider wellbeing and inequalities issues should still be addressed.

Such massive change has, as would be expected, produced some barriers for which solutions have to be sought.

Understanding members’ political role and their perspective on developments are new to many non-local government individuals and awareness raising increased.

Similarly, elected councillors tend to be driven by short term objectives (ie: four year election cycles) and as many health and wellbeing outcomes are much longer term, new evidence based approaches to “selling” policy changes to councillors are being developed.

The HWB has set aside development time to promote better understanding of the drivers influencing respective members, elected or not.

There are large cultural differences between local government and health. Joint workshops where cultural changes were addressed, often supported by outside bodies such as the Centre for Public Scrutiny and the Local Government Association, have been established.

East Riding of Yorkshire was the first local authority to undertake a “health and wellbeing peer challenge” to get a third party view of progress and challenges. Both organisations welcomed the review and agreed a joint development plan through the HWB to address areas for development.

Language as well as culture is different and through HWB development workshops we seek to break down and remove barriers to understanding.

The background to all this change is a climate of severe budget pressures. There is a joint agreement that there will have to be transformational change in approach and systems across all partners and this is being embraced and addressed jointly.

The better care fund work has helped focus discussions and the approach in these areas.

Capacity issues within the CCG have encouraged better and more involved working and support from “officers” across partners, although the CCGs’ lack of influence on direct GP commissioning unites both organisations in terms of frustration in delivering wholesale system change.

Joint working is being carried out at levels well down the organisational structures and no longer is it just carried out at senior strategic levels.

In summary, we are in times of great change and we are being driven to provide services in reconfigured ways. There is a strong understanding that we have to look to the future and not to the past.

The wider determinants of health, over which local government has such a strong influence, through housing, leisure, open spaces, education, economic development and a host of other areas of intervention are now being discussed in a new arena through the HWB.

The return of public health to local government further strengthens the wider holistic approach to wellbeing and the new discussions with GPs and commissioners that have not taken place before can only bring benefits to our residents.

We have to respond to reality and it is still very early days, but there is a very positive mood within East Riding that we can rise to the challenges ahead; it will be as much through people and relationships as it will be through system and process.

The delivery of change through the better care fund will be the first real test of how we can bring about system change.