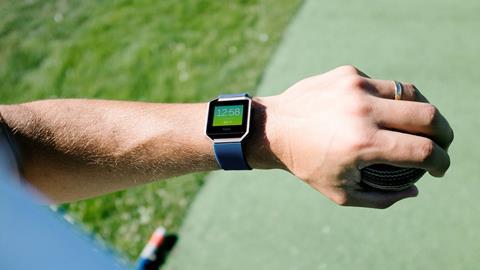 As wearable technology become cheaper and more widely used, it’s time to begin conversations about confidentiality and how best to use the data to improve health, says Adam Drury

In association with GE Healthcare Finnamore

Over the past two years there has been a significant rise in wearable devices that support personal fitness and health.

Sales of fitness trackers (from market leaders such as FitBit, Jawbone and Garmin in the UK) have risen exponentially in the last 12 months. For example, Fitbit sold 21 million units globally in 2015 and had revenues just short of $2bn. Adoption levels for wearables are still growing, with a compound annual growth rate of 25 per cent expected over the next five years.

Costs of such devices have fallen significantly in the last 12 months, and new models are regularly being released. There is an increased investment in the underpinning ‘cloud based’ wellness platforms to help manufacturers differentiate themselves through user experience (such as the LifeLog platform from Sony, which records general lifestyle as well as health information).

Fitness tracking data (such as number of steps, amount of sleep, amount of exercise, calories burnt and heart rate information) is starting to improve in quality, and the range of data that can be captured is increasing as the quality of sensors improves, the cost goes down, devices get smaller and battery life improves.

Furthermore, fitness and health sensors are also being integrated into other items from some of the industry leader players – such as the Apple Watch, Samsung Gear S2 and Google Fit – meaning that fitness tracking, practicality, fashion and mobile technology are starting to merge. As a result, the healthcare sector is clearly seen by technology corporates as an area for major growth in future.

The range and use of apps that support fitness and health is increasing.

More than 30 per cent of mobile owners use fitness apps, and usage has increased 60 per cent year on year since 2014. Over 100,000 health and fitness apps are now available for download.

The internet of things

Market leaders such as RunKeeper, Strava, MyFitnessPal, MapMyFitness, and Endomondo dominate the market through bundling their apps with a range of fitness tracking devices, while others have bespoke, proprietary apps to support the device (eg Sony fitness trackers predominantly work with their own ‘Lifelong’ application).

With so many vendors competing in the personal health data space, there has to date been no real effort to establish a common set of interoperability standards for storing health and fitness data from tracking devices.

The Internet of Things (“IoT”) is transforming the ability of common devices to store and transmit data to a phone or over a wi-fi connection. This has traditionally been in the realm of disease management devices (such as blood sugar trackers and medication adherence management systems) but is now moving more into consumer health.

One great example now hitting the mass market are IoT scales which can measure weight, body fat index, different types of body fat, resting heart rate etc and store information in an app or the ‘cloud’. Companies such as Withings, who were one of the first manufacturers of digital health devices, and have recently been bought out by Nokia, see such technology as the next step on from wearable devices. The aim is to provide a wider range of information to the consumer at an affordable price.

This situation is not helped by major market players such as Apple, Samsung and Google developing their own toolkits for their devices which are specific to their own brand of hardware and therefore not truly interoperable

Both disease and personal health management segments have become cheaper, smarter, easier to use and more prevalent. As these devices proliferate, there is a range of immediate and longer term potential benefits associated with their use:

One major issue now facing users is that many of the fitness trackers and IoT devices store information in their own proprietary apps or databases, meaning that it is difficult to connect / integrate all of your personal fitness and health information into one place. For example:

Partnerships are starting to be formed between device manufacturers and apps developers to enable data sharing (eg Withings’ partnership with Nike, MyFitnessPal and Runkeeper), but such developments do not integrate data but share a copy of the data from one app with another.

This situation is not helped by major market players such as Apple, Samsung and Google developing their own toolkits for their devices which are specific to their own brand of hardware and therefore not truly interoperable.

So what are the next steps / ways forward?

Second, there is a need for open debate between clinicians – and between clinicians and their patients – on how they could use information generated from such devices as part of the care process, so patients can understand what to expect when a clinician accesses information from personal health apps and devices. This should take the form of challenging both clinicians and patients to use the technology to its full potential, and may lead to re-designing care pathways.

In conclusion, the integration of consumer health devices into the mainstream of long-term condition management has huge potential, but is an opportunity which we risk missing if a number of key questions and issues are not addressed

There is little comprehensive evidence for the benefit and use of these devices, making it difficult for clinicians to advise their use or even prescribe them. There is a need for real-world evidence to be gathered and analysed on the impact of these devices, with health outcomes and cost impacts estimated. There should also be an open conversation on which types of devices have the largest impact and on which types of patients - targeted outreach, as opposed to a blanket approach, which might have more of an impact for chronic disease management.

Models of how core clinical record information and personally generated information are considered in totality are needed – systems at the moment don’t support the bringing together of these two worlds of data together.

In conclusion, the integration of consumer health devices into the mainstream of long-term condition management has huge potential, but is an opportunity which we risk missing if a number of key questions and issues are not addressed.

Doing so will require the health professionals and, most importantly of all, the patients, to recognise the potential benefits and lead the debate, ensuring that technology and healthcare practice can be brought together in the most effective way possible to improve outcomes and reduce service costs.

Adam Drury is a director at GE Healthcare Finnamore