Spending review 2015: What to expect for health

Next Wednesday’s comprehensive spending review announcement will be a pivotal moment for the NHS, setting funding for the coming three years in the midst of a period of unprecedented austerity.

Negotiations are expected to go to the wire – NHS England chief executive Simon Stevens told his board on Friday morning that they were still ongoing. However, HSJ’s extensive recent coverage offers a primer on key issues and changes to expect, and much pre-briefing and speculation can be expected between now and Wednesday. 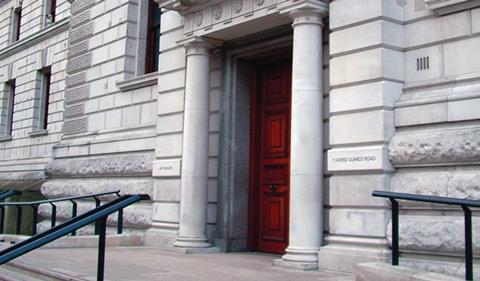 BBC health editor Hugh Pym reported on Friday that the spending review is likely to confirm an £8bn real terms increase to NHS England’s budget by 2020, but the Treasury is pushing for cuts to other health budgets such as public health and health education.

His story reiterates warnings reported by HSJ in September that the Treasury was seeking to redefine the “ringfence” on health spending to apply only to NHS England budgets, leaving Health Education England, Public Health England and the Department of Health’s other arm’s length bodies unprotected.

He also said changes to health education funding may include the end of the bursary system for student nurses, as reported by HSJ in early October.

Pressure on the frontline

Squeezing the budgets of other arm’s length bodies would also have knock-on effects on NHS providers, as illustrated by the CQC’s preparations for reduced government funding and the related row over fee hikes.

Mr Stevens has set out five “tests” to measure the spending review’s support for the forward view, including to “frontload” the £8bn investment to support service reform, protection for social care, action on public health, and political support for change. Earlier this month he warned that “considerably more progress” was needed in the negotiations to meet those tests.

Of these tests, the one that will have greatest immediate significance for the health services concerns the phasing of the £8bn increase. With finances already significantly worse than those who wrote the forward view expected them to be at this point, the service urgently needs significant funding increases in the coming two years if is to start tackling deficits as well as reforming services.

Time is running out, with some expecting that the DH’s settlement will be decided by the end of the week.

But speaking at NHS England’s board meeting on Friday morning, Mr Stevens said discussions were not finished and progress was being made.

Tech funds, the BCF and devolution

Other things to look out for in the spending review include the better care fund. Will it be frozen – as NHS England has suggested it should be – or extended?

The fate of some significant investment bids by NHS organisations, including the “devo Manc” bid for £500m and the DH’s call for up to £5.6bn to support information technology investment, will also be decided.