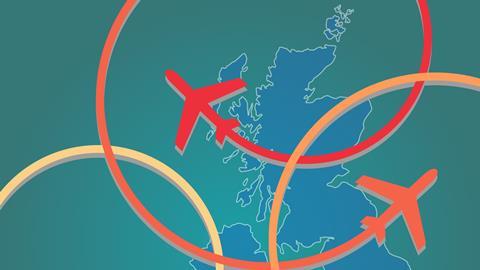 Getting a grip on workforce costs

NHS trusts are being asked to drive down workforce costs against a backdrop of staff shortages and budgetary pressures. Daloni Carlisle reports

When Lord Carter reported on efficiency and productivity in the NHS, he included the workforce, saying that a stronger grip on workforce management could make a significant difference to costs.

Up until 2014, many trusts had been doing a good job driving workforce efficiency, using tools such as electronic rostering and bolstering their in-house nursing banks to minimise agency usage.

In 2014, the trust developed an action plan to drive down its agency costs. It involved identifying the known staffing risks, putting in place plans to meet them, centralising the rostering and building up the bank to meet the demand.

Taunton and Somerset FT had similarly got a grip on its temporary staffing costs during 2014-15 by actively managing demand. But, according to a presentation given recently, in 2015 agency spend has once again shot up.

‘Now our agency spend is going back through the roof’

It is a common complaint. As one human resources director says: “In 2012, we thought we had solved our temporary staffing issues. Agency spend was down and our bank was working well. But now our agency spend is going back through the roof.”

Observers suggest we are facing a “perfect storm” with a confluence of factors making the delivery of workforce efficiencies extremely challenging.

The analysis runs like this. In 2013, the Francis inquiry led to calls for safe staffing and this increased nursing recruitment. At the same time, the number of new nurses entering the workforce was falling while a cohort of older nurses aged 50 to 60 retired. Demand began to outstrip supply.

So trusts looked overseas. Figures from the Nursing and Midwifery Council show that in 2009-10, 11 per cent of nurses were recruited from abroad. By 2014-15 the figure was 29 per cent, with 7,500 nurses recruited from the EU and 665 from further afield, including the Philippines and other Far East countries.

The general election in May 2015 brought a new focus on immigration. As one senior source says: “One day NHS leaders were all talking about overseas recruitment. The next day there was a complete clampdown.”

Not only has overseas recruitment from outside the EU been scaled back but, prior to home secretary Theresa May’s decision to relax controls on nurse immigration in October, anyone from outside the European Economic Area earning less than £35,000 after six years in the UK would have faced being forced to leave from next summer. The Royal College of Nursing estimates nearly 3,500 nurses were at risk.

Hospitals were naturally worried by this. NHS chief executive Simon Stevens last month told the Institute of Directors: “Most hospitals tell me the idea that we would seriously consider deporting some of our most experienced and committed nurses solely because they’re not earning £35,000 clearly needs a rethink.”

The reaction to this perfect storm has been a rise in the use of expensive agency workers that now appears to be draining the NHS of substantive staff. Observers report a new phenomenon: nurses and doctors leaving substantive roles to work full time for agencies.

The financial consultancy Liaison, which helps NHS organisations manage their temporary workforce costs, reports rising spend on locum doctors with 85 per cent of bookings now made to fill substantive vacancies. The shortage of substantive staff in the NHS is rising, it says.

Jon Restell, chief executive of Managers in Partnership, says the same is happening in nursing although not purely for financial reasons.

He says: “We are seeing band 8 senior nursing managers leaving their jobs to work for the agencies. It is not the money. It is because they feel no one is looking after their wellbeing.”

A senior source adds: “There has always been an unwritten rule that you cannot work as an agency nurse in your own hospital. In the last year we have seen some trusts piloting this as a scheme. It is the road to madness.”

In June 2015, health secretary Jeremy Hunt set new rules to bring down the spiralling agency bill, which he put at £3.3bn a year. The NHS was paying up to £3,500 a shift for doctors and spending £600m a year on management consultants. New rules began to apply to nursing in September.

‘Our data show that 21 per cent of locum doctor shifts are short notice, which is when fees escalate’

So it is against this tough backdrop that NHS trusts are expected to deliver workforce efficiencies. The Department of Health, Monitor and the Trust Development Authority this summer launched a temporary workforce toolkit supported by a training programme for trusts and trust boards and with pilot sites in four areas.

Mr Child says the quickest wins in driving down agency costs will be made through proper planning. “Our data show that 21 per cent of locum doctor shifts are short notice, which is when fees escalate to fill a vacancy quickly. Less than 1 per cent of those are to cover sickness absence, which means the other 20 per cent could have been avoided with better planning.”

He is keen to see better use of internal banks, which are more cost effective than agencies. Banks need to attract medical staff as well as nurses and to offer a good flow of work. Currently 70 per cent of agency doctors have a substantive NHS job too – perhaps they should be working on the bank for their employer rather than for an agency charging the NHS commission, says Mr Child.

One idea now being discussed is to create a medical staffing bank across a group of trusts. “The technology exists to support this,” says Mr Child. “If you have a bank that can offer all the shifts across a group of hospitals then you become more attractive to the doctors.”

Stewart Buller, director of marketing and communications for NHS Professionals, says efficiencies can be delivered by looking at the workforce as a whole rather than at temporary staffing and substantive staffing as two separate entities.

He says: “We have recently established a workforce programme consultancy team led by a senior nurse. The team looks primarily at rostering and deployment of the substantive workforce, not just temporary workers, and whether this is effective and efficient and makes best use of the contracted hours.”

Northern Lincolnshire and Goole FT is having some success driving workforce efficiency. In June, the trust made a pledge to local people that it would cut “rip off” agency staff after clocking up an £18.9m agency bill.

Karen Dunderdale, deputy chief executive, says the trust’s overriding priority is for safe staffing and quality care. She says: “All NHS organisations are chasing recruitment and we are all fishing in an increasingly shallow pool. For us, the emphasis is on retention and recruitment not recruitment and retention.”

For a start, the trust has bolstered the bank by offering incentives. It now offers a “baker’s dozen” – paying nurses who work 12 bank shifts for an extra 13th shift. Those with specialist skills and experience can now earn a higher rate on the bank.

Paul Kirton-Watson, associate chief nurse, says: “This has had a really positive impact on morale. It is still cheaper than using agency nurses and provides continuity of care.”

The trust has eliminated the need for agency healthcare assistants and overall reduced its agency spend by £10,000 to £15,000 a week for a sustained two month period this autumn. Electronic rosters now support better staff management on the wards.

During the summer, the trust developed Care Camp, two weeks of practical-based training that helps embed new recruits (UK and EU) into the team. A newly employed ‘on boarding manager’ gives all EU recruits practical support from pre-interview through to starting work.

Over the medium to longer term, the trust is seeking at develop more home grown nurses. Healthcare assistants have been seconded into nurse training and the first cohort of 10 nursing cadets is now at work. These are youngsters recruited from a local sixth form college who spend half the week in clinical placement and half in college over a two-year period.

“They will be able to progress from this to healthcare careers,” says Tara Filby, acting chief nurse.

Meanwhile, Dr Dunderdale is looking beyond her own doorstep. “We have started to have wider conversations across the region about having a more open workforce strategy. We are getting into ridiculous scenarios of pinching each other’s nurses when what we need is a strategic workforce plan that supports the patient journey through individual providers.”

This winter is going to be tough, she agrees. Perhaps she speaks for many with this tough response.

“We are very clear as an organisation that we will keep our patients safe and if that means our deficit increases, then so be it.

“We will do whatever we can to make the best use of the resources we have from the public purse. We have some clear guidance from Monitor and the TDA and undoubtedly we will be regulated on this.

“But we will also have an evidence base around the acuity and complexity of our patients, how we have deployed our staff and how we make clinical decisions. We will be able to justify the decisions we have taken.”

This article is part of a conversation HSJ is having on efficiency which will culminate in ‘A War On Variation’ summit on 23 November 2015. The event is invitation only. If you would like to be considered for an invite email nosmot.gbadamosi@emap.com