Gloucestershire Hospitals Foundation Trust has revealed it is heading for a large unexpected deficit after “concerns” were raised within the trust about its financial position. 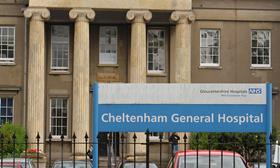 The trust has taken ‘immediate steps to stabilise its financial position’

The review was commissioned by Gloucestershire Hospitals’ board in response to “concerns raised at a number of levels within the trust about its financial position and the deterioration of its cash reserves”.

It found that “changes to some key financial planning assumptions” had “offset an underlying loss of financial control and a failure to fully deliver improvement plans”.

The review also found that the trust had spent “significantly more money developing and improving its equipment and buildings than it had available”.

While the trust has not confirmed an exact figure for its forecast year-end position, it said it was “likely to be a material deficit”.

Deborah Lee, who took over as chief executive of Gloucestershire Hospitals in June, said: “We deeply regret that the oversight of our finances wasn’t as strong as it should have been.

“We have taken immediate steps to stabilise the trust’s financial position, for example, we have reviewed our immediate capital spending priorities… and arranged a loan so we can access up to £20m to strengthen our immediate cash position.”

Ms Lee said the trust was commissioning a “full independent financial governance review to inform how we govern our finances going forward so this cannot happen again, and we will be putting a detailed action plan in place to bring our finances back on track”.

A spokeswoman for the trust confirmed to HSJ that Helen Simpson, Gloucestershire Hospitals’ finance director, resigned from her post last week.

“The director of finance resigned and Deborah accepted her resignation,” the spokewoman said.

They said they had been “fully briefed on the developments concerning the financial position of Gloucestershire Hospitals Foundation Trust and the proactive steps taken by the trust, including the decision to commission a full independent review of financial and governance arrangements”.

They added: “We acknowledge the pressures facing the trust, but believe strongly that moving forward, the right leadership is in place to stabilise their finances and to ensure that their internal procedures and oversight arrangements are strengthened.”

The Gloucestershire health economy previously had a reputation for relative financial stability.

HSJ analysis of published financial information in April suggested it was the only STP footprint that reported a net surplus in 2015-16.

Updated at 12pm on 20 September to include information relating to Helen Simpson’s resignation.