As NHS England struggles to establish itself, Jeremy Hunt has effectively filled the vacuum created by Sir David Nicholson’s departure and Simon Stevens is expected to be a miracle worker

Welcome to the eighth HSJ100 – our annual ranking of the most powerful and influential people in English health policy and the NHS. 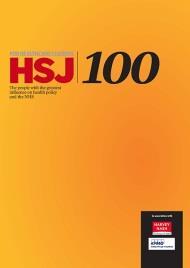 The HSJ100’s primary role is to be an accurate forecast of who will wield influence in the 12 months from December 2013. It does not seek a balance between genders, disciplines or different health sectors; it does not discriminate over whether power will be used for good or ill; it simply attempts to hold a mirror up to the leadership of the service.

It demonstrates that Jeremy Hunt has effectively filled the vacuum created by Sir David Nicholson’s departure and NHS England’s struggles to establish itself. It also demonstrates that Simon Stevens is expected to be a miracle worker.

The Francis report – and Mr Hunt’s fondness for rating and inspection – has established the Care Quality Commission as the foremost regulator. But just as interesting is the predicted rise of the NHS Trust Development Authority in a year when the financial chickens look set to return to roost in acute trusts.

In contrast, continuing uncertainty over Monitor’s role and competition policy – and the focus on quality sparked by the Francis report – has chipped away at its influence. The Department of Health, apart from those staff who directly carry out the health secretary”s wishes, has seen its power collapse.

There are no fewer than 15 practising or former GPs in the HSJ100 – the greatest number to ever appear in the list. The next 12 months is set to be a defining period for primary care. To a lesser extent, the presence of five senior local government or social care figures suggests moves towards making integration a reality will continue in 2014.