The Festival of Evidence: finding new ways to make decisions

The processes by which we make decisions in providing care services lack the long established evidence framework of clinical trials, but there is an opportunity to explore whole new ways of consensus building, writes Terry Young 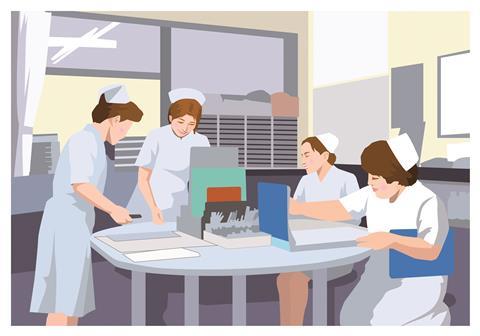 Staff have got plenty of ideas for innovating but they need the green light from above.

Getting the green light

The framework for evidence around medical decision making is well established.

It has taken more than 60 years to establish a system that routinely funds clinical trials, analyses findings, curates the knowledge and implements guidance. And it is well funded, costing billions of pounds a year globally in private and public investment.

‘In the world of service provision, there is rarely a single measure of success to be fulfilled’

By contrast, the evidence around how best to deliver care is still in its infancy.

Not that there is any shortage of measures – social scientists develop frameworks, compasses and worlds without any need to connect them up. Nursing and allied professions, too, have a range of measures, scales and instruments, independent of any unifying framework.

Health economists lay claim to the only universal de facto framework for rational decision making – economic resource. But such analysis must still be fuelled by evidence – clinical trials data, in most cases.

Meanwhile, clinical and healthcare stakeholders are increasingly recognising that evidence changes minds, and are running their own ad hoc experiments ­– a trend that is likely to grow as social and healthcare provision edge ever closer together.

In such an alliance we note that some social services will have little (if any) formal evidence to offer. Financial reports are full of data and analysis, but it is not clear how well aligned these studies are to operational decisions – or how the quality of care is affected as cost driven change is implemented.

‘Service innovators must persuade a diverse range of decision makers, each with a different concept of evidence’

Every now and again there is a high profile disaster.

Moreover, the “servicisation” of medicine - where procedures are performed at scale - introduces a new dimension to the discussion, and blurs the field with clinical decision making. This is because quality improvement can no longer be driven by trials that run two tracks side by side and attempt to isolate every factor, one at a time.

The likelihood is that improvement will be driven not by traditional randomised control trials, but through statistical analyses of data streams emerging from operations: costs, clinical outcomes or surrogate outcomes, together with tools designed to elicit softer measures around preference and experience.

The overall picture on service delivery, therefore, is of contested evidence and an absence of agreement about what really counts, or of methods that specify how to measure it in a busy environment.

Moreover, in the world of service provision, there is rarely a single decision maker to be satisfied, or a single measure of success to be fulfilled.

Service innovators must persuade a diverse range of decision makers, including financial managers, clinicians, human resources, not to mention their peers and professional communities, each with a different concept and context of evidence.

The Cumberland Initiative – a group of academics with expertise in simulation, modelling and systems thinking – is attempting to bring people together who want to change the way care is delivered, but who are not sure what evidence really counts.

For five days, the Festival of Evidence will look at evidence around processes – in the community, in hospitals, along patient pathways and at service interfaces – and how it can be used to model, predict, and generally make better decisions in designing and operating service.

There will also be time for people to share their experiences of finding the evidence to satisfy their many masters, or even to persuade themselves.

Supported by the Health Foundation, this is a new approach to community and consensus building. The invited speakers come from North America, Australia and the UK and include doctors, industrial modellers and academics.

There will also be time for people to share their experiences of finding the evidence to satisfy their many masters, or even to persuade themselves – it is a real chance to do things differently.