Employers that lose at tribunals face a 'quadruple jeopardy'

The new law under the Employment Tribunals Act could be seen as putting more pressure on employers to settle claims outside the employment tribunal to avoid penalties, says Makbool Javaid 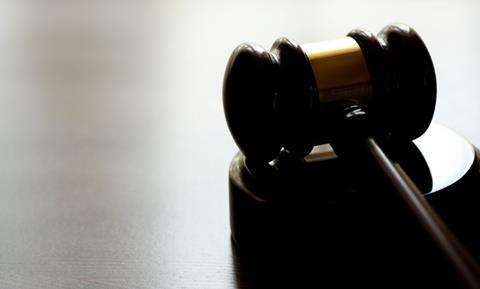 From 6 April under the Employment Tribunals Act, when employment tribunal concludes that an employer has breached any of the worker’s rights to which the claim relates and determines that the breach has one or more aggravating feature, the tribunal may order the employer to pay a financial penalty to the secretary of state.

The tribunal must take into account the employer’s ability to pay when deciding whether to order an employer to pay a penalty.

If the employment tribunal purely makes a non-financial award – for example an order for reinstatement – any financial penalty must be at least £100 but cannot exceed £5,000.

If compensation is awarded, any financial penalty imposed must be set at 50 per cent of the amount of the claimant’s financial award, subject to the £100 minimum and £5,000 maximum.

If the employer pays no later than 21 days after the date the written notice of the decision is sent to the employer, the amount of the penalty is reduced by 50 per cent.

The new financial penalty provisions do not prescribe the features that employment tribunals should take into consideration when determining whether a breach had aggravating features.

This is for the employment tribunal to decide, taking into account any factors it considers relevant, including the circumstances of the case and the employer’s particular situation.

The government’s explanatory notes suggest a non-exhaustive list of factors, which an employment tribunal may consider in deciding whether to impose a financial penalty under this section, could include the size of the employer, the duration of the breach of the employment right, or the behaviour of the employer and the employee.

The explanatory notes also suggest that an employment tribunal may be more likely to find the employer’s behaviour in breaching the law will have aggravating features where:

The employment tribunal may be less likely to find that the employer’s behaviour in breaching the law had aggravating features where:

The government justified a number of recent employment law reforms on the basis of reducing burdens on business and preventing costly tribunal claims.

But from 6 April, employers that lose in tribunal will face quadruple jeopardy in terms of costs. The costs will be:

The new measures could be seen as a balancing act in the sense of the government placing an extra penalty on employers, having attracted a lot of criticism for requiring claimants to pay fees to lodge a claim and then proceed to a hearing.

On the other hand, with the mantra of “conciliate rather than litigate” at the heart of the government’s strategy it could be seen as putting extra pressure on employers to settle claims rather than risk a “quadruple costswhammy”.

It could also be argued that levying a penalty is yet another back door route to putting money in the Treasury’s coffers, since it is the government that benefits from the fine and not the claimant who will not only have suffered a breach of employment rights, but will have done so in a way that a tribunal has found to be an act of wilfulness or malice on the employer’s part.

Makbool Javaid is a partner at Simons Muirhead and Burton solicitors