How leaders can embed collaboration in integrated care systems

The culture of shared purpose and joint endeavour demonstrated during the pandemic will be needed to ensure the success of integrated care systems. An HSJ webinar explored how collaboration can be embedded. Alison Moore reports 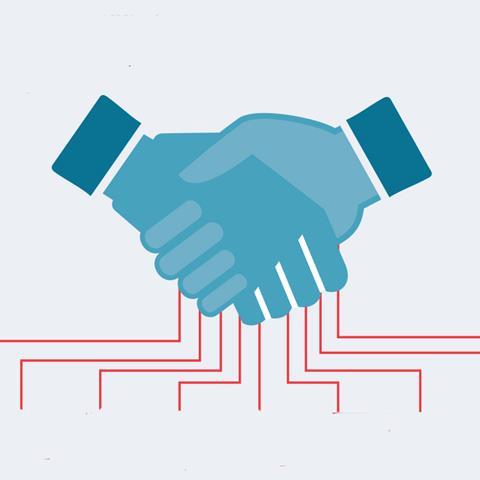 The covid pandemic saw NHS organisations and their partners collaborate as never before. The need to radically revise services, cope with a large number of patients requiring intensive care and ensure that people with other conditions were cared for as much as possible – albeit often remotely – drove unprecedented innovation and joint working.

The same sort of shared purpose and joint endeavour will be needed to ensure the success of integrated care systems which will need to redesign many pathways and motivate people to work in different ways. But after 18 months of dealing with a pandemic which has left many NHS staff – both clinicians and non-clinical - shattered how can this be done?

An HSJ webinar, in association with PA Consulting, looked at some of these issues and how collaboration can be embedded as ICSs develop.

Adam Doyle, chief executive designate of the integrated care board for Sussex and current ICS lead, said when he first worked in the county five years ago there were pockets of collaboration but it was not a system which embraced collaboration as the route to manage some of the big issues it faced – including a potential £300m deficit. But although these challenges can make people and organisations retreat into themselves, collaboration has improved.

A first step was to create a single vision across partners, recognizing there were organizational responsibilities which needed to be “cracked on” with but there were also other things which could not be tackled alone, he said.

Developing relationships was also important. “Trust is built, and it is built over many, many interactions. You can break trust in a second but it takes weeks and months and years to build it,” Mr Doyle continued.

He outlined how he had worked with partners to get them to share the things they were really worried about – which involved making himself vulnerable and admitting what were his concerns: “I had nothing to lose. The place had so much to fix that I could not do it by myself. You are trying to get them comfortable to say what they are uncomfortable about.”

And it was important to describe the journey through the lenses of partners such as local authorities who were very much place-based. “It’s about understanding perspectives,” he said.

Finally, actions speak louder than words, he said. When problems arose, it was important to tackle them together and do what had been promised.

The picture in ICSs was not homogenous nationally, said Helen Buckingham, director of strategy and operations at the Nuffield Trust. “But I have seen more progress on people genuinely working in collaboration in the last 18 months than in the last 18 years and even longer,” she said. Some of this had been dealing with covid issues but she felt it went deeper than this.

Ms Buckingham pointed to a much more aligned policy environment at the moment – with no need to have discussions about whether it was competition or collaboration as used to be the case. The financial environment had also moved away from payment by results and there were more leaders who “get” collaboration in their hearts as well as their heads, she said, and see their role as leading their organisation within a system.

“We have also seen a much greater emphasis on the health of the population than in the past,” she added. This meant looking at how to meet the needs of people who often had multiple long-term conditions and interacted with the NHS at various points.

But there were still some things which got in the way with some areas still having intransigent financial and quality issues. “While people might recognise the value of working in partnership, they have really genuine worries about the things they are accountable for,” continued Ms Buckingham. The performance management environment had not sufficiently moved on.

Historically there was a correlation between poorly performing organisations and leadership churn, she said. But in some cases she suggested leadership change could actually help and unlock the way ahead.

“NHS leadership now is not what it was 10 years ago,” said Mr Doyle. “Some of the leaders who take entrenched positions were asked to work in a certain way. As we make these big changes it is easy to forget that how people had operated has been the context on which they were asked to operate and they were successful in delivering that aim but now the success criteria have fundamentally changed and the challenge to leaders is are they able to change their leadership style to adjust to the new environment?”

And Ms Buckingham highlighted the volume of changes happening simultaneously at a time when staff – and leaders – were exhausted and were still under enormous pressure.

But overall she said she was pretty optimistic with some hope that the current reorganisation might actually make a difference to what clinicians did and what patients experienced.

PA Consulting healthcare expert Gareth Fitzgerald said that a meaningful shared purpose, trust and listening and empathy were important factors in successful collaborations. “People are getting much more detailed and specific about the purpose and making it measurable,” he said.

Systems who were really clear on what they were collaborating to deliver were making more headway than others, he said. He was seeing a focus on sharing resources, rather than just money, and on “win-wins” for all parts of the system which was helping areas to make good progress on collaboration.

There was a cycle around trust which could not really be skipped – “the forming, the storming, the norming and then the performing,” said Mr Fitzgerald. “One of the learnings we are now seeing is that people are building trust through shared endeavour with collaboration around the immediate challenges they are seeing on a day to day basis.”

Listening and empathy sound so simple but it so often not done, he continued. Relationships often become rather stuck but there could be ways to push ahead. “Every relationship is context specific. If you are struggling to change the relationship, can you change the context?”

But with these new roles leaders may need support, he suggested. “With the scale and complexity people may have to let go a bit…there may be a need to be able to say it is okay not to be able to be all over that level of detail,” he said. But data would be very important in giving people insight with this level of complexity in the system, he added.

But ICSs are not just about NHS organisations and local authorities – they will also work closely with the voluntary sector. Mr Doyle pointed out how diverse voluntary sector organisations were – some worked across his whole area, some in much smaller patches and the arrangements around working with them needed to reflect this.

“The best criteria are going where the energy is and going where there is an obvious need and people have the ability and local knowledge to change that,” he said. But the NHS should not try to overengineer how it worked with these organisations but just set high level objectives. Understanding this new way of working was challenging for some in the NHS leadership community.

“If you only come when you need something, this is not a trusted relationship,” said Mr Doyle.

But Mr Fitzgerald pointed out that the NHS only affected about 20 per cent of population health outcomes – the rest included people’s interactions with local government and the voluntary sector.

“There is a fantastic opportunity around the development of place and neighbourhoods,” he said. He and Ms Buckingham were working on a national programme of place development and the voluntary sector was very much part of this, he said.

“It is really about recognising the unique role of the voluntary sector and not trying to reshape them into a cheap bit of the NHS,” said Ms Buckingham, who is also chair of National Voices. The sector wanted its uniqueness to be recognised and to be commissioned to deliver something which would add value

“They are the people who can tell how it is. You may have an idea of how care pathways work but they can tell you what people actually experience on the ground,” she said.

But she added that the voluntary sector had come under pressure under the pandemic with increasing demand and reducing income. They needed sustainable funding which contributed towards their core costs.

An on demand version of this webinar is now available.

For those who had previously registered for the webinar, click here.

For those who have yet to register click here to complete the form. Details of how to access the on demand recording will then be sent to you via email.