Driving evidence based care in diabetes 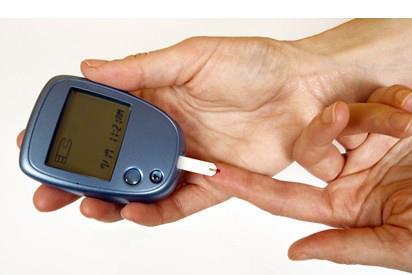 Diabetes care is estimated to account for £1 in every £10 the NHS spends: the majority of this is spent on the complications of diabetes rather than on patients with well-controlled diabetes.

So not surprisingly many areas are trying to encourage GPs and their patients to monitor and control diabetes and ideally prevent it developing in the first place. That was the aim of an ambitious project covering five clinical commissioning groups in North West London, which was highly commended in the primary care innovation section of the HSJ Awards last year.

The area had a population of 1.4 million, 70,000 diabetic patients and about 70,000 people thought to be “pre-diabetic” – in danger of going on to develop type 2 diabetes. With this last group, lifestyle modifications offer many a chance of delaying or avoiding developing the condition.

But there is often considerable variation in the care people get once diagnosed and one of the aims of the project was to ensure that this was reduced so patients were consistently getting high standard evidence based care.

What was striking about the scheme was its scale – working with 230 practices, says Dr Tony Willis, clinical director for diabetes in the North West London Collaboration.

The range of actions of the project was also immense – from using digital apps to help patients self care to incentivising primary care to provide high quality care to improving information flow across the system with a diabetes dashboard. It involved getting large numbers of healthcare practitioners to act differently, including the existing community diabetes teams and GPs.

The scheme has been able to demonstrate its impact by increasing numbers of people getting key elements of care such as the National Institute for Health and Care Excellence treatment targets. The number of people on the pre-diabetes register has also increased dramatically – from 200 to 60,000 – and the areas have been the best performer on the national diabetes prevention programme in the country.

The number of people achieving three key treatment targets identified by NICE increased by more than 3,000 in a year, and there were significant improvements in achievement of the nine care processes seen as the basis of good diabetic care.

Financially, there was an estimated £894,047 savings based on the three treatment targets model and a reduction in diabetes prescribing yielded annual savings of nearly £800,000 per year.

But most importantly the scheme is thought to avoid significant numbers of heart attacks and strokes and other complications, among the local population.

Since the awards last year, the scheme has expanded to cover eight CCGs. But that is bringing new challenges such as practices being on different computer systems, which makes providing equal functionality more difficult

“We are going to have big digital integration challenges of linking up hospital systems and getting people in hospitals and community providers to record information in a structured way rather than as free text,” says Dr Willis. “We are working on a single outcomes based contract for the whole diabetes pathway – effectively integrated care.”

It has also secured £2.3m in funding from NHS England and Dr Willis has been working to secure support from CCGs for continued improvements. This can be tough, he admits, as each CCG has its own governance and needs persuading of the business case for investment.

Assumptions about the potential cost savings from improving diabetes care – even if well-founded – can be met with scepticism. Against that the “do nothing” option also has costs, he argues, as the cost of caring for the growing number of diabetics rises each year.

Communication and engagement – including getting meaningful patient involvement – across such a large patch is also challenging.

As well as the highly commended last year, the scheme has won four other awards – something Dr Willis says “probably helps” but he jokes “there is a certain amount of prophet without honour in your own patch.”

“I don’t think people really get how much our work is respected in the diabetes field across the country – the award has helped with that a bit,” he says.

Sponsor’s hopes for the awards this year

Keith Nurcombe, managing director of DoctorLink, said: “We will be looking for an entry which is innovative and able to adapt to an ever changing environment. We know that there are huge changes happening in primary care and the really outstanding projects are those which respond to change while still keeping patients centre view.”