The NHS and British political leaders should take a leaf out of Sweden’s book, which annually organises a political week where all political parties, the public and private sector gather to discuss the issues facing the nation, exhorts Matthew Swindells 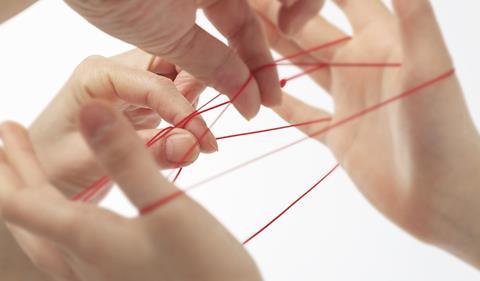 What would it be like to be trying to manage a health service in a mature democracy? One where the big issues of the day are debated as the complex matters they really are?

Where politicians, the public sector and the private sector could come together as partners? One where the most senior leadership see improving the health of the nation as a vocation rather than an opportunity for personal aggrandisement or political point scoring?

In an NHS beset by Brexit, reorganisation and political turmoil, it is hard to imagine such a circumstance and maybe such an idyll doesn’t exist, but a few weeks ago I experienced Sweden’s annual attempt to create such an environment.

Almedalen is Sweden’s “political week”. It has been running since 1968 when the then education minister and future prime minister, Olof Palme, decided he wanted to deliver a speech during his summer holiday in the stunning medieval town of Visby on an island off the coast of Stockholm.

This became an annual event and gradually grew until in 1991 it was disassociated from the Social Democrats and all the political parties, the public and private sector, lobbyists and the media, employers and unions get together and discuss the issues facing the nation.

Health, education, high tech, defence, infrastructure and environmentalism packed side by side – 45,000 people in a town with a usual residency 25,000.

Imagine all our party conferences happening at the same time, on the Isle of Wight. Politicians of all parties mixing with each other (even with members of their own party), with senior civil servants and with business – without unpleasantness or newspaper exposes.

The Scandinavian countries manage to do it. A few years ago I spoke at Norway’s equivalent event, Arendalsuka, and found myself, pint in hand, sitting outside a pub listening to a lecture on international interest rates (in English) next to the Norwegian finance minister.

I spoke at five events over three days, sharing platforms with politicians, hospital leaders, regional leaders, senior civil servants and patient representatives… We should think about why Sweden wants to have this open discussion and involve international voices in the debate

Almedalen is much larger and accommodation is at a premium, as a speaker I was allocated a room in an Airbnb with three other speakers. As a special guest of the Skane Region – think The Bridge and Wallander – I got my own room, not a bunk-bed!

They wanted to learn from and question how we were moving from transaction-based fund flows to health system planning – they want to do the same, how we had accelerated our health IT over the past five years – their perception was that we had gone from behind them to ahead in no time at all, and how we had tied our health strategy and our digital strategy together.

We should think about why Sweden wants to have this open discussion and involve international voices in the debate.

They have a reasonable claim to be having the best health service in the world, they spend a lot more money on their health service than the NHS; Sweden spends $1,400 per head per year more on healthcare than the UK (Organisation for Economic Cooperation and Development 2018), and their approach to public health is legendary.

However, they face the same challenges – long waits to access a GP (longer than England), growing waits for elective access, an ageing population and an increasing burden of long-term conditions.

They are self critical that they still have largely paper-based hospital records, a fragmented hand-off of patients both within the health system and between health and social care and they collect huge amounts of data that rarely impacts on direct patient care – which all sounds familiar.

And the emergent issues, such as high street pharmacy business models under facing competition from online providers, high levels of public concern about data privacy and innovators testing the legacy business model to destruction are the new normal in the developed health system.

I was particularly interested to learn that Sweden is wrestling with its own Babylon question brought about by a local company called Kry (which trades as Livi in the UK because it thought that the image of tears might not sell well in English).

The challenges that the NHS faces are common across the world’s best health systems. The future of the NHS depends on the self confident leadership both nationally and in every health system across the country

The interesting point wasn’t that the public want digital access to primary care and this is disrupting their traditional model, that is an inevitability; it was that, just like Babylon, their foothold didn’t come through a planned initiative to improve access.

It came through leveraging a loophole in the primary care funding rules – in their case that if a Swede accesses primary care in another region it is paid for through a cross-Region DRG payment.

As in England, officials are trying to work out how to incentivise this kind of service improvement whilst avoiding paying twice for the same service or undermining much loved primary care.

The challenges that the NHS faces are common across the world’s best health systems. The future of the NHS depends on the self confident leadership both nationally and in every health system across the country.

The confidence to embrace change, because the status quo won’t give the public the NHS they need in the future. The confidence to address the challenges of now – Brexit, waiting times, recruitment, and next – system working, prevention, digitisation, simultaneously.

And the confidence to believe that much of what the NHS does and has done over the past few years is admired around the world.

Don’t throw out what works because it predates the current leadership and be internationalist in working together to find the next generation of solutions.