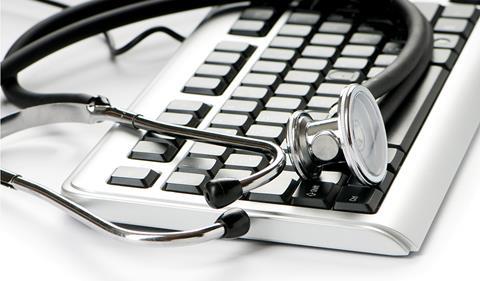 Many NHS and social care staff will have breathed a sigh of relief when they finished their education and wrote their last essay. Yet for some the prospect of sharing their views on integrated care was enough to make them reach for pen and paper – or keyboard – again.

“Daunting” was the word used to describe the process by many of the entrants - although one confessed to being more concerned about Mr McLellan than Sir David. For many, finding the time to write an essay amid busy work schedules was another challenge. Joining with colleagues from different disciplines helped and was, many said, very rewarding.

Charlotte Hopkins, a consultant in sexual health at UCL Partners in London, formed the winning team with a local GP Asiya Yunus and patient leader Fiona McKenzie. This not only spread the workload but showed that they were practising what they preached in promoting an integrated approach.

“Although it was very hard to find the time to write it, we got loads out of it,” she says. “It was really team-building.” Dr Hopkins likened the judging presentations to an edition of The Apprentice.

Ms McKenzie says they got a grilling from the judges. “But we challenged back around the role of patients. They took that very well and we had an interesting conversation about the responsibilities we can give lay people. It has been a fantastic experience, particularly for someone like me, who is new to the NHS and healthcare.”

Nye Harries, who works in the emergency care intensive support team at NHS Interim Management and Support, made up the second placed team with colleague Elizabeth Sargeant. He previously worked for the Department of Health on supporting whole system working, so the essay topic fitted his experience.

“I have worked for the health service for 25 years and have never come across that level of individual before face to face. There is a point when you realise you are going to be scrutinised very hard by people who know the subject.” What carried him forward was that there was a sense that there was nothing to lose and everything to gain.

For Ms Sargeant the contest gave her a chance to write about one of her passions - giving older people a voice in developing better care - and hopefully to get it more widely discussed.

“It was an opportunity to try to influence the future,” she says.

Toby Hyde, a senior strategy manager with six clinical commissioning groups in south London, has been shortlisted twice for the competition and confesses to feeling “like an X Factor contestant who keeps going to the judges’ houses”.

He believes there are benefits in having conversations with colleagues about entering in the first place, as they focus on some of the big issues in healthcare and throw ideas around.

The competition judges also benefited from the process.

Mr Finnamore says: “The process is really worthwhile and developmental for the authors. It encourages individuals and teams - often from different backgrounds - to come together.” He was impressed by the way the winners brought together three different perspectives on integrated care. But he suggests the judges also get a great deal out of seeing the optimism and enthusiasm of emerging leaders.

Mr Farrar says the entrants had “real energy for the fight” and impressed the judges with their emphasis on involving patients in designing services.

“There was a high level of challenge to the way that we have always done it,” he says. The most successful entrants not only had good ideas but had evidence of how they could start to work in practice. The challenge is then how to replicate and support some of the things they were doing.”

Sir David adds that the contest provides “an inspiring and reinvigorating opportunity for leaders in health and social care to debate some of the most thorny issues facing the sector with an emerging pool of new talent. The emerging leaders’ energy and approach brings an exciting challenge to the perspective of today’s established leaders, generating a two-way dynamic process of exploration and discovery.”