The challenges facing public leaders should not all be approached in the same way − sometimes political astuteness rather than heroic leadership is needed to get to the heart of complex issues. By Jean Hartley 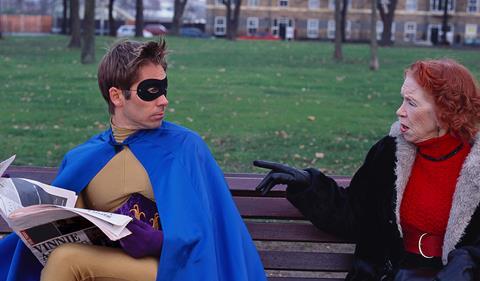 The idea envisaged by the previous government that “superstar” leaders would sweep into organisations and fix them with magic stardust was a false hope. Leaders are more constrained by context; the idea of the single heroic individual is only one element of leadership.

Leaders such as Abraham Lincoln and Nelson Mandela can make a difference against the odds, not as individual heroes but by using political astuteness, grappling with complex problems, engaging stakeholders and providing direction and hope.

A useful distinction has been made between “tame” and “wicked” problems. Tame problems, such as heart surgery or hand washing in hospitals, are complicated but not complex and are resolvable with agreed approaches to address them. The leadership role here is to direct attention and ensure there are processes and resources to solve the issues.

By contrast, wicked problems, such as childhood obesity, are complex and interconnected with other issues. There is little agreement on what causes them, exactly who is creating them and what the underlying problems are.

Leadership for wicked problems is fundamentally different, avoiding the heroic role even though many people around them will want it. It may need a range of stakeholders, including those who experience the problem, to be involved in the discussion, as well as changes in values, behaviours and attitudes from a range of people.

Leadership here is about orchestrating influence rather than solely acting with authority. Many of the difficult policy, organisational and network problems encountered by public leaders tend to be wicked problems. The mistake is to treat them as though they are technical problems that can be “fixed” by a politician’s speech or a manager’s command.

‘Leaders must understand the depth, variety and severity of problems but they also need to inspire hope in themselves and others’

These problems are more effectively tackled through leadership with political astuteness, by being aware of diverse and sometimes competing interests. A key feature of political astuteness is being able to read people and situations, and to carefully consider underlying as well as surface agendas, and what motivates people to engage in solving the problem.

My research with colleagues in Australia, New Zealand and the UK shows that public servants, on the whole, have a more constructive and sophisticated view of the need for political astuteness − not to be confused with political authority, which is the domain of politicians.

Research shows that some managers panic when faced with tough times, but using the frameworks of wicked problems and political astuteness may provide the mental space for public leaders to act more effectively to address a crisis.

In difficult situations leaders must understand the depth, variety and severity of wicked problems but they also need to inspire hope in themselves and others − and I don’t mean Pollyanna optimism, but a real sense of direction and energy.

We have much less research on hope in organisational leaders, though promising work is emerging from the NHS about it. More must be undertaken if we are to understand its role in tough times.