The NHS must manage the unmet mental health needs in prison

Mentally ill prisoners have complex needs and have to be managed in accordance of the law to avoid violating their human rights, say Joanna Crichton and Rajan Nathan 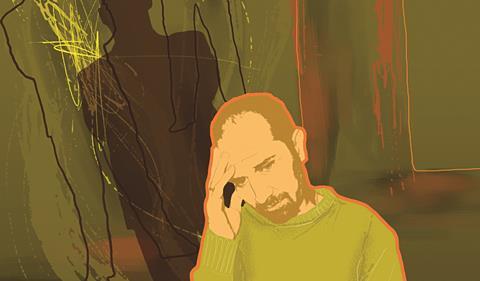 It is quite common for prisoners with psychiatric problems to have complex needs.

Mental illness symptoms are often accompanied by problems such as substance misuse and/or personality problems.

It is also not uncommon for there to be family and social difficulties, against a background of adversity in early life.

Moreover, the psychiatric risk assessment may have to take account of a diverse offending history.

Over the past 10-15 years, the provision of mental health services for prisoners has evolved significantly. Criminal justice liaison teams were an early development.

Although their function is conventionally more closely linked with the court process, there is often early involvement in the pathway of patients who are detained in prison custody.

Additionally, prison mental health inreach teams were established to ensure that patients who would elsewhere be subject to Care Programme Approach services would receive comparable care in prison.

‘Many patients in prison have significant unmet clinical needs’

In some prisons, practitioners/teams have been providing counselling and talking therapies. Highly specialised services, for patients with attention deficit hyperactivity disorder or personality disorder, have also emerged.

Despite the array of services available, it is generally acknowledged that there are many patients in prison who have significant unmet clinical needs.

A key decision for practitioners involved in the delivery of prison based mental health services is whether it is appropriate to introduce/continue treatment in prison or whether admission to hospital is necessary.

The legislative framework for the admission of a prisoner with mental health problems to hospital is set out within part 3 (or the “criminal” part) of the Mental Health Act 1983.

The choice of the act mechanism for admission is dependent on two key factors:

The act contains various provisions, which apply dependent upon whether the individual is in the pre-conviction, pre-sentence, sentence or post-sentence phase of the legal process.

The rationale for admission can be broadly split into assessment and treatment.

In the pre-conviction stage, under Section 35 of the act, the court may remand the patient to hospital for assessment of their mental disorder. Remand to hospital for treatment can be effected by Section 36, which requires evidence from two doctors.

Section 37 of the act: hospital order

If the individual is found guilty of the offence(s), consideration is sometimes given to whether a hospital order (Section 37) would be more appropriate than a criminal justice disposal, such as a prison sentence or a community order. This is a matter for the court and requires medical evidence from two doctors.

This is a critical decision: if a hospital order is imposed, the patient cannot be resentenced or returned to prison for the same offence.

If the individual is considered to present a risk of serious harm to the public, the court may impose a restriction order (Section 41) alongside a hospital order.

A hospital order is considered to be more humane than a custodial sentence. The focus is on treatment for the individual’s mental health disorder, and not the punishment aspect of a sentence.

The aim of a hospital order is to ensure that the offender receives proper medical care and attention, in the hope that this would reduce the commission of future offences.

A hospital direction can be combined with a sentence of imprisonment. This allows a court to direct that the prisoner be detained in a hospital, but following completion of the treatment, unlike Section 37, the individual is returned to prison to serve the remainder of the sentence.

Sections 47 and 48: transfer to hospital

Where mentally disordered offenders are remanded or sentenced to prison, the prison discipline and healthcare staff will need to manage any mental health problems as appropriately as possible. Prisoners may deteriorate or experience symptoms for the first time while in prison.

The procedure is that the prison healthcare staff will need to gather information to support and inform the transfer process and pass this to the Mental Health Casework Section of the Ministry of Justice.

Two separate medical reports, no more than two-months-old, will be required to demonstrate that the prisoner meets the criteria for transfer to hospital.

While this option is available, it is by no means straightforward to secure admission to hospital for prisoners in this way. The necessity of the involvement of the casework section can cause delay; further delays are often incurred in sourcing an appropriate bed for the prisoner.

Treatment for a mental disorder

When detained in hospital, patients can be treated against their will under Part 4 of the act. This may be necessary where patients have no insight into their illness and require treatment with medication - for example, depressive or psychotic symptoms.

When in prison, individuals are not detained under the powers of the act and it is therefore not possible to treat them for their mental disorder using the compulsory powers contained in the act.

This means that there are extremely limited powers to treat prisoners against their will for a mental disorder in prison.

In some situations, a power to do this would be extremely helpful, particularly if the prisoner is awaiting transfer to hospital and there are delays involved. Powers under the Mental Capacity Act 2005 are potentially available, but only if the prisoner lacks capacity to make the decision to refuse medication.

In that case, a decision in the individual’s best interests would need to be considered.

While there have been significant advances in the provision of mental health services within prison, acutely unwell patients in prison are not well served by the current arrangements. There are often delays arranging gatekeeping assessments from the patient’s catchment secure hospital.

Where the assessment is undertaken and admission recommended, a bed may not be immediately available, leaving the patient without the necessary interventions for even longer.

Patients with acute mental health problems awaiting transfer to hospital may be located on a prison healthcare unit where other prisoners with physical health problems are receiving treatment and where staff may not have sufficient expertise or resources to offer the necessary support.

In some cases, particularly if the patient’s presentation is considered difficult to manage, he/she may be located in a segregated wing on which the regime involves long periods of cellular confinement and prevention of face to face interactions with peers.

The option of specialist mental health centres within the prison estate has been raised in policy briefings.

The potential benefits include:

However, further consideration needs to be given to shaping appropriate models of care for the delivery of mental health services in such units and to the thresholds for admission to hospital.

Joanna Crichton is a senior associate at Hill Dickinson LLP; and Rajan Nathan is a consultant forensic psychiatrist at Mersey Care Trust and visiting professor at the University of Chester