Victor Adebowale: Leadership is about self-awareness not pushiness

Lord Victor Adebowale argues that leadership is a different beast to management, requiring emotional investment and values that are acted on 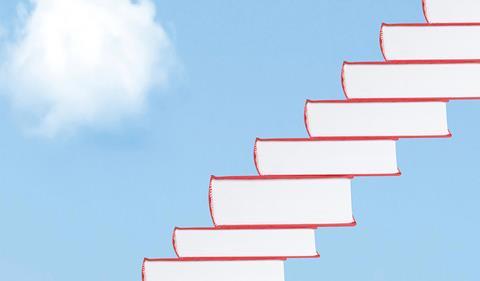 This is an article about leadership. Not in the abstract but about how it applies to the NHS. Its author has and does struggle with leadership as a concept and as a practice; what follows probably poses more questions than answers.

As Keith Grint states in his reader on the subject, there is the potential for more books and articles on leadership to be written than there are trees to supply the paper.

‘For me, the major requirement for good leadership in the NHS goes beyond the technical’

In light of the recent Co-operative Bank scandal, one might wonder whether there is something to be said for specialist leadership experience as a prerequisite for leadership in any context, including the NHS. However, some banks were run by consummate bankers, yet scandal still followed.

It makes me wonder if there is something inherent about leadership that is not about specialisation and does this apply to the NHS? I assume the answer is yes, although my observations of the NHS − which come from the position of being not only a patient but also from sitting on the board of NHS England, being a member of the House of Lords and as CEO of Turning Point, a partner to the NHS − lead me to conclude that this assumption is a minority one.

You could be forgiven for thinking that the requirements of being a leader in the NHS are very simple: you need to have completed the NHS management training scheme, be a middle-aged white male, have run a hospital and be able to meet targets, without alienating too many of the people you expect to help you meet those targets.

There are rare exceptions to the rule. But I have been asked to write about my views on what makes a good leader in the NHS, as opposed to my observations on its prevailing type of leader.

‘You could be forgiven for thinking that the requirements of being a leader in the NHS are very simple: you need to have completed the NHS management training scheme, and be a middle-aged white male’

For me, the major requirement for good leadership in the NHS goes beyond the technical, or the specific experiential, supplanted by the necessary letters of certification. I am struck by the fact that many of the scandals to come to light within the NHS have done so because non-specialists have pointed out an obvious lack of care − and they have been persistent in doing so.

In his work on leadership, Bill Torbert said that there are six types of leader: the opportunist, the technician, managerial, strategist, the magician and the ironist. Without going into detail, the point he makes is that to develop as a leader, it is necessary for a person to assimilate emotional maturity and that each move in developing leadership ability beyond the opportunist is hard won.

One reading of his work stated that the only shortcut is an understanding of oneself and one’s impact on the world, gained through psychotherapy.

Although psychotherapy may not be necessary, I would say the NHS requires leaders who are aware of who they are and their impact on others; a task that is not as easy as simply stating it.

The requirement for transactional leaders driven by targets has, coupled with a singular lack of insight, led to disastrous outcomes and the exact opposite of those intended.

It requires you to know yourself and to be yourself − everyone else is occupied. People follow people not automatons, and they prefer to be led by humans as opposed to being driven.

What makes leadership different from management is the requirement to invest emotionally in the change and the means to achieve it. This is because leadership deals with ambiguity and change.

The requirement for so-called “soft skills” are at the heart of the leadership challenge, not least because they are the hardest to understand, use and inculcate in others. Most change is delivered by teams, yet the unsophisticated “storming, forming, norming” model is still oft repeated.

Values matter. Most people in leadership positions can cope with a modicum of adversity but if you really want to test the ability to lead, give someone power. The misuse and ignorance of the appropriate use of power is linked to the idea that values can be stated and that it does not matter if they are not followed. This is all linked to the fallacy that urgency demands action, not values. The truth is very different; in fact, it is the opposite.

The alignment of leadership, values, purpose and resources is the only way I know of to create an effective organisation; it is the main work of any leader.

Lord Victor Adebowale is chief executive of Turning Point, director of Leadership in Mind and an HSJ BME Pioneer 2013