What the new Defamation Act means for the NHS 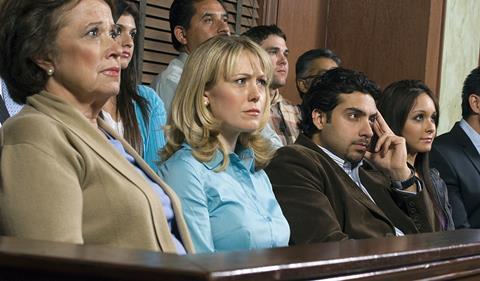 Several high profile campaigns have sought to amend defamation law in recent times and the Leveson inquiry has been influential in forging the Defamation Act 2013, which came into force on 1 January this year.

It aims to ensure a fair balance is struck between the right to freedom of expression and protection of reputation − both of which affect public bodies, including the NHS.

Generally neither the NHS nor government bodies can pursue claims for defamation; only individuals within those organisations can.

This has been the position since 1993 when Lord Keith, giving judgment in the case of Derbyshire County Council v Times Newspapers, said: “It is of the highest public importance that a democratically elected governmental body, or indeed any governmental body, should be open to uninhibited public criticism.”

While that may be a reasonable position to adopt, many consider it unfair, leading to a situation in which private entities, and those working for them, are able to defend their reputations more freely.

It is important to note that in certain circumstances NHS trusts will be able to use the law to protect their reputations and advice should always be sought.

Key changes from the new act

Sections 1 and 6 of the act are also significant. Section 1 introduces a new requirement of “serious harm”. Claimants will have to prove that material complained of is defamatory and that the material “caused or is likely to cause serious harm to the reputation of the claimant”.

A helpful definition of what is defamatory is that it would “tend to lower the [claimant] in the estimation of right thinking members of society generally”.

For the purposes of this section, harm to the reputation of a body that trades for profit is not “serious harm” unless it has caused or is likely to cause the body serious financial loss.

Section 6 deals with peer reviewed statements in scientific or academic journals. It offers some protection in this area by introducing a qualified privilege defence if:

Provided both of these criteria are met, publication of any assessment of the statement’s scientific or academic merit in the same journal is also privileged if:

If both of the section 6 requirements are satisfied, privilege will also apply to publication of a fair and accurate copy, extract from, or summary of the statement or assessment. However, a publication is not privileged by virtue of section 6 if it is shown to have been made with malice.

The new section 1 requirement might arguably be viewed as presenting a higher threshold than existing law. Companies will have a bigger hurdle to jump before bringing an action for defamation because they will have to show they have suffered “serious financial harm”.

However, it is arguable whether this actually does make any material difference from the current position, as a claimant considering bringing an action under the existing law must be sure that the damage caused is sufficiently serious to justify a claim, or their claim will be struck out.

Alternatively, it could be said that the requirement to prove “serious financial harm” has now put companies in a similar position to NHS bodies.

Instead of the company bringing a defamation claim, the claim is more likely to be brought by individuals associated with the company. Doing so would avoid the need to prove “serious financial harm” but will still require “serious harm”.

The issue will remain for public bodies that arguably any taxpayers’ money used to pursue or defend an action in defamation could be used for better purposes.

As for the peer review changes, some commentators do not believe they go far enough as the provision is limited to peer reviewed statements rather than academic or scientific issues generally.

There does appear to be inconsistency. Some people have expressed disappointment at the failure of a bid by Labour to bar private companies contracted to run schools, prisons or healthcare from suing people who criticise the work they do for the taxpayer.

Labour peer Baroness Hayter has raised concerns that members of the public may be reluctant to criticise “a wider − and growing − ring of organisations contracted or commissioned to provide public services”.

These companies will need to satisfy the requirements of section 1 but it does seem unfair that they are in, arguably, a better position than government bodies providing the same services, as they will retain the option of making a claim in defamation and could potentially use taxpayers’ money to do so.

Katie Mickleburgh is a solicitor at Hill Dickinson LLP