What would the NHS be like under Terry Leahy? 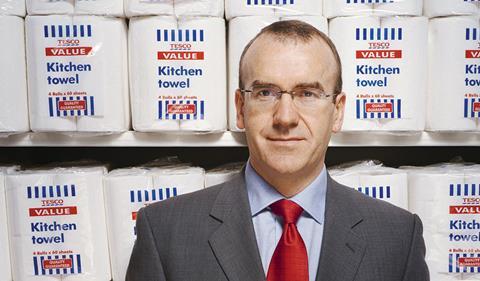 What would the NHS look like if it were run by Tesco? More specifically, what would it look like if its former chief executive, Sir Terry Leahy, were in charge? Until recently the question would have been hypothetical but two events invite us to contemplate it.

The first is Sir David Nicholson’s pre-announced retirement, leaving a vacancy at the top with no clear internal successor emerging from the pack. Mike Farrar, while clearly a strong candidate, is heavily connected with the negotiation of the GP contract. The other frequently mentioned possibility, Mark Britnell, seems to be off David Cameron’s Christmas card list. 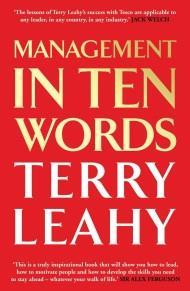 ‘Expect more, not fewer, targets under a Leahy reign. But we can be sure they would be customer focused’

The second event is Terry Leahy’s publication of a book on his time as chief executive of Tesco, Management in Ten Words. It is impossible to read this book without getting the impression that Sir Terry believes the NHS needs a good dose of his commercial medicine. Married to a doctor, he seems barely able to contain his frustrations at what he sees as the incompetence of the public sector generally, and the NHS in particular.

For the record, the 10 words are: trust, values, loyalty, courage, act, balance, simple, lean, compete and truth. So what would a Leahy NHS be like compared with the one Sir David will be leaving behind?

Ask any Tesco employee how long a queue at the tills can be: there is a set target. That does not mean they hide the trolleys or shut the shop when things get a bit difficult. It means they implement a centrally designed and uniformly implemented escalation system to quickly move staff to where they are needed. Everyone pulls together to make the customer experience better (and maximise sales, of course).

Expect more, not fewer, targets under a Leahy reign. But we can be sure they would be customer focused, not process driven, and that the response as well as the target would be centrally mandated.

Sir Terry is a huge advocate of choice, stating: “In the first six years of the 21st century, the largest four UK grocery retailers each introduced, on average, three new products a day.”

While that is all very laudable, the huge success of Tesco has led to less choice of supermarket provider for consumers and less of a choice of who to sell their goods to for many suppliers. A quick Google search for “Tesco anti-competitive behaviour” returns well over 70,000 results.

Expect a balance: competition where it works; benevolent monopolies where it does not. Sir Terry is concerned with results, not methods.

The area where Sir Terry might have the greatest impact is in the development of healthcare facilities. His approach is incredibly lean: only building what is necessary and replicating the same design across the country. With a nod to the environment, but also the balance sheet, he requires the majority of a store’s building materials to be recyclable.

It is one of his core values to listen to the customer. In one example he talks about using customer feedback to design a store: “They spent the money only where they would see the benefit and they understood spending less on the store meant lower prices.”

Say goodbye to bespoke hospitals taking 10 years to design and build, and hello to modular builds designed in partnership with staff and patients.

The book is packed with examples of real innovation – new and apparently small changes that transform both the cost and quality of products and services. The one that stands out for me is the use of rigid-sided, standard-sized crates for fresh fruit and vegetables. Tens of thousands of hours were being used to transfer items from shipping boxes into display stands. As well as the time taken, damage often occurred due to manual handling. By using a standard crate from the farm to the supermarket it was possible to remove all human contact, reducing food wastage and the time taken to restock the shelves.

Sir Terry emphasises that this innovative idea and others were generated by staff. They are motivated (through direct financial payments but also a wider sense of ownership) to identify improvements. They are given a clear process to follow for sharing them while maintaining credit for them.

Reading between the lines, the real trick seems to be having the power to influence the whole value chain. The innovation might come from the “shop floor” but it is delivered from the top down with ruthless efficiency. The benefits are driven by making everyone inside and outside the organisation fall into line.

Sir Terry explains the key here is great project management. This is typified for him by keeping things simple. While this is no doubt true, it gives insufficient credit to the fact that few farmers are likely to refuse to invest in the necessary new picking and storage equipment, for fear of losing large contracts.

The NHS is a system and not an organisation and the ability to influence stakeholders not directly employed would be a valuable skill.

It is worth distinguishing between two types of failure. The first is the failure to be competent in one’s role and to give sufficient commitment to the mission of improving the customer’s experience. It is clear from a number of anecdotes in the book that this is where Sir Terry and several colleagues have parted company over the years.

We all know someone who leaves a trust under a cloud one day only to appear somewhere else weeks later. It is hard to believe Sir Terry would ever have allowed a store manager removed for failing to perform in Doncaster to later pop up as the interim manager of Stoke’s Tesco Extra.

The other type of failure is the honest failure of trying but failing to improve something, or going the extra mile to meet a customer’s need but not quite getting it right. This is the sort of failure Sir Terry celebrates. He feels that if the values of the organisation are sufficiently inspiring and shared, then everyone should have the courage to act. Failure in this situation is an opportunity to learn.

In his words this “meant creating a culture where employees could take responsibility for their own actions, and dare to try something new − rather than constantly covering their backs. We had to let go, and accept that mistakes would be made.”

In a Leahy NHS there might be more failures but these would be welcomed as valuable failures by committed and talented people doing their best for patients.

This is the big one. The thing that really made Sir Terry’s career was the creation of the Tesco Clubcard. It is widely acknowledged that Tesco is great with data and the NHS is, in relative terms, terrible. But what can he bring to the NHS from his experience?

People are happy for Tesco to hold huge amounts of data on them because they get something in return and the process of handing it over is painless. The data is collected automatically and the rewards are clear and measurable.

In the NHS, we need to improve how data is collected, for example, collecting it once in the system and never asking for it again. We then need to clearly demonstrate to patients that we are capable of turning this data into predictive intelligence that make their lives measurably better.

While ‘every little helps’, I’m not sure the NHS is ready for wholesale adoption of supermarket-style economics. That does not mean it wouldn’t be fascinating to see Sir Terry given a shot at it.

The thing that would be most welcome is his relentless focus on truth. He says: “If I have to choose which of my 10 words is the most important, I’d say it’s ‘truth’. Seeking and speaking the truth is not only morally right but the bedrock of successful management.”

Craig Barratt is principal at AT Kearney