1
Anna Dugdale: 'I want to support every member of the team'
Leading the Way

If there’s one thing that Anna Dugdale carries with her from the NHS Leadership Academy’s Top Leaders programme, it is that it’s OK to be a leader, and to be emotionally engaged. 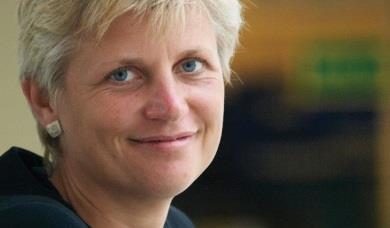 More than that, the chief executive of Norfolk and Norwich University Hospitals Foundation Trust says that for her, it has to be personal.

“For example, I spent some hours today with a family who wanted to talk about the care of a relative. We had made some decisions that had led to a particular outcome for this family, which hadn’t worked out well.

“The meeting was exhausting. But I think it’s a really important thing for chief executives to do regularly – it’s something I like to do when I can, and when I think it would be helpful to relatives and patients.

“My ambition for the trust isn’t something fancy, like being the best in the world,” she continues. “I want to support every member of the team to deliver care that we’re proud of. And to do that, you have to feel it.”

That she felt passionately about patient care, and that she was an emotionally engaged manager, was no revelation to Ms Dugdale when she attended the Top Leaders programme.

The difference it made was that she felt as though she had been given permission to lead in this way.

“The programme reinforced this,” she says. “It was a reminder that it’s not ‘soppy’ to lead an organisation while being emotionally engaged.

“Also, it underlined that there isn’t only one way to lead. It gave me reassurance that it’s OK to do it like that.”

Ms Dugdale joined Norfolk and Norwich in 1993, after a career in accountancy that took her from the City of London to various locations across the globe. She was appointed chief executive almost six years ago, after a stint as trust finance director.

‘I suffer from imposter syndrome: I think “Oh my god, they’re going to rumble me!”’

She decided to take the Top Leaders programme two years ago, after some deliberation. A mixture of small group and large group work, in several sessions over a 12-month period, it appeared to be a big time commitment.

“I think that probably, as a chief executive, you give all the time. It feels selfish to take,” she says. “The time commitment was such that it felt like this was quite a big ‘take’.

“But it was also a big opportunity. I believe that everyone can be developed, and that we can all always improve.

“Besides,” she adds ruefully. “As chief executive, when you take time to go to a course, it doesn’t mean the work doesn’t get done – you just end up doing stuff at the weekends.

“For me it was an investment trade-off that seemed worthwhile, so I did it.”

Ms Dugdale admits to feeling a little dubious about some of the sessions initially. For example, there was a diagnostic exercise to determine leadership style and how members of the group were perceived.

“I’m always dubious about psychometric testing, although this actually this wasn’t actually psychometric – it involved things like verbal and numerical reasoning.

“But I suffer from imposter syndrome: I think ‘Oh my god, they’re going to rumble me!’ I think a lot of people feel like that, maybe, particularly women.

“Anyhow the tests were fine, so thankfully I managed to fool them this time!”

As well as allowing her to reflect on her own style and attributes as a leader, the programme also stressed the importance of recognising the different contributions that others can make.

Indeed, her second big lesson from the programme was to ensure that all views are taken into account when dealing with an issue.

“I was reminded that, if there is a problem in the middle of the table, and there are a number of people round that table, then each will see a different problem,” she explains.

“That really gives you insight into different aspects of an issue – and can help you come up with solutions.

“But there’s no point in looking at it from one angle, because that just isn’t going to work.”

Ms Dugdale points to ongoing work in her own area to improve the flow of patients through the system. As with most other trusts, Norfolk and Norwich is grappling with how to reduce numbers of emergency admissions.

“From the acute hospital perspective, we want to move from bringing patients into hospital as emergencies, to treating them in the community,” she says. “Now that’s really easy if you’ve got loads of GPs with time on their hands, but of course there aren’t.

“The perception, however, might be completely different from an acute hospital perspective, compared to how it would be seen in GP land.”

Social work has yet another perspective, she adds.

“As an acute hospital, you can’t just say ‘go away, we’re busy’, or ‘we’re closed’. We can’t just ask people to come back later. But other parts of the system are under pressure too.

“The important thing is to keep the relationships going and to recognise where each other is coming from.”

Ms Dugdale and team have put this into practice in Project Domino, a system-wide approach to winter planning. This involves the acute trust, three local clinical commissioning groups and other organisations, such as those involved in social care.

“The idea is to share ownership of provision of emergency care,” she says. “And to do that it’s important to understand the concerns of the others round the table.”

You can’t look at one aspect in isolation, she stresses.

“The pressure point might appear to be the A&E front door, or demand for ambulances. But that’s just the symptom – the underlying disease, or presenting complaint, is actually with the whole system.”

The Project Domino name reflects the fact that all elements are interdependent, and stand or fall together, she adds.

The very fact of having attended the Top Leaders programme, which involved meeting and working closely with people from other backgrounds and disciplines, also helped her to attain a greater understanding of different perspectives, she says.

‘Being a leader involves making sure nobody is left behind’

“Sometimes you are working with people with whom you initially don’t feel comfortable. There can be a tendency to make snap decisions and put people in boxes.

“But actually that’s a valuable learning experience, because you can learn about an issue or a problem from a different perspective. I grew to respect and admire the people in my group – they were all passionate about patient care, and that’s what matters to me as well.”

The programme also reminded her to pay more heed to the pace at which others move. A quick thinker herself, Ms Dugdale now recognises the need to ensure she is taking everyone with her.

“Being a leader involves making sure nobody is left behind,” she says.

“If there are five people round a table, and one is thinking about the previous agenda item, then I’ve lost 20 per cent of the capacity that is supposed to be helping us come to a decision.

“We can’t afford to do that, so we have to make sure we move at a pace that suits everyone.”

It wasn’t so much that the Top Leaders programme revolutionised her practice, she says – rather, that it allowed her to reflect on how she interacts with other people, inside and outside her organisation.

Working with people from other backgrounds brought this home to her particularly sharply.

Following the programme, she believes her essential attributes remain the same, although the nuances may have changed. She is still a “ferocious” exerciser, often doing her best thinking on a long run or a swim.

She is still a big believer in the “your mum” test (“If care isn’t what you’d expect for your mum, then sort it out so that it is”).

She is still a good delegator, laughing that, if she didn’t delegate, she wouldn’t survive.

And she is full of praise for her loyal and caring team.

So what did change?

“It gave me the courage to lead in the way I want to lead,” she says, simply. “I met some fantastic people – we’re still in touch – from a variety of backgrounds, and it reminded me that everyone has something different to offer.”