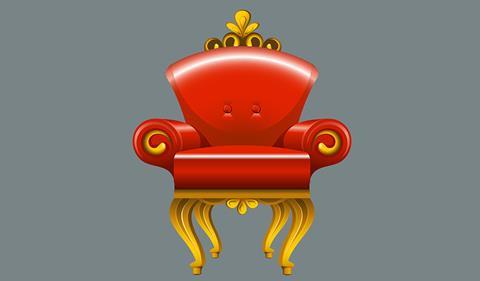 Powerful positions in the NHS tend to be dominated by straight, able-bodied, white men with similar life experiences.

It is important for the NHS not just to properly represent the communities it serves, but also because research shows diversity in all its forms is safer, more effective and efficient, and more innovative in leading successful organisations.

‘Influence is increasingly coming from a much more diverse group’

Top influencers are often those in positions of substantial formal power and therefore inevitably have a significant career behind them. The people who have led changes in the healthcare in the past 15 years are probably well represented in HSJ’s Top Chief Executives.

They have earned their position through time served or important contribution made, and will justly, for good or bad, be influencers of current decisions and patterns of behaviour.

One interesting observation about those in positions of formal power is what happens when they come to the end of their formal career or leave to pursue something different.

Some leave but remain active and involved on the outskirts of health, as influential as they ever were, and sometimes more so.

Others leave and their influence quickly dissipates: it was held in their formal position not in their person. Because of course formal power is not the only kind of influence: personal presence – how influence is held and released – matters.

We also have those who live to critique and commentate; those who have political savvy and sway; those who influence by dogged determination and resilience; and those that operate around the margins of people with power – the whisperers, in the seats behind the throne.

More interestingly, influence is increasingly coming from a much more diverse group.

Social media has played an enormous part in giving a voice to people who previously had no platform. It has helped us magnify the weak signals of influence that come from groups that used to be seldom heard, and who are not always from the top.

Think of the enormous influence on behaviour someone like Kate Granger has had; through social media able to launch a huge campaign, be recognised by the secretary of state, and positively touch the lives of thousands. WeNurses has demonstrated the power of creating a virtual community and the influence that it can have.

So what should we be looking for in our top influencers if we want people who are going to help steer us to a more successful and secure future for the NHS and the people it exists to serve?

What do you need to do to become one of those able to influence positively, a new future for healthcare?

Developing your own skill as an influencer needs some work and a good deal of personal insight, too.

The tendency is to think the things that engage you are the same as those that engage others. Leighton Andrews (Welsh Assembly member for the Rhonda) recently tweeted some top tips about influencing politicians on Twitter – and the list makes some good generic points.

He starts with the point that remembering what is of enormous significance to you is n-t necessarily of importance to anyone else, so do not assume it is. Influencing successfully is, above all, about understanding those that you want to influence. Successful influencers have different tools to use with different people.

Are you influenced by evidence, data and objective information? Or by feeling, emotion and a sense of connection? To be a successful influencer you need to be able to deeply understand people and work out what works for them. It is no use appealing to a person whose decisions are driven by data and evidence by sharing stories of people and narrative. Equally, do not appeal to those who are driven by their heart by presenting them with reams of data. It will mean nothing to them.

Often, the purpose of our influencing is to get people to change their mind, or act differently – to do that you need to understand their motivation. Fortunately the NHS is gifted with a purpose that is easy to rally around and staff from all professional backgrounds can readily sign up to. The shared motivation to do good and make a difference for others is a powerful draw.

But influencing positively means also looking outside your own boundaries. The success of the NHS relies not just on getting our service model right but in galvanising other organisations, different parts of the social care system, other organisations, players, leaders, movers and shakers around a single shared purpose. And those people often have different agendas, different motivations and a different core purpose.

Influencing them without any authority requires you to help them connect in some way to a shared purpose. Without that you spend all your time agreeing service level agreements, memorandums of understanding, ways of working agreements that are supposed to codify what working toward common goal actually is. Successful influencers transcend such contractual mechanics and are able to inspire a genuinely shared purpose. Control, which becomes increasingly impossible as complexity grows, becomes less relevant.

‘Simon Stevens’ position grants him enormous power and influence. I wonder who he listens to?’

I have spoken recently about Da Vita, an American firm that provides dialysis centres across the US. The delivery model is one of many thousands of small, geographically dispersed clinics run by small numbers of relatively low paid staff.

One way to manage this kind of organisation is to have layers of regional, supra-regional and clustered management structures that can performance manage each centre. This model, familiar to us though it is, is hugely bureaucratic, inefficient and expensive. The alternative is to inspire a sense of shared purpose and have a powerful, belief level, influence across all staff, so they lead themselves according to that sense of shared purpose.

Really successful influencers are able to galvanise the thoughts and actions of many, many more people than those who want to manage or control actions according to strict processes and imposed systems.

Developing your own influencing style and ability is the first step. The route through which you exercise that influence is also changing. Let’s look again at the categories of influence: political, positional, professional, press and personal.

Some of these categories will continue: those with political power will continue to exert their political influence as will those with positional power. Professional bodies and professional heads also hold positional power and influence as do the press. The secret is to look at to who sits behind them: who do they listen to? Simon Stevens starts his new role in April; his position grants him enormous power and influence. I wonder who he listens to?

‘Understand the circle of influence around the people in positions of power, this is a good way to amplify your own influence’

Who influences those with positional power and how do they change? My guess is that the people who had most influence over Sir David Nicholson will not be in the same position now that he is moving on. There will be a new group of people – maybe unknown so far to many of us and who will assume more influence in the system, because they have a existing relationship with the new power.

These are people with personal influence, often through connections and relationships. Locally you will have the same groups of people. You might be really keen to get your chief executive to listen to you but you do not know how to get to them. The next best thing is getting to the person they know, respect and listen to. Understand the circle of influence around the people in positions of power, this is a good way to amplify your own influence.

The most interesting group, for me, are the new influencers, who are using all these new routes – tweeters, bloggers and the social media experts who use their influence to reach thousands of people and make change happen.

Long live the new influencers. The weak signals on which we turn up the volume; the innovators; the creative people who now have so many more routes through which to exercise their influence. They are not on HSJ’s power lists yet but watch out, they will be soon.