The stepdaughter of a man who attacked and killed two patients on a hospital ward was told the national review of the incident was held up by a “dispute” over its terms of reference.

Rita Martin, who cared for her stepfather Harry Bosomworth, who had paranoid schizophrenia, also said in her only interview that key facts had been overlooked by the local investigation into the incident in Leeds, revealed by HSJ earlier this week.

She said she believed that a decision by Leeds Teaching Hospital Trust staff to transfer him to a nursing home, without warning her, exacerbated his paranoia that led to him attacking Ken Godward, 76, and Roger Lamb, 79 with a walking stick.

An investigation commissioned by LTH and Leeds and York Partnership Foundation Trust was completed in March 2016 but never published. NHS England subsequently commissioned its own investigation in early 2017, but this has been subject to substantial delays and only began work early this year.

Ms Martin told HSJ the NHS England investigation “has been nothing but delays, reviews, delays and reviews. I have given up hope to be honest”.

“I get a piece of paper every few months called a progress report. But the investigation is just not happening, it just seems to be going on and on.

“I had cause to ring NHS England six months ago because I was fed up with them. I spoke with Karen Conway [NHS England north patient safety lead for mental health] and she told me it had all turned into a dispute and the terms of reference were going to be changed.”

A whistleblower with knowledge of the situation told HSJ that LTH was behaving in a way which suggested it wanted the incident to be covered up, as reported earlier this week. There has been no inquest hearing into the deaths.

It is understood the investigation for NHS England will not reinvestigate the incident itself, but will review the findings of the earlier report.

That report into the attack at St James’s University Hospital detailed multiple missed opportunities in Mr Bosomworth’s care. But Ms Martin said the report got key facts wrong such as what she believed was a key trigger event for the attack – specifically transferring her stepfather to a nursing home without informing her – was not a contributory factor. 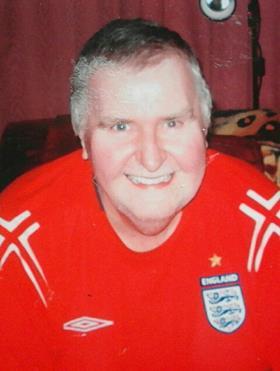 She said this decision, taken part way through his stay at the hospital after being admitted in January 2015, exacerbated his paranoia and led to his deterioration which culminated in the violent attack.

Ms Martin told HSJ her stepfather was a “sweet, gentle man” who was “absolutely failed” by doctors at the hospital. She said Mr Bosomworth, aged 70, “suffered terribly and was like a frightened child” as the effect of his medication began to wear off and he began hearing voices and hallucinating.

She said she went to the hospital a week before the attack and was told he had been transferred, and notifying her about this “had been overlooked”.

She located him at the home later that day where, she said, he was “absolutely petrified”. “It was horrific. He was talking to people in the room who weren’t there.”

She insisted on a GP being called to the home and demanded he be given his medication. Before this could happen, he was transferred back to hospital because, she says, he became aggressive in the home. “He never got that prescription and that kills me,” she said.

Pleading for his medication

Ms Martin said she wanted to speak out because her father “was a victim too” and patients like him deserved better care. She described how his mental health was repeatedly not addressed.

She called for improved training for acute staff in caring for patients with severe mental health issues and said clinical teams in the NHS needed to work closer together to ensure patients were cared for in the right place.

She said: “Every single time I went to see him I ended up at the nurses’ station begging and pleading for his medication. All they would say is ‘we note your concern and will pass it on to the doctors.’”

At one stage, a week before the fatal attack, she said: “He cornered me in the room and for the first time in 20 years I became frightened”. Again she pleaded for his medication to be re-started but a psychiatrist who came to the ward did not see her stepfather: “They never went near him,” she said.

The next day he was assessed by the mental health team who warned he was at “high risk” and needed his medication but the warning was not shared with hospital staff and wasn’t acted on.

Mrs Martin said: “He was absolutely failed and he suffered so much mentally. I think mental health is a massive issue. You can’t put mental health on a table, no one can see it, it can’t be seen on a screen.

After the incident when he was put on anti-psychotic medication again Ms Martin said her stepfather returned to his old self adding: “He had no idea what he had done, he had no recall at all. It wasn’t him, he wasn’t in control.”

Leeds Teaching Hospital told HSJ it apologised to Ms Martin for the care of her father and reiterated the steps it had taken since the incident.

The Royal College of Nursing and Society for Acute Medicine have also reiterated calls for better mental health training.

Stephanie Aiken, director of nursing practise at the RCN, told HSJ: “These devastating reports must act as a reminder that employers have a duty to create a safe working environment and patients deserve care from appropriately skilled staff.”

Society for Acute Medicine president Nick Scriven said “a total rethink” was needed on care for people with both mental and physical health needs. He said: “Recent changes will mean that more often an acute medical unit will be seen as a place of safety as an emergency department is no longer said to be a safe place.

“Staff and acute trusts must be aware of this and fully trained, or at least fully supported, by mental health specialists, but this will require extra resources at a time when the system is at breaking point.”