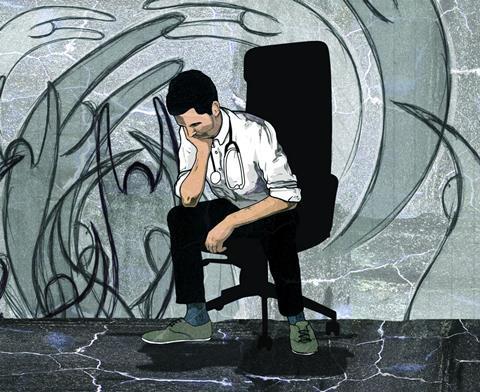 “If you want to know about a restaurant you should ask the diners,” said Matt Muijen, the former director of the Sainsbury Centre for Mental Health. Since the 1990s, this sentiment has been seen in action throughout the NHS. In think-tank reports, government policy and local services the message is: let’s get service users involved wherever we can. Thus, people whose primary qualification is having used services are now an accepted part of NHS decision making, recruitment, policy advice and professional training.

Service-user involvement has huge potential benefits. As consumers of health services, we all have something legitimate to say about lateness, tatty buildings, staff attitudes and the like. In addition, some users have been around services long enough to have a greater depth of knowledge than many staff. Experts-by-experience are also in a position to represent the views of other users who may not be able to speak to staff candidly.

Clearly there are limitations to the perspective offered by health professionals. In an area like mental health, which has a chequered history, it’s easy to see where things come up short. Users can even challenge what is defined as illness and what is perceived as “normal”. The best user involvement harnesses a passion for making things better and can take professionals to the person behind the diagnosis.

But there are also times when it’s a struggle to see the benefits. My experience as a clinician is that the upside of user involvement can be eclipsed by less productive contributions. Sometimes these are based on an assumption that the kind of passion and will to challenge, described above, are totally lacking in NHS staff. It can also be taken for granted that knowledge of one’s own difficulty confers automatic insight into someone else’s; and that using services equals knowing how to improve them.

Last time I watched Wimbledon, Tim Henman was in the commentary box. Despite his career as a top flight player I don’t recall Tiger Tim ever having been in the top 10 for talking, though that is the major part of a commentator’s job. The John McEnroes - who can do experience and expertise sublimely - are pretty rare.

Perhaps in common with many NHS staff I wonder if user participation has added much value to certain issues. Sometimes contributions seem not only uninformed, but driven by personal agendas, with people bringing frustration from all parts of their lives into the room. Here lies the fundamental problem with asking the diners: we all know what we like to eat, but this doesn’t mean we have any idea how to run a restaurant.

So what do most NHS staff do when service user input seems less than useful? Often I feel stumped, and stare at the floor. I’ll take a bet that at some point, many readers have done something similar. The mere fact that someone brings suffering with them can make it incredibly difficult to question what they say, in the way one might with other contributors. As a result, having a frank and honest discussion about service-user involvement has become an enormous taboo.

It is service users themselves who are most affected by the lack of plain speaking. This is because staff, who feel unable to respond truthfully, may take the easiest option: to ignore user contributions. If staff can’t question users as they would other colleagues, there is the danger that user involvement will become little more than an empty gesture.

Furthermore, those staff who do value user involvement, but would like to place it on a more formal footing, will find it extremely difficult to suggest that service users meet certain professional requirements such as job descriptions and codes of conduct. Desiring a more formal involvement means openly acknowledging that experience alone is not always enough, and that service users often need other knowledge and skills.

Legend has it that when Ben Bradlee (former editor of The Washington Post) was asked what he felt about the blogosphere and “citizen journalists”, he replied: “I don’t know. What do you think of citizen surgeons?”

Service users are involved in the NHS in many significant ways, including, in mental health, clinical interventions. If their contribution is to have any true meaning we must give ourselves permission to have, at last, a genuinely frank debate.