GPs in the East Midlands have rejected their commissioner’s bid to take on the primary care budget for its region. 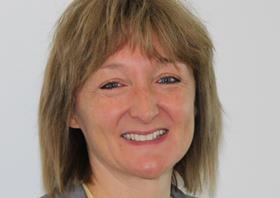 Carole Dehghani is chief executive of both Nene and Corby CCGs

The papers said the vote by member practices was split 51.1 per cent against and 48.9 per cent in favour. Almost 30 per cent of practices abstained or did not vote.

A CCG spokeswoman said the main reasons practices gave for voting against the proposal were “concerns about potential financial risk and rent reviews”. The papers also said GPs queried whether the CCG had the “right capacity [and] capability” to manage the delegated contracts.

The proposal was rejected even though neighbouring commissioner Corby CCG already has responsibility for primary care budgets and the CCGs share a chief executive, Carole Dehghani. The CCGs also jointly commission care.

NHS England had wanted the “majority” of CCGs to assume responsibilities for primary care budgets from 1 April 2017. The number of CCGs with full delegation powers as of April was 177, while 33 had joint commissioning or “greater involvement”.

Nene CCG confirmed it will continue with the co-commissioning arrangements in place with NHS England, but it wants to “explore” whether it can take on a “form of greater/shadow commissioning [to] build the confidence of the membership in Nene CCG [taking on] this commissioning role”.

It also wants to “maximise the flexibilities” it has under co-commissioning arrangements, partly to mitigate the risk that it may not now be able to fully control the emergence of GP new care models, or rent and maintenance issues that are managed by NHS England’s estates team and property services.

The CCG spokeswoman added: “There are no immediate plans to hold another vote although this is something the CCG will reconsider as future opportunities arise. We continue to work closely with practices to support them and to understand how we can ensure we manage their areas of concern.”

The vote took place in December and was conducted through the Electoral Reform Services. Each practice was given a single vote that was cast by the named or senior partner.

Nene CCG also released its primary care workforce strategy in the January papers. It said it would cost £7.2m to meet the annual cost of the additional staff needed to meet the targets in NHS England’s General Practice Forward View, plus £105,000 to implement and coordinate the strategy.