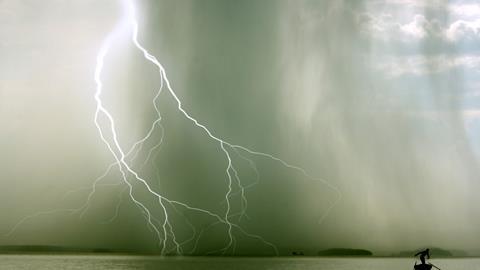 University Hospitals of Morecambe Bay Foundation Trust had done its homework on preparing for emergencies but, even so, Storm Desmond tested the organisation to its limits, as Helen Mooney discovered

Saturday 5 December 2015 was quite unlike any other day that Sue Smith, executive chief nurse at University Hospitals of Morecambe Bay Foundation Trust, had ever experienced.

An extreme weather warning was already in place across Cumbria as Ms Smith went to bed the night before. She knew that the rapidly approaching threat of Storm Desmond was likely to have some impact on the region and on NHS services.

But she says she never could have imagined the events that unfolded.

At 2am she woke to find her house in complete darkness as the storm wreaked its havoc. Hers was one of at least 60,000 homes left without power as whole towns and villages across the North West were completely cut off.

Across Cumbria the storm flooded over 6,000 properties and left in its wake huge disruption to the county’s transport network, with many roads closed due to flooding and structural damage. By the end of the night, over 1,000 bridges required inspection or work to repair them.

Ms Smith says that once she realised the seriousness of the situation she decided to phone the hospital to find out what was happening. She was unable to get through as phone lines and much of the mobile network had gone down, along with the power lines.

Driving into the hospital on her usual route it became clear that streets and roads had been turned into waterways as the storm lashed parts of Cumbria and Lancashire with more than a month’s worth of rain in just 24 hours.

Ms Smith phoned 999 and, once she explained who she was, the operator was able to put her through to the hospital.

She eventually reached the main hospital at 5am – nearly three hours after setting out on what would usually be a 30-minute journey. On arrival, she found NHS staff working side by side with the army, fire services and mountain rescue teams from across Cumbria and beyond.

“When I reached the hospital there was some flood damage and all electricity was out so the back-up generators were on,” she recalls. “We had enough fuel to keep us going for five days.”

Like any hospital trust, Morecambe Bay had done its fair share of disaster planning and practice. But the impact of Storm Desmond was, quite simply, off the scale.

The biggest challenge – and one that was both unprecedented and had not been planned for – was that all forms of communication had been brought down.

“The hospital and its staff had no way of communicating with each other or with the outside world as all the phone lines were down. The most worrying thing was that we had no way of contacting patients at home who were on ventilators and oxygen that required electricity,” she says.

The trust quickly organised teams responsible for making sure these patients were safe. One drew up lists of those affected and worked with the army and fire and mountain rescue teams to make sure those patients who depended on electricity for survival were brought into the hospital.

Another team set up a “home care ward” to welcome these patients and help them plug into the hospital power supply. 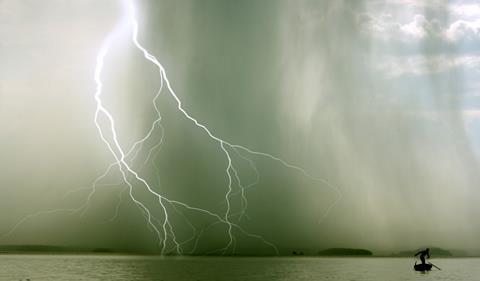 “One of the other challenges was that staff could not get into work, so once we did have phone lines back up and running we set up a dedicated emergency line for staff and we used local television and radio stations to advertise the number,” says Ms Smith.

Working alongside the army and communicating with staff again through local television and radio, the trust set up staff collection points dotted around Cumbria in order to bus them into work.

The trust was also forced to cancel all planned surgery for several days following the storm. The key considerations were how best to use the generator power and the continuing lack of certainty about which staff could get into work and whether patients would be able to make it to the hospital for their operations.

Ms Smith says that the surgeons who could not do their operations instead went to help out in A&E.

“Although it looked like we got back to normal quite quickly, a lot of operations and tests could not be done because people could not get in for routine outpatient appointments, so there was a lot going on in the background which meant we did breach some of our mandated targets,” she admits.

However, she says: “Our staff were amazing. All the planning and practice we had done for an unexpected major incident fell into place.”

Senior nurses rolled up their sleeves and went back on to the wards to make beds and free up capacity. The chief executive took bacon butties round to staff and patients.

“Canteen staff worked 24/7 and the army helped with getting supplies through,” says Ms Smith. “People were so adaptable and worked in ways and in teams they had never worked in before… Most staff went above and beyond what was expected of them and many off-duty staff came back in to help.”

She says that staff from neighbouring trusts in areas that were less affected by the storm also came in to offer their services.

“We found ways to quickly remove the usual bureaucracy in order for them to work with us immediately, and that has helped us to understand how to improve the speed of our recruitment process for the future,” she adds.

Gradually, things did get back to normal and Ms Smith and her team set about learning the lessons from Storm Desmond.

One of these was the communications challenge. She says: “We found out that it was possible to use old style mobile phones so one thing we learnt is to keep a stock of those available in future.”

More broadly, it has taught the trust management a lot about the people who work at Morecambe Bay. Ms Smith spells this out.

“What this incident has shown us is we do have a very flexible workforce,” she says. “It has given people the confidence to work in areas that they had never worked in before and shown us all that we are more adaptable and flexible than we realise because our professional and medical skills are generic.”

So while Ms Smith would rather not repeat the night of 5 December, at least some good has come of it.