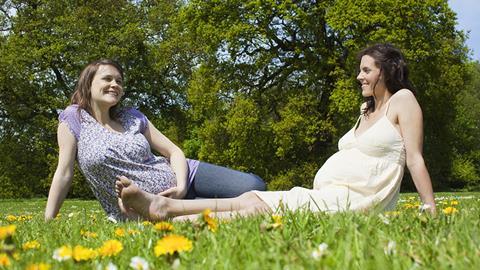 More government funding has been promised to increase specialist mental healthcare for mothers in the perinatal period but this is just part of the action required, writes Claire Read

Catherine Beard started suffering from anxiety at the age of four, but it wasn’t until she reached university that she was diagnosed with obsessive compulsive disorder (OCD).

Worries that her food might be spiked led her to stop eating; concerns she might inadvertently harm someone in her sleep meant she stopped sleeping. She was given medication and therapy, but when she had her first baby found her mental health deteriorated hugely.

“It’s like my OCD was amplified,” explains Ms Beard. “I had four miscarriages before my son was born, so my worries were all about keeping him safe – I was worried what I was eating might hurt the baby, and became obsessed about the baby’s movement. When it came to labour it was very difficult to have a natural delivery because I was so anxious, so it was an emergency c-section.”

Following the birth, she was discharged home – in large part because the local specialist unit for mothers experiencing mental health problems had no beds available. She received care from a community mental health team, but one which had no specific expertise in perinatal mental health.

When she had her second child, a daughter, her mental health took an even worse dip. By 24 weeks she was suicidal, yet a midwife assessed her as “emotionally well”.

Ms Beard’s story is a common one. The Maternal Mental Health Alliance – a coalition of professional and patient organisations – has created maps which show the provision of specialist perinatal mental health services. The one detailing community teams uses a red, amber and green system. If it were shown during election night coverage, it would be immediately clear to viewers there had been a Labour landslide.

That the result is potential patient safety issues is equally clear. Following the Morecambe Bay investigation – which established a series of failings led to the avoidable deaths of one mother and 11 babies – there has been a strong spotlight on safety in maternity.

Jeremy Hunt has indicated he will ask the new Healthcare Safety Investigation Branch to initially focus on maternity issues. And following the February publication of the National Maternity Review, the government declared an ambition to halve the number of stillbirths, neonatal and maternal deaths by 2030, as well as the rate of brain injuries that occur during or soon after birth.

There is little doubt cutting the maternal death rate will necessitate a strong focus on mental health in the perinatal period, generally defined as lasting from conception to a baby’s first birthday.

A study shows almost a quarter of all maternal deaths between six weeks and a year after birth are related to mental health problems, and one in seven women who died in this period committed suicide.

Increasing specialist provision is seen as an important part of the attempt to reduce that figure: the government has pledged additional funding to try to eliminate current gaps. Yet the situation is still a complicated one.

“Mother and baby units are funded through specialist commissioning, so central money, while the community perinatal services are funded through a combination of acute provision – so maternity provision, mental health, and children’s,” explains Jo Maitland, coordinator of the London Perinatal Mental Health Network, founded in 2013 to improve outcomes.

“It’s a complex area which requires joined up thinking, joined up planning, joined up commissioning. Providers need to build their relationships with commissioners to make sure there’s an understanding of why these services are needed and where the gaps are.”

Clinical understanding will also need to be boosted. “All the issues surrounding perinatal mental health are multi-faceted,” suggests Janet Fyle, professional policy advisor at the Royal College of Midwives.

“So you would look at training, awareness, referral pathways and the confidence of the midwives who come across women [with mental health problems] to be able to refer them onwards.”

Argues Ms Maitland: “Midwives and maternity services are absolutely key in this, because a large aspect of the safety component is picking issues up early in pregnancy. All women when they have their first appointment should be asked about their mental health history, and referred on to the right services or given the right support.

For Ms Beard, that sort of planning allowed her to feel much more supported during the birth of her second child. Given her history, she was referred to an antenatal psychiatric liaison clinic and had a planned caesarian section.

“I’d had three months of involvement by the psychologist, and I had a perinatal community psychiatric nurse who came to my home,” she explains. “The fact they were willing to make that investment in me gave me my life back.”

Better management of women with known mental health problems is only one part of minimising avoidable harm, however. There is also a need for a swift and appropriate response in the event of new illness, of the kind Ellie Ware experienced following the birth of her son.

“On the evening of my son’s third day I went up to bed but I don’t think I went to sleep,” recalls Ms Ware. “Then I remember being in the bathroom, but I couldn’t remember how I got there, and I couldn’t work out what was real and what wasn’t. It was like I was in a nightmare, and I thought I’d killed my son in bed.”

Her partner called the labour ward, who in turn called for an ambulance. After 12 hours in accident and emergency, Ms Ware was diagnosed with postpartum psychosis. She spent four months in a mother and baby unit.

It was an incredibly difficult time for her partner as well, who had a two and a half hour trip to visit her and their baby. “I think partners really struggle,” she says.

Mark Williams agrees. He experienced his first panic attack during the birth of his son, and would go on to develop post-traumatic stress disorder. “It was the thought of my wife and son dying,” he explains.

“All these doctors came in, and they said to me: ‘Mr Williams, your wife needs an emergency c-section.’ She looked across, saw me anxious, so I think she became anxious and obviously that affected the baby as well.”

His wife had also never previously experienced mental ill health, but she became very unwell following the birth. Living in Wales, where there is no mother and baby unit, they were unsupported by specialists.

He has since founded Fathers Reaching Out, which campaigns for improved perinatal mental healthcare for fathers as well as mothers. Through this, he has met other dads who have had similar experiences and has become convinced good communication from midwives can help reduce the trauma of difficult births.

“What doesn’t seem like a stressful time for a midwife can be a traumatic time for a father. One father said to me that the midwife said: ‘Say goodbye to your wife’ when she was going on a trolley down to a caesarian section. So he instantly thought his wife was going to die. Communication is massive: even seeing the tools during the C-section can be traumatic.”

The value of having staff who are attuned to perinatal mental health issues – and who can refer to specialist services – cannot be understated, according to Pauline Slade, professor of clinical psychology and consultant psychologist at the University of Liverpool’s Institute of Psychology, Health and Society.

“This is the time when we can actually influence the development of the foetus, we can influence the relationships that the mother is able to make with her new baby, and this is fundamental to the mental health and wellbeing of subsequent generations,” argues Professor Slade, who is immediate past chair of the British Psychological Society’s perinatal faculty.

“This is not just about a woman herself, it’s not just about the implications for her partner which are also significant, but it is so important for the wellbeing and development of her baby and their relationship, and hence the mental health of society for the future.”