A spirit of humility and collaboration must be inculcated in the “NHS Assembly’’ for the sake of co-designing and co-producing the 10 year plan for the service. By Jeremy Taylor 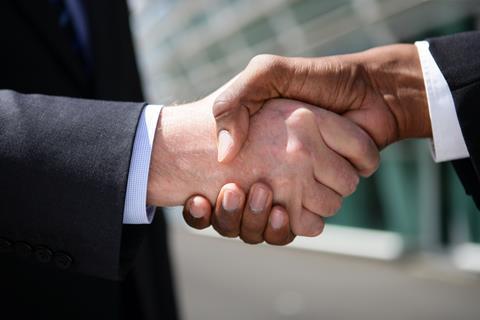 The new “NHS Assembly” announced last week offers the potential of purposeful engagement to shape the coming NHS plan for the better. What needs to happen to realise that potential?

HSJ recently reported plans to create this assembly as a forum “where stakeholders discuss and oversee progress on the Five Year Forward View and help co-design the proposed upcoming NHS 10 Year Plan”. The proposal appears in a joint board paper concerning the closer alignment of NHS England and NHS Improvement.

The case for co-design and co-production is increasingly accepted in the health world, but people mean a range of things by these terms – from radically sharing power with citizens at one end of the scale, to having a really buzzy workshop at the other.

For the national arm’s length bodies, the impulse to engage can clash with the preoccupation with “delivery” and with a prevailing top down culture.

A case in point was the fuss over sustainability and transformation partnerships, and their lack of engagement with local communities. STPs were instructed that their plans must reflect a shared vision developed with their communities. At the same time, they were told not to talk to their communities until their plans had been approved by the national regulators.

The health scene is strewn with similar examples. NHS Citizen – a mechanism for bringing public engagement into the heart of NHS England decision making – was launched with great promise but later pared down. An attempt at a wider stakeholder group around the forward view steering arrangements survived no more than a couple of meetings.

A People and Communities Board established to help realise the forward view ambition of “a new relationship with patients and communities” was sidelined, then abolished, despite its excellent work. (Declaration of interest, I chaired it).

But there are other examples to follow. The NHS Modernisation Board was a serious body supporting implementation of the 2000 NHS Plan. The NHS Future Forum, an independently chaired advisory forum, did necessary work to mitigate some of the worst aspects of the bill that became Andrew Lansley’s 2012 Act. The cancer and mental health task forces fleshed out ambitions set out in the forward view, under the chairmanship of prominent charity leaders.

So, what would constitute a meaningful role for the new NHS Assembly, as opposed to an exercise in window dressing? National Voices suggests that the assembly will need to pass the “3Ps” test: a clear purpose; an inclusive range of people; and sufficient power to make a difference.

The joint board paper equivocates about the purpose of the Assembly, envisaging a role for it both in overseeing the current forward view, and in co-designing the 10 year NHS plan.

Monitoring an existing plan is different from creating a new one. Can a single forum do both? What definition of co-design is being used here? How will the balance be struck between national and local, and between strategy and “delivery”? And what will be the terms of engagement between the Assembly, the arm’s length bodies and ministers?

As for who will take part, the board paper lists “national clinical, patient and staff organisations; the voluntary, community and social enterprise sector; the NHS Arm’s Length Bodies; and frontline leaders from integrated care systems, sustainability and transformation partnerships, trusts, clinical commissioning groups and local authorities”. This is a good start as far as inclusion is concerned.

But the NHS plan needs to address what really matters to people, drawing together the threads of healthcare, social care, public health and the wider determinants of health and ill-health. That argues for the inclusion of voices from the frontline of services – both providers and users. And it needs voices from different communities, especially those facing poverty, inequality and disadvantage.

Finally, what power will the Assembly have? Two dynamics are of particular importance here. The intention to co-design will be in tension with the imperative for political control by Treasury, Downing Street and the Department of Health and Social Care. How will that play out? And what steps will be taken to prevent patient, lay and community voices being drowned out by the professional voices?

There is much to learn from the engagement process that produced the Care Act 2014 and its secondary legislation and guidance. Here, there was a common overriding goal: the pursuit of improved wellbeing for people under a modernised legal framework.

Co-production started early. There was mutual recognition of and respect for the different kinds of expertise that participants brought to the process.

Above all, ministers set the tone by encouraging their civil servants to work closely with the voluntary and care sectors. It was a refreshing demonstration of humility and collaboration in government. Let’s hope a similar spirit animates the new NHS Assembly.