Health and housing coupled together can reduce poverty, improve health and reduce demand on the NHS, states Lord Kerslake 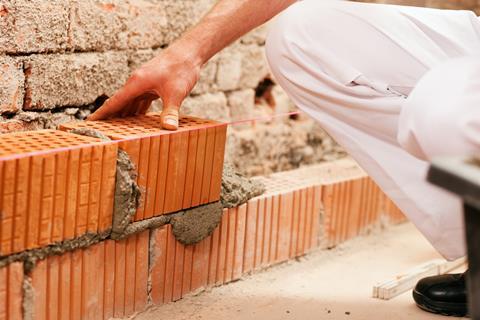 I am calling for an independent, cross sector housing and health commission. I do so for three main reasons.

First, because the sectors are inextricably linked. All the evidence suggests that good housing and interventions by housing providers can reduce poverty, improve health and reduce demand on the NHS. Housing related inequalities are estimated to cost the NHS a staggering £1.4bn a year.

Second, because both sectors are urgent national priorities for the government and the public alike.

And third, because neither the housing market nor the NHS are working as well as we need them to.

Last week we rightly celebrated the amazing work of health professionals as our health service turned 70 years old. But by the time the NHS reaches its centenary in thirty years we’ll need to have radically improved preventive policies if we are going to ease the burden on the service.

A commission could explore how housing can work with the NHS and other health bodies to improve efficiency and help improve patients’ health. It could also look at why it isn’t working at the moment.

We’ve found that most successful collaborations with the health sector tend to be inconsistent, sporadic and irregular. They often emerge locally from relationships forged effectively on the ground and are down to the strong will and determination of those involved who make them come about.

I’ll be meeting a cross sector set of experts from health, housing and social care to consider new and transformative ways of delivering greater community based, more joined up interventions.

There is always lots of discussion about joining up health and housing. It has been a policy aspiration for decades, but there is a long way to go. We need to get better at it.

As we mark the 70th anniversary of the NHS, we have an opportunity now to look again at how our sectors interact.

Peabody, which I chair, has been researching how landlords can improve the health and wellbeing of people living in our homes and communities. We have over 55,000 homes and 110,000 residents living across London and the South east. We also provide care and support services to over 8,000 people.

In 2012, we found that 71 per cent of our general needs residents aged over 50 have at least one long term health condition. The Department for Health and Social Care estimates that 70 per cent of total health spending is on long term conditions, yet the service is focused on reactive primary care.

In 2012, we found that 71 per cent of our general needs residents aged over 50 have at least one long term health condition

The focus needs to shift to preventive measures and social solutions. A prime example of what I mean is our Positive Steps Thamesmead programme. This was set up directly in response to findings that around 40 per cent of people visiting the local health centre were largely visiting because of non-biomedical concerns, such as isolation.

The housing sector is perfectly placed to relieve that kind of burden from GP practices. We’re experienced, and have unparalleled access to many vulnerable people. This made us wonder how we could better support these residents. We began running a series of pilots to see what we could do to help the NHS make the most of its finite resources.

In 2016, we published our first study, which investigated whether we could reduce demand on health services by supporting our older residents to live healthy lives. We found through intensive support from a dedicated health and wellbeing support worker, we were successful in reducing our residents’ hospital and GP attendance.

However, the service was too resource intensive for us to sustain, and after the lengthy intervention we found many residents had become dependent on our staff. We wanted to try a shorter, more efficient intervention, which was focused on developing the skills residents need to manage their health and wellbeing on their own.

To achieve these goals, we ran another randomised control trial with 261 of our over 50s general needs residents, using the Patient Activation Measure® assessment tool. This approach uses a 13 point questionnaire developed by Insignia Health that measures the knowledge, skills and confidence an individual has in managing their own health or “activation”.

Patients with a high PAM score are more likely to engage in positive health behaviours, including taking their medication correctly and maintaining a good diet. Those in our treatment group who were the least activated received coaching tailored to their needs, designed to encourage positive health management behaviours.

Our published findings are extremely encouraging. For those receiving the intervention who were assessed as having poor activation, we found a very strong improvement in their ability and confidence to self manage their health. Moreover, this improvement remained for at least nine months after the intervention ended.

However, for those who were in the least activated group, results were more mixed. We found some indications of initial improvement but this disappeared in the following months. We suspect that these residents may need support for longer than three months to sustain their improvements.

The findings of our latest study have already begun to influence our approach to how we deliver support services at Peabody. We now focus on coproduction of services with our service users and use asset based approaches, which emphasise their strengths rather than deficits. In other words, we are putting people first.

Our Here to Help floating support service in Havering now uses a targeted approach to sort people into streams dependent on their level of need, rather than the one size fits all approach we used before. We now deliver appropriate services to 2,000 people a month instead of the 150-300 we were reaching before, with no decline in our key performance indicators.

While our work has helped shaped our thinking, it clearly won’t solve all of the complex issues facing health and social care services. But we also know there are a range of other ways housing providers can help too.

NHS chief executive Simon Stevens revealed last week that there are currently 18,000 people stuck in hospital for over three weeks, mainly because they don’t have appropriate accommodation to move to. We run a number of hospital discharge services, such as Gloria House in Hackney, run for the Royal London Hospital.

This provides a peaceful environment for patients to recover, freeing up beds for other patients. This unit has allowed the hospital to avoid costs of over £200,000 since becoming operational last January. Imagine if there were hundreds of more discharge beds provided by social housing landlords and support staff? The difference would be significant.

NHS chief exec Simon Stevens revealed that there are currently 18,000 people stuck in hospital for over three weeks, mainly because they don’t have appropriate accommodation to move to

We also provide health and housing coordinators at several hospitals, assessing patients’ discharge needs and coordinating the necessary interventions to allow them to move out swiftly. Consultants at St Charles Hospital told us the wards using our coordinator were the only ones with available bed space during the crisis last winter.

I don’t think that’s a coincidence.

The success of these interventions are clear. That’s why I want to see the benefits of health and housing collaboration investigated and considered at the highest level of government. More funding is great, but let us look at the structures of the NHS, and indeed of housing and local government.

It’s no good doing it on an ad hoc basis. Let us have an independent cross sector health and housing commission, that clearly articulates recommendations to government. This would enable health, housing and commissioners to develop patient focused services, delivered in the community by housing and health service partners.

Lord KerslakeLord Kerslake is a former head of the civil service. He was chairman of Kings’ College Hospital from June 2015 to December 2017. He chairs Peabody, London’s oldest housing association.