At the end of July, less than 49 per cent of hospital services were achieving the 18 week RTT target, notes Rob Findlay

Last month, I noted that “We are very close to the point where achieving 18 weeks is a minority sport”. In July it happened.

At the end of July, according to the latest data, less than 49 per cent of local hospital services were achieving the statutory target that 92 per cent of the waiting list should be within 18 weeks.

So if you work in a specialty that is still achieving 18 weeks, then well done, because you are doing better than most.

In case that sounds like a benign situation, it is also worth remembering that these waiting times are very long at around 23 weeks, far exceeding the statutory target of 18 weeks. 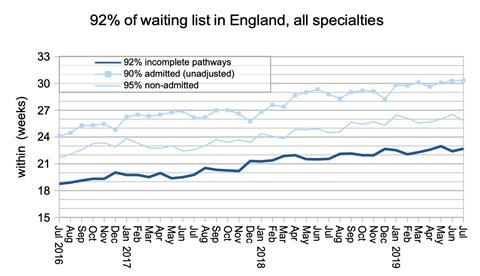 Turning briefly to non-reporting trusts, North West Anglia Foundation Trust dropped out of the data. According to their July board papers they are replacing their PAS.

There was little change in the size of the English waiting list in July, as it hovered around the usual summer peak. Autumn will be a crucial season for list size: in a good year the list shrinks in autumn towards the winter trough, but in a bad year it remains steady and then grows rapidly the following spring. 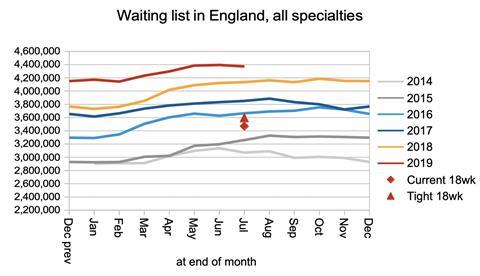 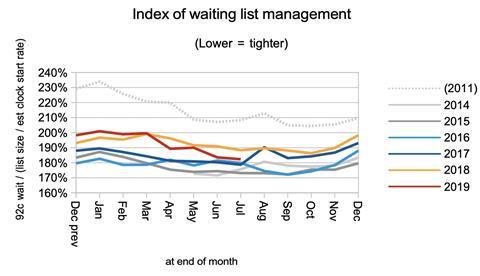 Admissions per working day were lower than any recent July, which (together with the continued exceptional pressure on A&E waiting times) point to ongoing pressures in hospital capacity. 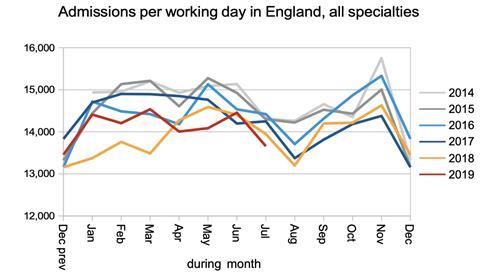 The number of one-year waiters has been flatlining since the dramatic achievement of last year’s target to halve it. 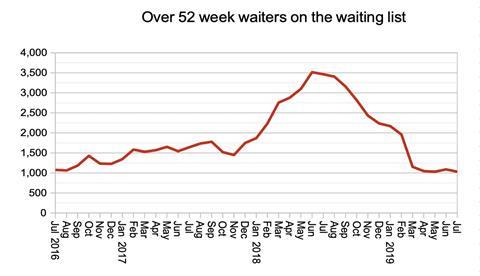 At specialty level, only geriatric medicine is achieving 18 weeks. The next shortest-waiting specialty is general medicine at 19.5 weeks. 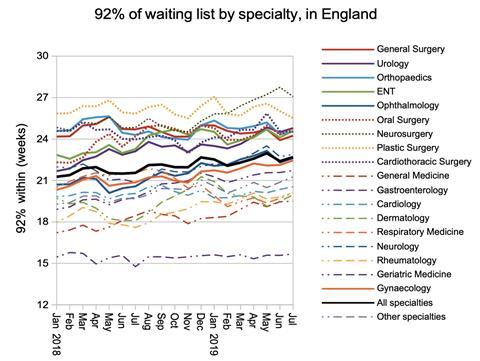 The headline news from the July data is that achieving the 18 week target has (as foreshadowed last month) finally become a minority sport. 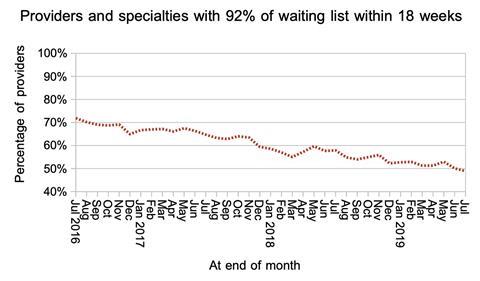 The chart above tracks where the chart below crosses the “18 weeks” line. As waiting times creep up across England, the proportion achieving the target has steadily deteriorated. 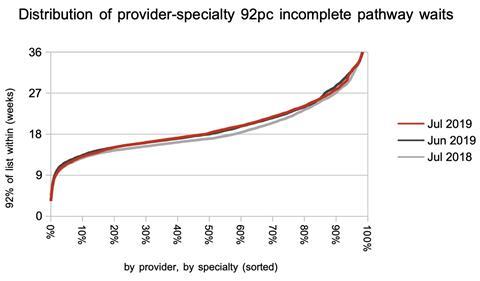 Referral-to-treatment data for August is due out at 9.30am on Thursday 10th October