New medical imaging technology can help to reduce waiting lists and improve patient experience, but many providers are reluctant to invest, as Ingrid Torjesen reports 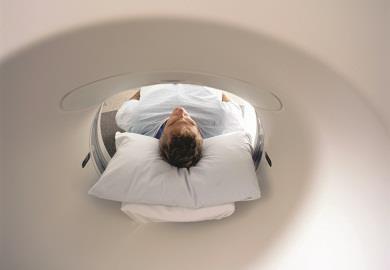 Medical imaging equipment in the UK and the rest of Europe is being replaced less frequently than recommended and this could have a detrimental impact on the efficiency of services and patient outcomes.

This is according to the European Coordination Committee of the Radiological, Electromedical and Healthcare IT Industry (COCIR), which has been surveying the age of Europe’s imaging equipment since 1996. Its most recent report, published in May, found “that in many countries the installed base is the oldest it has ever been” due to austerity.

“If the current trend is not reversed, European healthcare systems will be unable to meet the challenges of the next decade, including the ageing of its population and workforce, the increase of chronic diseases, patient security and quality expectations and healthcare system sustainability in the widest sense,” the trade association warns.

Last month, the European Society of Radiology launched a call at the European Parliament in Brussels for an action plan to modernise medical imaging across Europe, decrease patients’ radiation exposure, and develop key quality and safety indicators.

COCIR recommends that at least 60 per cent of installed equipment should be no older than five years, not more than 30 per cent 6-10 years old, and no more than 10 per cent older than ten years.

However, its latest survey, conducted in 2013, found that across Europe equipment for MRI, CT, PET CT and scanning, and x-ray angiography, was older than recommended, and that equipment in the UK was older than the European average. Just 43 per cent of CT scanners and about 46 per cent of MRI scanners were less than five years old in the UK.

Equipment in Eastern Europe is newer than in Western Europe, partly because Eastern Europe has made use of EU structural funds, says Nicole Denjoy, secretary general of COCIR. She suggests that NHS trusts consider bidding for a slice of the €11.84bn the UK is allocated under the framework for 2014-20.

On the back burner

This year the Royal College of Radiologists conducted a survey with the Society and College of Radiographers on the age of CT scanners in the UK. The results will be published next year. Dr Giles Maskell, president of the royal college, told HSJ its findings would be similar to COCIR’s.

“Of particular concern is that 10-15 per cent of our CT scanners are over 10 years old, which is really not optimal for patient care,” he says.

‘Of particular concern is that 10-15 per cent of our CT scanners are over 10 years old, which is really not optimal for patient care’

Modern equipment is much faster, which improves patient experience because they are confined for a shorter period. The space in which patients are confined also tends to be larger and quieter with newer machines.

Newer equipment also improves patient outcomes. Faster scanning times mean more patients can be scanned within a set time frame, reducing waiting lists and enabling patients to be scanned earlier at a time when treatment interventions may be more effective. New machines produce better quality images, meaning that early signs of disease are less likely to be missed and that scans are less likely to need to be repeated.

The latest scanners also expose patients to lower doses of radiation, reducing the risk of long term adverse effects in those who require multiple scans.

Older machines are more likely to have mechanical problems and breakdown. The issue of mechanical problem is compounded in the UK because it has a lower number of machines per million population than most other European countries, which means machines get worked much harder. In addition, more advanced applications are only available on the most modern scanners.

The college’s survey also looked at how trusts had purchased their CT equipment and their plans for replacing it. Around a third had no plans for replacement, which Dr Maskell considers “pretty alarming”.

The real concern is around the three in four CT machines purchased by trusts, he says.

“NHS trusts manage their capital on a year to year basis, and if they think a machine can hang on for another year then it tends to go on to the back burner and fall of the radar a bit.”

The remaining machines are obtained through a leasing arrangement or managed equipment service contract, which specifies when they will be replaced and upgrades.

Innovation is not always synonymous with technology. Over this series we have looked at innovating the procurement process, and at how a more innovative approach to integration of healthcare systems, would improve patient care and help to generate the efficiencies the NHS so desperately needs. Now, we’re going to focus squarely on technological innovation.

This week, the latest and most advanced medical imaging technology has been on display at the annual meeting of the Radiological Society of North America in Chicago, the world’s leading radiology conference.

If effectively harnessed, the incremental advances in medical technology have the ability to transform patient pathways.

For example, there have been radical improvements in diagnostic image quality; low dose capability; the speed of exams; remote servicing capability of imaging devices; the user interface, and the patient’s environment. All of these add up to a more effective and efficient system for patients and clinicians.

It’s a great concern to hear from COCIR that for much of Europe, including the UK, many hospitals are persisting with old equipment - sometimes very old - which neither has the same capabilities nor affords the same benefits to patients as newer technology. Hospitals are of course under pressure to make financial savings but I’ve long argued that cutting back or eliminating spending on technology to save money can be a false economy.

There are ways for cash strapped hospitals to access the latest technology without the burden of significant upfront payments. Long term service agreements and leasing arrangements are making a positive impact in healthcare. It’s up to all of us who work in and for the system to ensure patients and the system are able to realise the benefits of the technological innovations introduced year on year.

Too big to ignore

Having a plan for upgrading and replacing installed equipment is vital, Dr Maskell says.

“What we have often tended to do in the NHS is to over-spec our equipment when we purchase it as a sort of future proofing exercise,” this is because of the difficulty of securing funds for upgrades, and more useful enhancements that may become available at a later date.

Ms Denjoy says: “At the time you buy the equipment you need to make sure that first you have the right human resources behind it, and they are well skilled, in order to optimise the use of those machines, and you need to have a maintenance plan in place to make sure that it remains safe over time.”

The NHS was told to find £20bn in savings in the four years leading up to 2015, and trusts have focused on reducing capital and service inputs rather than outputs, because these were where large saving could be made quickly, says Jeremy Knight, head of healthcare finance at GE Capital UK.

“Efficiency savings now have got to be pushed down to the level of equipment in the clinical environment - it is a small saving compared to the other ones they have made but it’s no longer too small to ignore.”

Equipment such as MRI scanners can function for 10-15 years so this is how long the NHS tends to use them, he says, whereas their economic life span – when they can be used most efficiently and productively – is probably 5-6 years.

“A machine you install today is going to be far more efficient in terms of how quickly it scans, how many patients can be scanned in a particular period, and with better outcomes, which means that you have more productive use of the scanner and that impacts on staffing levels and has all kinds of cost impacts that are not transparent within the current system,” Mr Knight says.

In the private sector, equipment is replaced more frequently because decisions are based on the profit levels that can be achieved (patient revenue generated versus associated costs), whereas in the NHS it is “virtually impossible” to work out whether a radiology department is producing a surplus or a deficit, he adds.

A GE Capital survey also found that the NHS and private sector have different reasons for replacing equipment: in the NHS the primary reason is deterioration of existing equipment, whereas in the private sector it is opportunities for growth, such as intent to bid for NHS contracts.