Cancer drugs webinar: How to put a value on the priceless

A webinar in association with Roche brought together senior figures to consider how we assess the value of sophisticated drugs when the area is such an intellectual and moral maze. Report by Claire Read

Since its initial creation in 2010, the Cancer Drugs Fund (CDF) has enabled thousands of patients to gain access to innovative medications which might prolong life. 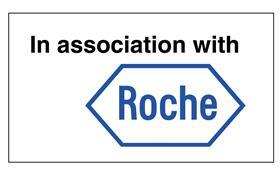 Roche in association with

It’s also far exceeded its initially intended budget, with costs growing year on year. So is it a success or a failure? How does one define value when it comes to cutting edge drugs where evidence may still be limited?

That was the complicated question on the agenda for a Roche webinar run in association with HSJ. A small expert panel gathered to discuss the thorny issue of just how to measure and balance patient benefit with financial value.

Their discussions took place in the aftermath of considerable changes to the CDF. In its original incarnation, the fund paid for medicines which the National Institute for Health and Care Excellence (NICE) had rejected for widespread NHS use – in large part, it was created to address concerns about the slow pace with which new drugs were being approved.

Watch the webinar here. It is entirely free to view. If you had registered for the live broadcast, simply enter the email you used at the time. If you’re new to the event, you will just need to complete a few brief details.

In the face of mounting criticism and spiralling costs, however, the fund was reformed. Since July 2016, NICE has been responsible for appraising all new cancer drugs. Any assessed to be potentially of value but not suitable for routine commissioning will be paid for through the fund, but only for a fixed period while further evidence is gathered.

‘NICE is good at directing the most cost effective care within a given budget, and that’s something the NHS needs’

Speaking at the September 2016 webinar, Dr Paul Cornes – consultant oncologist at University Hospitals Bristol Foundation Trust, and co-steer with the European School of Oncology working party on access to innovation in cancer medicine – suggested both approaches had benefits and drawbacks.

“Let’s be clear: the Cancer Drugs Fund was set up to make sure we could be at the top tier for access to drugs. And in that, it’s succeeded.

But, if you’re looking for a utilitarian answer: did that investment pay off? It didn’t, because we were using novel therapies; their value evolves over time.

“So Cancer Drugs Fund Two takes a different view; it says: ‘We’ll fund potentially useful treatments for two years for evaluation, and then assess whether it should then come under the normal funding umbrella.’

“There’s good and bad in that,” he continued. “I can understand why they’ve done it, it keeps a lid on the costs, stops it spiralling out of control.

But is two years too short a time horizon for patients whose cancer journey now can last for many years, rather than short term?”

For Mark Flannagan, chief executive of Beating Bowel Cancer, the methods NICE apply to assess value were also of concern. “I think the current evaluation system for medicines is based on a very rigid view about only one set of clinical trials, and so only one drug. It doesn’t look at the cumulatively effective treatments, plus surgery, plus radiotherapy,” he said.

It was a theme echoed by Richard Erwin, general manager at Roche Products Ltd. He suggested NICE’s judgement of cost effectiveness – deemed to be an intervention which gives a quality adjusted life year for a cost of between £20,000 and £30,000 – was outdated.

“We don’t believe that a single tool to assess the value of any medicine will work,” Mr Erwin said. “I think you’ve only got to look to the rest of the world, to other advanced countries [to see] they clearly feel the same thing. We’re not asking to throw out health economics, but I think what we’re asking for is flexibility within the system.

“We want an understanding that there are some unique situations on assessing the cost effectiveness of certain cancer medicines – quite a large group now, and a group which at no cost would not navigate the UK system. For me, that’s the craziness. You could say that if even if you gave this free, it would not be allowable in the UK system. And some of these medicines prolong life by way over a year, so the clinical benefit is substantial.”

He continued: “We need a flexible approach because cancer is unique in that you can see medicines come along and even though they prolong life by sometimes 16 to 18 months, because they also prolong all other treatments as well they cannot be [judged] cost effective.”

Adrian Towse suggested that it may be that traditional value assessments simply do not work for the field of anti-cancer therapies. “All the indications are that not just [with] innovative new drugs, but with some new things happening in radiotherapy and in surgery, we’re going to be able to do a lot more for cancer patients,” said Professor Towse, founder and director of the Office of Health Economics (OHE).

“So we have one part [of judging value] which is what [does] that opportunity cost within the NHS? But then we have another part [to consider] which is to what extent do we think we ought to be adjusting that [value judgement] when we’re looking at new innovative cancer products?

“And that might be for several different reasons. It may be for the importance of innovation and recognising the [innovation] life cycle. So that initial assessment may not be a very good proxy for longer term assessment, that may be one aspect. It may be there’s a clinical element that is particularly important in oncology that’s not well reflected within NICE processes at the moment that needs to be.”

Indeed, some argue the “new” CDF system simply serves to put matters back by several years. Mr Flannagan highlighted that the Cancer Drugs Fund when initially created was only meant to be a temporary fix – “a sticking plaster over a festering wound”.

“It was designed to be a bridge to the solution. The system was then supposed to be changed, but there are still issues around NICE’s assessment systems, which are still not being addressed. There’s been no movement about some of the basic lessons around standards and thresholds.

“What we have to do is explicitly say: ‘We believe that we’re on a pathway that will lead to a transformation of cancer and, like all innovation, its cost effectiveness is unknown.’

“The mentality is that this is a burden and a cost on the system that we need to manage in some areas, rather than [a mentality that] what we need to be doing is striving for innovation. NICE is structured around managing a budget, which sounds reasonable until you say [its] job is to look at effectiveness, look at innovation, and to look at benefit.”

Dr Cornes acknowledged it was never going to be possible to satisfy everyone. If the aim was to run a cost effective health service and maximise the health of the nation within a given budget, he said assessment by NICE was absolutely fit for purpose. But that may not be the only aim.

“What we have to do is explicitly say: ‘We believe that we’re on a pathway that will lead to a transformation of cancer and, like all innovation, its cost effectiveness is unknown.’ A drug that comes out now that may appear of low value may in combination [with another] 10, 20, 30 years from now, transform patients’ care. And so I want to bring through a raft of medicines.

“We need to work with the economists and say: ‘How do we value this transition period, when we move to genomic-driven medicine, truly personalised therapy?’”

He continued: “NICE is very good at directing the most cost effective care within a given budget, and that’s clearly something the NHS needs. There’s a second tier though that’s about innovation.”

Emphasised Mr Flannagan: “Unknown things happen when you start giving people innovation. That innovation then becomes the norm, which means it has to be followed up by other innovation.”

“The system we’ve got [now to assess the value of cancer drugs] doesn’t recognise that. It tries to compact everything into a narrow timeframe, a narrow budgetary approach. And it’s not flexible enough, as simple as that. It doesn’t take account of reality. And the devastating impact of that is in five, 10, 15, 20 years’ time, we are going to have a health service trying to deliver drugs within a system that doesn’t even recognise what those drugs are doing.”

This webinar and report were developed with Roche Products UK, which fully funded both as well as suggesting the topic. Roche reviewed the content of this piece to ensure it was factually accurate and compliant with appropriate regulations. Final editorial control remains with HSJ.