Keeping staff engaged on the way to FT status 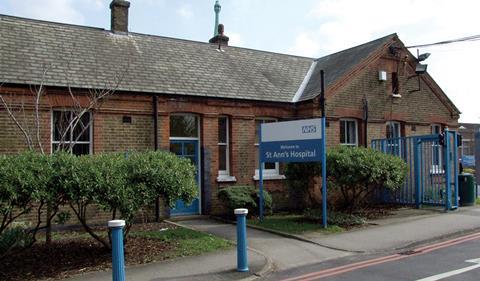 Ask the chief executive of Barnet, Enfield and Haringey Mental Health Trust about its current priorities and her response speaks to the demands being made of today’s NHS leaders. Maria Kane, who has led the organisation since 2007, is soon explaining the £12m-£13m in cost reductions made for the past three or four years. She then speaks about the efforts to ensure mental health patients are only admitted to local acute care when strictly necessary.

‘I think it’s fair to say the bar for foundation trust status has never been higher, particularly post-Mid Staffs’

“We are supporting the local acute hospital with the rapid assessment interface and discharge system,” explains Ms Kane. “It means we are not just helping to prevent unnecessary admissions, but we’re also working in the hospital, ensuring that those with dementia or an underlying mental health condition are supported, pulled through and out as quickly as possible, and then supported in the community.”

She calls it “a real win-win for the local health economy” but also says it “makes far more sense for patients, because clearly a patient with dementia is not going to have a very good time in hospital and potentially won’t be able to reorientate to come home again and live in the way they did before. Trying to avoid that is absolutely key.”

The trust has reduced its own bed base by close to 30 per cent in the last four years − “We’re below the national median on usage of adult mental health inpatient beds, which is very, very good for a London provider serving a population with significantly higher than average deprivation” − and cut some lengths of stay too.

“For occupied bed days for older people’s inpatient services, we’ve reduced them by 58 per cent and we’re about the best in England on this particular performance measure,” she reports.

Are we there yet?

All these on-message improvements and projects mean, Ms Kane admits, that “it’s a little bit galling” that there is one achievement the trust is yet to complete: foundation status. She sees keeping staff enthused in the ongoing application as one of the key challenges of her role as chief executive.

“It’s a little bit like kids in the back of the car asking: ‘Are we there yet?’” she says. “Our staff are very keen to be acknowledged that we are operating at a very high level, and that we seem to be doing all the right things.

‘We will carry on having to deliver high cost improvement plans and high quality. That’s life in the NHS now’

“But I think it’s fair to say the bar [for foundation trust status] has never been higher, particularly post-Mid Staffs,” she continues. “How we’ve dealt with it here is that we’ve always seen it as something that runs alongside [our work] rather than being an aim in itself. We keep our focus on our patients, we carry on putting one foot in front of the other and trying to continuously improve.”

In some ways, the prolonged application process has been beneficial. It has offered an opportunity to continuously engage with staff and listen to their views. “We had a very positive staff survey last year and in a rather challenged local health economy, I think that’s a real tribute to staff feeling engaged and understanding the context in which we have to work now,” reports Ms Kane.

“We were among the best in the country for having highly motivated staff, and there was also recognition that our managers provide a good level of support. That has been one of my main areas of focus: really promoting management capability and clinical leadership.”

This sort of development has even greater significance in mental health care, Ms Kane argues. “We don’t have expensive scanners and technical equipment; we just have the ability to ‘unlock and unblock’. So the discretionary effort our staff are prepared to make goes a long way into really having a high-quality experience for our patients. The translation between a happy, engaged and motivated workforce into very direct improvements in patient experience is a very obvious equation.”

Ms Kane is optimistic that workforce will eventually get the recognition that FT status confers, but says the work will not end there. “The journey doesn’t stop once you’re an FT,” she points out. “We will carry on having to deliver high cost improvement plans and high quality. That’s life in the NHS now, isn’t it really?”