Financially troubled NHS trusts have paid interest charges of more than £180m on their short term cash bailouts from the Department of Health and Social Care in the last three financial years.

The payments follow a policy change in 2015, which meant providers drawing down interim cash support would be expected to pay the money back with interest. 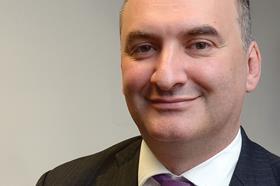 Chris Wormald said the interest rate system would be reviewed

The new system has been heavily criticised by policy experts and NHS Improvement’s former chief executive Jim Mackey. The DHSC has previously defended it but on Monday said it would be reviewed.

An increasing number of trusts have struggled to maintain their payments to staff and suppliers due to their large budget deficits. This has left them reliant on cash loans from the DHSC that have replaced the non-repayable support payments trusts received prior to 2015-16.

Under the current system, trusts are typically charged an initial interest rate of 3.5 per cent on the loans but can often replace these with a longer term deal at 1.5 per cent. However, if a trust is in financial special measures it is charged a higher rate of 6 per cent.

Experts have likened this to “kicking someone when they’re down” and doubt whether many of the loans will ever be repaid. Mr Mackey described the policy as “totally pointless”.

Concerns around the interest rates were also raised by the National Audit Office in January.

In a Commons public accounts committee hearing on Monday, Chris Wormald, the DHSC permanent secretary, said the system would be reviewed to see “whether that’s the right mechanism going forward”.

Shadow health secretary Jonathan Ashworth requested the interest payment figures in a parliamentary question, after the issue was raised in an article on hsj.co.uk last month.