Hard to reach groups: Making a call on the mobile

A London outreach service is using groundbreaking technology and X-ray diagnosis from a mobile van to help people living on the fringes of society. In association with Cepheid 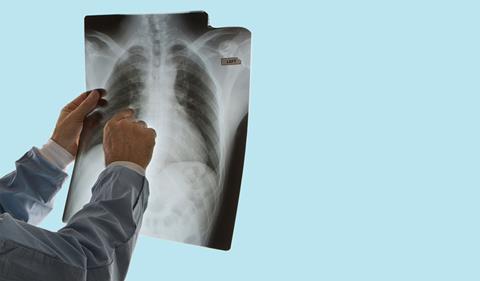 Healthcare systems tend to be built around patients who have addresses where appointment letters can be sent. Patients whose lives are ordered and stable enough to assume they will be able to attend hospital at a set time and who, moreover, will have the resources (financial or otherwise) to physically attend an appointment.

However, people living on the margins of society, such as the homeless or those with drug and alcohol problems, often have serious medical conditions that go undiagnosed and untreated.

In an environment where patients may be living transient, chaotic lives, and where there may be mental health and other health, societal or environmental factors at play, the challenge is not that effective treatment is unavailable, it is getting patients to engage with health services for long enough to be diagnosed and treated.

Without appropriate support, they may not have the awareness to practise harm reduction strategies, therefore potentially exacerbating their condition. Equally significant, where conditions are infectious, there is a risk that disease may be passed to others.

One solution, of course, is to take services out into the community, on to the streets - to reach out directly to the patient. But even that can be a challenge if diagnosis cannot be achieved in a convenient location or, as in the case of a disease such as tuberculosis - an increasingly common and deadly disease for people living on the streets - it is notoriously difficult to diagnose even in a stable, acute setting.

A pioneering mobile testing approach focused on this demographic is achieving remarkable results, with more than eight out of 10 people identified with TB going on to complete treatment.

The London TB Find & Treat specialist outreach service, based at University College London Hospitals Foundation Trust though covering the whole capital, is using a combination of X-ray diagnosis from a mobile van and pioneering technology offering instant, point of care tests to confirm a diagnosis of the disease at a level of specificity akin to lab-based testing.

People living on the streets or misusing drugs and alcohol often find it difficult to recognise that their symptoms are due to TB; they may have a persistent cough, but put it down to their lifestyle.

Falling through the cracks

“This pathogen has found its niche in the most disadvantaged sections of society,” says London TB Find & Treat clinical lead Dr Al Story. Indeed, as UCLH highlights on its website, London is now the TB capital of Europe, and has more cases annually than the Netherlands, Belgium, Greece and Norway combined.

The normal way of diagnosing TB is for a patient to make an appointment to see their GP. If TB is suspected, the next step is referral to hospital for an X-ray, with the results going back to the GP, who then follows up with the patient.

‘The molecular diagnostic test can give a result, on site, within two hours’

But this process, clearly, requires someone to be registered with a GP in the first place, to have a form of contact where they can be reached for the details of the hospital appointment and for them to understand and engage with the process.

Therefore it is not hard to understand how the sorts of patients being reached by the London TB Find & Treat service often fall through the cracks of a conventional NHS approach and why, as Dr Story argues, a very different approach is often required.

“The only way we will make a dent in the risk of transmission and delayed diagnosis is to get the service to the people,” he says.

The service’s van has been offering mobile X-rays since 2005, seeing about 10,000 people a year. But, until recently, for patients needing further diagnostic testing the only option was still a hospital setting, with the danger then being that they would disengage from the process and become “did not attend”, with the associated risks this poses to themselves and the community.

A further difficulty with the conventional hospital based testing approach is that three-quarters of suspect X-rays turn out not to be TB.

The cost, both financial and in terms of time and effort, of healthcare staff having to accompany sometimes reluctant patients to hospital, as well as assessing, testing and following up, can be significant.

‘An advantage of being able to secure an earlier, quicker test result is that it can limit the number of other people who have to be traced and tested’

That’s where a resource such as the Cepheid Xpert MTB/RIF test can make a difference. The molecular diagnostic test can give a result, on site, within two hours. It has been used by the London TB Find & Treat service since December 2011, at which time it was believed to be the first example of “near patient” TB testing in Europe.

Dr Rob Shorten, a clinical scientist at the Royal Free London Foundation Trust, worked with the London TB Find & Treat service to introduce the test. He says it is easy to administer and of high specificity - indeed, the Royal Free uses the same test in its standard, lab based TB screening.

“It is a very good molecular test. It has very good sensitivity and specificity in comparison to the other tests we use.”

Other advantages are that it can indicate antibiotic resistance, requires less input from clinical scientists and can be more cost effective when considered as part of the patient pathway.

In addition, the test can be used as a negative screening tool; a negative result provides confidence that the patient is not infectious, even if they are subsequently confirmed to have TB.

For the London TB Find & Treat service, Cepheid also sourced containers that minimised staff contact with the sputum sample, which is a crucial health and safety consideration.

A further advantage of being able to secure an earlier, quicker test result is that it can limit the number of other people who have to be traced and tested because they have been in close contact with the patient. Being able to rapidly diagnose in this way can also limit the time a patient suspected of having TB has to be kept in isolation.

The results speak for themselves. The Cepheid Xpert MTB/RIF test is, of course, just one part of the London TB Find & Treat service, but the fact that 84 per cent of people identified with TB via its mobile operation go on to complete treatment is an impressive result.

“We work with over 200 third sector partners, in every single London borough,” says Dr Story. “Together we have to build a package of care that reflects the needs of each person. From their perspective, TB is just one of their problems.”

But the service’s success, in conjunction with Cepheid, is in tackling TB and engaging “difficult to reach” patients more effectively. It has a public health potential that goes beyond simple TB diagnosis and treatment, argues Dr Story.

For example, many patients tested for TB may also be at risk of other diseases, especially blood borne viruses such as hepatitis. The unit could potentially offer them a range of diagnostic tests and capitalise on their engagement with the health service.

As Dr Story says: “When people are engaged in the right way they are really keen to get it all done - to have a one stop shop.”

Yet such delayed result reporting can lead to patients being left untreated or placed on ineffective therapies. If untreated, patients may continue to spread MTB to others in the community, increasing the disease burden.

Alongside this, clinicians are wrestling with an increased incidence of multi-drug resistant (MDR) and extensively drug-resistant (XDR) TB strains. This means the need for fast and accurate TB diagnosis with indication for the drug resistance is greater than ever.

Xpert MTB/RIF is an on-demand molecular testing solution that can detect MTB even in smear-negative, culture-positive specimens. It can also offer simultaneous detection of both MTB and rifampin-resistant mutations, which are markers for MDR strains. Acceptable samples include raw sputum and concentrated sputum sediments.

Gary Holden on the tool that adds more punch to prescribing

As any clinician working with tuberculosis will know only too well, one of the constant challenges of TB is the fact it is difficult to diagnose.

The gold standard patient pathway for the diagnosis of pulmonary TB involves an X-ray, followed by three early morning sputum samples, followed by - if necessary - a CT scan and further investigations, such as a bronchoscopy.

While it is possible to move to treatment quickly if all the clinical aspects point in the direction of TB, the absence of a positive smear can result in a potential eight-week wait for a positive sputum sample culture.

From the patient perspective, that means eight weeks of worry and uncertainty while waiting for the tests to come back. And then, of course, the treatment itself carries its own risks and side effects.

While it is not a panacea, a tool like the Cepheid Xpert MTB/RIF test can offer you greater specificity in your testing. It can, for example, help to validate a suspicion you might have that you are dealing with multi-drug resistant TB (MDR-TB).

It is a useful tool in providing us with greater certainty that we are dealing with TB, as well as MDR-TB.

Two of my recent cases spring to mind which highlight this only too well.

In the first, a Polish patient presented with unresolved pneumonia. Acid Fast Bacilli (AFBs) were seen, a culture was requested and therapy was started. However, six weeks later, the culture result came back showing MDR-TB.

We got there in the end, but there had been six weeks of less than optimal treatment and potential exposure risk for unmasked NHS staff, not least myself.

In the second case, a Bangladeshi lady was screened on arrival in the UK, and referred to the clinic. We knew there is a higher risk of MDR-TB in Bangladesh and so, by using the Cepheid Xpert MTB/RIF test, we were able to identify straight away that this was indeed TB, and almost certainly MDR-TB, and commence the appropriate treatment pathway. We were also able to treat her at home, in the community, rather than in an acute setting.

Essentially, if your gut instinct is telling you that a patient is presenting with TB, it is another tool in your armoury that allows you to move quickly to prescribing medication, and to prescribe with greater certainty. Ultimately, anything we can do to ensure that the patient is diagnosed swiftly and with confidence can only be good.