Roundtable: Putting patients at the centre 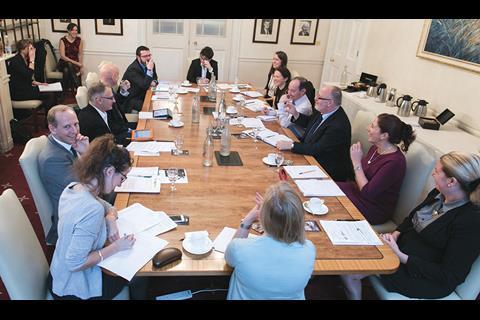 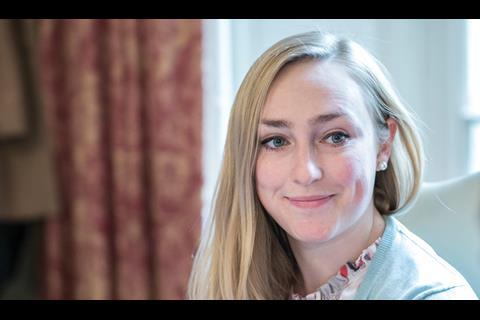 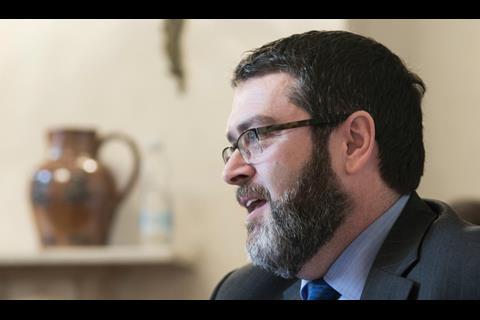 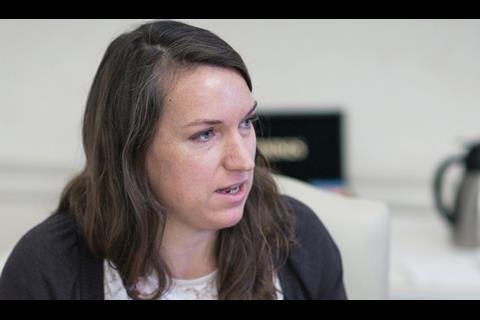 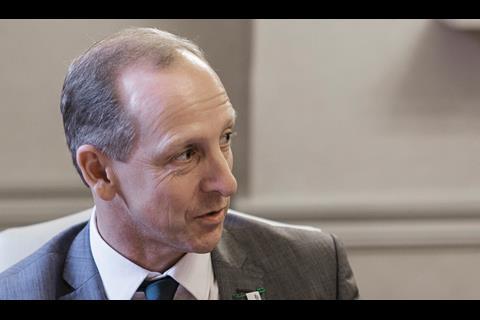 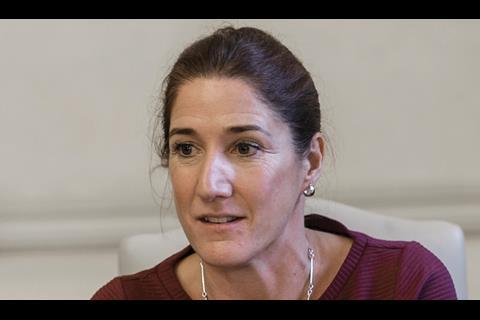 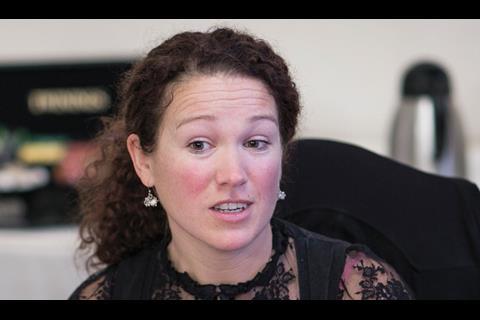 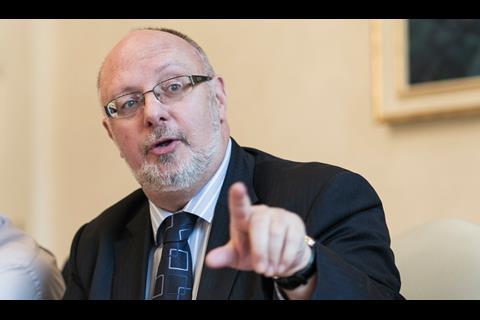 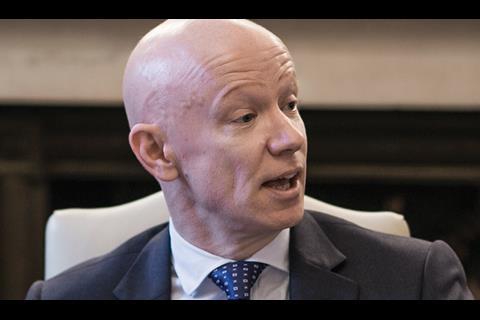 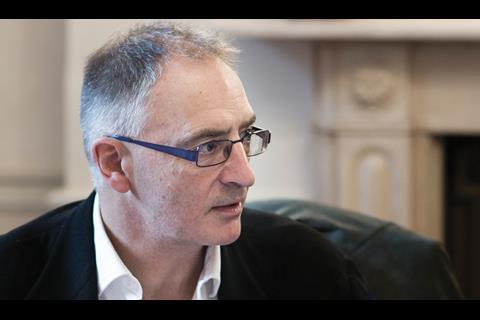 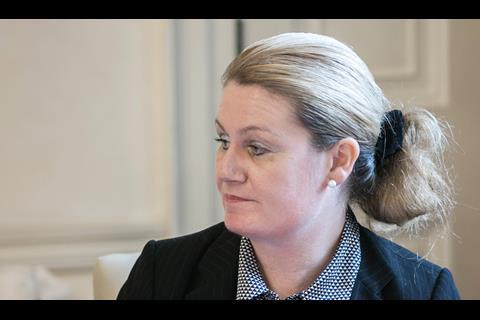 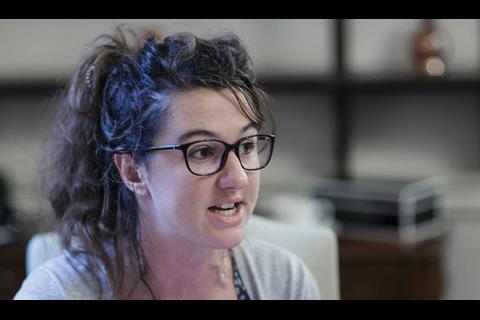 Giving people with long term conditions integrated care is a challenge, but the third sector could help. Nic Paton reports on this HSJ/Local Government Chronicle roundtable

The move, which he described as “a radical new option” for councils and clinical commissioning groups will be piloted during 2015 and 2016, and could lead to as many as five million people having combined health and care personal budgets by 2018.

Additionally, next April the better care fund and the Care Act take effect in the most significant reform of adult social care for more than 60 years. The act introduces a legal right to a personal budget and direct payment, while the fund creates single pooled budgets for health and social care.

The health and social care integration landscape is changing rapidly. The challenge to implement effective, sustained and affordable integration that makes a real difference to people’s lives is becoming more pressing.

It was against this backdrop that HSJ and Local Government Chronicle hosted a roundtable last month, in association with Macmillan Cancer Support, to bring together experts from primary and secondary healthcare, social care and local government and patient and consumer organisations.

It focused on how local authorities and health services can work together better in this context, and what role within this the third sector can play as facilitator, catalyst, advocate and partner.

It asked how integration can help to create a more personalised and responsive care system for people and their carers and families living with and beyond long term health conditions such as cancer.

Allan Cowie, director of service excellence and support at Macmillan, opened the debate by outlining how the combination of an ageing population and an increasing number of people living with cancer and other long term conditions are creating something of a firestorm for health services, local government and the third sector.

“The challenge for us as a charity, increasingly, is how the third sector in general and Macmillan specifically plays a role in supporting commissioning, design and delivery of care which is across the whole spectrum of the patient journey, from diagnosis right through to end of life,” he added.

Robert Stewart, GP and chair of the Kent Integration Pioneer steering group – one of 14 integration pioneers set up by the Department of Health to help health and social care services work together – outlined how his county is approaching the challenge.

‘It’s really important to recognise that people don’t necessarily have one long term condition, they have a range’

The driving vision has been in building services around the citizen rather than organisations, he emphasised.

“We’ve tried to describe [integration] as the ‘Kent pound’. The Kent pound for us includes housing and public health and the voluntary sector and, obviously, health and social care. But also it includes the opportunity for the person and their carer to be involved in that decision, not being ‘done to’ but to be seen as part of the resource,” Dr Stewart said.

Alice Hopkinson, embedding partnerships lead at NHS North West London, said she faced similar challenges in her region, namely the idea “of taking something that is going to get co-designed at a central level into local areas and into communities”.

She added: “What is the scale of what that looks like and what is the conduit for that?”

This conduit role could be where the third sector could play an important part.

“[The third sector is] known in the community, better often than many of the public service providers, and that’s where there is a key role in it actually building on some of that; what we’re calling ‘community capital’,” she said.

The issue of scale was important, agreed Kim Ryley, former chief executive of Cheshire East and Shropshire councils and a board adviser at Solace.

“There’s three levels: from the strategic - the overview, influence and coordination of policy and practice through innovation - to, at the other end of the telescope, the individual as a citizen and their role in co-design and co-production. Then we’re into this middle ground about how you bridge those, how you get from one to the other and back again. What’s the right scale for that and who are your agents for helping you bridge from the strategic to the very personal?” he asked.

“It’s really important to recognise that people don’t necessarily have one long term condition, they have a range,” argued Vanessa Pugh, interim head of older people services at Southwark London Borough Council and representing the Association of Directors of Adult Social Services.

“Thinking about that in terms of what the third sector role could be is much more around carer confidence, confidence for the patient, having to avoid unnecessary admissions at the weekend where people panic.

“The other side that we’re looking at is a neighbourhood model. So we’re looking at a very local level in two parts of the borough in terms of a north-south split, creating that local care network where we’ve got a range of professionals – not just health and social care but fire, police and so on, all the bits of the jigsaw.

“It’s not just in our gift to make that difference. We’re going to get more solutions for people if we engage with housing and all of those different elements.

“We’re also looking at a community navigation role, where potentially a third sector organisation or a series of third sector organisations could work in partnership to actually understand those specific areas of the borough so that they do understand what’s in the local streets and can navigate people very, very carefully to what’s actually available,” she explained.

“I love this idea of navigating around the system,” said Kate Blackburn, public health specialty registrar at Wiltshire Council.

“We have the resources, they’re already there, we just don’t know that they’re there and the professionals people turn to all the time have 10 minutes on average, often less than that, to try and point them towards these different things. So for me it’s about proper outcomes based commissioning.”

“We need to get into a really honest conversation about the fact that for three decades the public service model, including our search for greater efficiency and effectiveness of integrated models, has led to a sense of professionals and leaders within that space thinking they’re the ones who are going to build this future, and somehow going to wave a magic wand and create solutions, whereas in fact what we’re facing now is a broken and bankrupt system – both in terms of finance but also in terms of outcomes being delivered by and large through the system,” argued Martin Reeves, chief executive of Coventry City Council.

“Therefore my answer to the question is about the fact that design in the future, for the first time and arguably forever, needs to come from the very people who are consuming the service. That requires a profound shift, and we need to get into that debate,” he added.

Whatever the process, the key throughout must be around giving users and carers a sense of ownership and control while helping them to understand precisely what is changing and how they can benefit from that change, emphasised Zoe Mulliez, public policy adviser of Healthwatch England.

The third sector can play a proactive role. For example, David Crosby, general manager for central and south west England at Macmillan, cited the work the charity is doing in Staffordshire in working with four CCGs and NHS England to transform cancer and end of life care.

The panellists agreed there were multiple and complex issues that fed into this debate, including the expectations and attitudes of different generations; issues around social isolation, housing and community planning; workforce planning; culture; data gathering and dissemination; technology and telehealth; networking and knowledge transfer (including more real time action learning), to name but a few.

One issue around workforce in particular was the need to engage frontline staff more on co-design, emphasised Ms Hopkinson.

“They’re the people who are going to make this happen and are going to have to work in really different ways, and probably don’t buy into the case for change as much as system leaders do and as much as patients do,” she said, adding that in her region there are now patient led education sessions for groups such as GP receptionists and pharmacists.

However, giving patients choice must be backed up by the right tools and systems, stressed Beth Capper, commissioning support programme lead at Macmillan. “The metrics that are in place frustrate many professionals in terms of allowing patients to have choice,” she said.

“There is a public paradigm shift required; with my own health I have fought the system frequently, but when my father was unwell he didn’t, because he comes from a generation that is perhaps less comfortable doing so.

“There is also a whole political shift in terms of some of the pressures created around political cycles and the looming financial difficulties that we are all aware are becoming more and more evident,” agreed Fran Woodard, director for England, policy and research at Macmillan.

Moreover, against the backdrop of the increasing prevalence of four generation families, it was important to ask for whom systems are being designed, argued Mr Ryley.

“Who then is influencing the way the system is responding and the design of those solutions? Is it for your majority user, who may be elderly and has a very particular view about what they expect, or is it a younger demographic who says: what I want is assisted self-help?

“Many of our public consultation processes ask current users to design future solutions for a different set of users who will have a very different view. That’s a really tricky balancing act when you’ve got four generations to take care of at the same time,” he added.

The third sector can play an important role in “promoting the leap of faith” required by health, social care and other public service leaders to have these sorts of conversations, argued Ms Hopkinson.

‘The third sector can play an important role in “promoting the leap of faith” required by health, social care and other public service leaders to have these sorts of conversations’

“Involving the third sector in not just peer support but system leader support, with some real weight behind it, would be really good,” she said.

The third sector also potentially has a role in helping to cut through the “techno speak” so beloved of health and local government professionals and reaching out more directly to communities, argued Mr Reeves.

There are, clearly, no easy answers to the challenges posed by our ageing population and advances in the care of people with long term conditions.

Similarly, moving to a genuinely integrated and co-designed system is not going to happen overnight and will require significant attitudinal and cultural shifts on all sides, not to mention courage and vision.

Mr Reeves said: “The key is to allow this organic stuff to happen; it’s happening up and down the country. The challenge we have, for communities and politicians, is that the empirical base of what really works, fiscally and for outcomes, takes time to build.

“So how, as leaders, particularly politicians and policymakers, can you hold your nerve and allow these hundreds if not thousands of bits of activity?”

It was also important, concluded Mr Cowie, for health, local government and social care leaders to recognise this was not a challenge they have to wrestle with alone.

“What is loud and clear is the strategic role of the third sector to change people’s understanding of the nature of the challenge, to enable and enlist the royal colleges, to make the public more comfortable with an agenda around self-management and integration that the public sector are perhaps less able to say, and it is about that broader partnership,” he said.