More than £250m allocated to improve NHS technology was never spent, with the government saying the money is now “available to offset pressures in other parts of the system”.

In February 2016, health secretary Jeremy Hunt announced a £4.2bn fund for NHS technology, including £1.3bn of new money to create a “paper free NHS” by 2020. 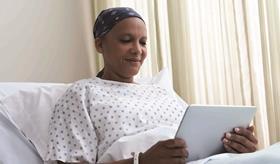 The funding was meant to deliver the Personalised Health and Care 2020 strategy, published in 2014, which covered areas from data security to apps.

However, Department of Health and Social Care figures, obtained by HSJ under the Freedom of Information Act, show that in the first year of the fund nearly a third of the allocated money was not spent.

A DH spokeswoman said developing a business case and completing due diligence on the planned spending took longer than “initially anticipated and affected the ability for the money to be spent in the allocated year”.

The money was not allocated elsewhere but “as with all Department underspends, was available to offset pressures in other parts of the system”, she said.

The figures, which cover Personalised Health and Care spending across NHS England, the DH and NHS Digital, show that the government spent £594.5m in 2016-17 – £256.3m less than budgeted.

Capital spending was particularly tight with only £150.3m spent from £354.1m of allocated funding.

Funding to help NHS trusts to become more digitally advanced accounted for most of this capital underspend. The DH planned to spend £116.2m of capital on these trusts in 2016-17 – instead it spent nothing.

Doubts have also been raised about technology spending in 2017-18.

The DH plans to spend £887.1m on technology this financial year but £561.8m will have to be backloaded to the second half of the year to achieve planned spending levels.

NHS Digital, which is responsible for delivering many of the Personalised Health and Care programmes, flagged “slippages” in several projects towards the end of 2017.

A paper presented at its November board meeting showed that the organisation expected a year end capital underspend of £29.5m but conceded this was based on “optimistic” spending.

Projects behind schedule, detailed in the paper, included apps, a new NHS data platform and developing an online way to verify patients’ identities.

The government has a history of cutting NHS technology funds, often to support urgent demands on the service.

The £900m estates and technology transformation fund, £240m integrated digital care technology fund and £260m “safe hospitals, safe wards” fund were all trimmed in the past five years, in some instances by hundreds of millions of pounds.

The department’s figures also show that at least a third of the technology funding in 2016-17 was spent on national projects, such as NHSmail and the new health and social care network, rather than distributed to local organisations.

Responding to the figures, Matthew Honeyman, a policy researcher at the King’s Fund, said squeezing capital for NHS technology was “all too familiar”, particularly when the system was under financial strain.

He said: “The national bodies are rightly committed to providing digital tools and infrastructure to support NHS staff and patients and underpin the development of new models of care.

“While consistently squeezing technology investment may save money in the short term, the longer term cost to the NHS will be that it will delay, or miss entirely, opportunities to implement more efficient and effective ways of caring for patients.”

Planned capital spending for 2017-18, which relies heavily on backloading to the second half of the year, was “ambitious”, he said, and “there is a risk we will see the same situation repeated this year”.