Explaining pensions changes and the NHS

It is vital employers engage with the workforce to update them on the many changes to NHS pensions, says Steve Simkins 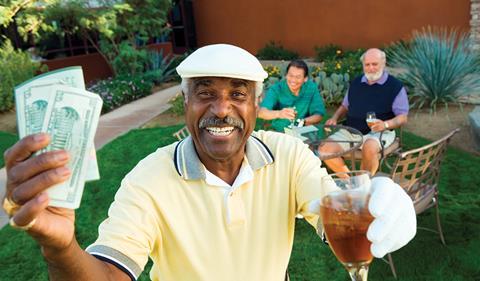 Until a few years ago, a full career in the NHS came with a straightforward and reliable addition − a pension of half your salary at retirement coupled with a tax free lump sum greater than your last year’s earnings before tax.

On the whole there was no need for fuss; people reached retirement age and got what they expected. In some cases many even got a pleasant surprise. However, with a whole host of changes to NHS pensions, planning for retirement is no longer so straightforward.

Some changes are already in place − the most notable being new tax rules − and others are in train. It may sound like drip feed approach designed to make the changes more easily digestible, but the reality is far different.

In the next 12 months NHS workers will get a number of separate and very different pension communications – much more than they are used to receiving. The problem, of course, is that without a full picture NHS workers will not be able to understand or fully appreciate the value of their pension.

Lord Hutton had recommended that all public sector pension schemes should issue benefit statements to their members on an annual basis. The NHS pension scheme has, quite rightly, taken his recommendation on board and will issue the first round of annual statements later this year.

As most people know, benefit statements show your projected pension at retirement, but when pensions are being reformed they shouldn’t ignore the new benefits. The conundrum then revolves around what should come first: is it the benefit statement or a guide to the new look NHS pension scheme?

Given these changes, wider NHS reforms and spending cuts, it will come as no surprise to learn that, for some time, the NHS has been working on how to present the overall value of the total reward package. However, what has this got to do with pensions?

It can be said that pensions are the second largest reward element after basic pay but careful thought is needed around how to present this; for example, how do you place a value on a defined benefit pension? It is not right to simply show the cash amount the employer contribution being paid as that does not reflect an individual’s circumstances.

For some high earners there is an unwelcome surprise in store. In the 2011-12 tax year the limit on each year’s pension saving (the “annual allowance”) reduced very significantly from £250,000 to £50,000.

Annual allowance tax charges mean lower pension benefits, which for high earners will be a further blow, given that the Hutton reforms hit them the hardest.

To add to the mix, the annual allowance is reducing to £40,000 from April 2014 and the other key pension tax threshold, the lifetime allowance, will also fall. These changes are going to have to be communicated in advance to ensure that there are no nasty surprises − the new, reduced limits will affect significantly more people.

To complete the picture, pensions auto-enrolment requires a communication to go to all employees, whether or not they are all in the scheme, and the second of three annual employee contribution increases has recently been introduced. This means that by the time the benefit, total reward and, where relevant, pensions tax statements are issued later in the year the majority of the NHS workforce will have already had four or more pension announcements in their in-tray.

It raises a question about information overload. It should now be clear that the many communications are interlinked, but they will come at different times and from different sources. I wonder how people will piece together the constituent parts to get to grips with the overall message.

For the first time in the history of the NHS pension scheme, employers have a key role to play in making sure that their employees get the right messages. Failure to communicate means running the risk of workforces being confused about pensions and disengaged at a time when employee engagement is all important.

There are positive lessons to be learnt from major pension change programmes that have already taken place and technology, including the effective use of social media, to help convey and coordinate key messages has a key part to play in this.

It’s a new challenge for employers, but this should not be an excuse to avoid telling the full story.