Food for thought: Engage with communities to tackle food poverty

When it comes to tackling food poverty, we need to trust that communities have the answers. Julie Webster and colleagues discuss how working with the community was key to the success of a local food strategy 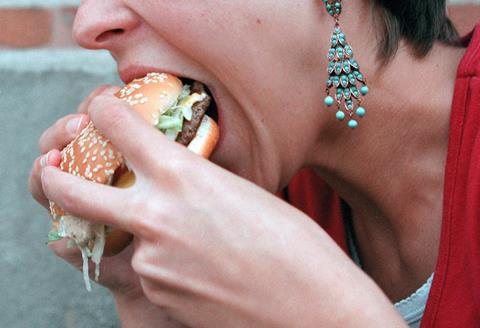 The food we eat has a huge impact on our health

We all know that food poverty is on the rise. In Wirral’s Birkenhead the number of people using food banks rose by 46 per cent over a four month period last year, from 9,000 to 13,000.

Food poverty is not just about the inability to afford food; it is more broadly about an interplay of factors – social, cultural, economic or environmental – that prevent people from accessing and consuming nutritious meals.

It is a complex issue that concerns a number of policy areas, including health, education and town planning.

‘If health suffers, people turn to local public services to support them medically, socially and financially’

The food we eat has a huge impact on health. If health suffers, people turn to local public services to support them medically, socially and financially.

Wirral Borough Council is working with the Public Services Transformation Network on a range of projects to improve the quality of life of its residents.

This was not a problem that could be solved overnight. A collaborative, community led approach was needed to address such a multidimensional problem.

The Innovation Unit was also involved to build capacity to engage the local community and understand the local food system.

The first stage of the Better Food Wirral project was to train a team of professionals from across local government to work as community researchers. The opportunity was advertised through our public health networks, particularly targeting people that would have strong existing ties with the community.

Staff members from various parts of the system – including the public health team, schools, CVS and the Back to Work programme and Involve North West – volunteered to take part in the project.

The team received training in research techniques and put them to use by interviewing local residents, community leaders and business owners about their relationship with and views about food.

They also worked alongside documentary film agency Postcode Films, which put together a short film featuring interviewees and brought some of the key issues to life.

The community researchers were able to gain rich insights into the realities of people’s lives and the full range of problems that a local food plan might need to address. The process also served as a powerfully motivating experience.

One researcher was shocked to find that a service user whom she engaged with regularly and “seemed absolutely fine, always very cheerful” was in fact struggling to feed her family, and was often going without dinner herself. A researcher from Community Action said Wirral told them how the opportunity to hear the stories behind the statistics felt like “a real call to action”, and gave the work a clear moral imperative.

The findings included a range of insights that are helping to shape policies and decisions going forward. They include:

At least three of the research participants did not have any cooking facilities at home, apart from a microwave. Others lacked the funds to pay for gas or electricity to power their cooker.

Some were unable to travel to supermarkets far from their home due to lack of transport or poor mobility.

This limited their capacity to cook from scratch with fresh ingredients, and increased their dependence on more expensive local outlets.

It is often assumed that people on low incomes have poor budgeting skills, whereas we found that in many cases the opposite was true.

One research participant – a 60-year-old woman – had developed a two hour shopping routine that involved visiting a number of shops in order to compare prices, before going back to buy the cheapest items.

Those living alone were more likely to eat fast food and takeaway meals. They were also less likely to buy in bulk, since food would go off more quickly.

Social isolation was also having a wider impact on people’s ability to find work and access opportunities that might lift them out of food poverty.

Poor mental health has a negative impact on diet

We came across a number of people experiencing depression, anxiety and low self-esteem, who frequently lacked the motivation and energy to buy and cook healthy meals.

Although there are many local initiatives doing good work around food in Wirral, they tended to have inadequate processes for outreach and scale due to lack of resource, infrastructure and connectivity with other similar initiatives.

The beneficiaries of these initiatives were therefore often more affluent consumers rather than those from more deprived backgrounds.

The system is reactive, not proactive

Food handouts are designed to feed people for up to a week, but what happens next?

Those seeking help receive little in the way of support to tackle the root causes of food poverty.

Listening and facilitating, not delivering

After three months of research and engagement, results were shared with the wider community at a community conference.

The aim was to reflect on the research insights collaboratively, and to use these findings as the basis for defining a borough wide food strategy.

In public health, and within local government more broadly, the work usually follows a defined set of protocols and processes that rarely allow sufficient time and space for listening to those using the services.

Traditionally, they have not been good at enabling community members to speak out about their views and contribute ideas.

‘Rather than being “experts”, the emphasis was on learning how to be effective facilitators and listeners’

Better Food Wirral involved a different set of skills and way of thinking. Rather than the team being expected to deliver answers, the work was about building relationships with stakeholders from across the community, and brokering partnerships between them.

Rather than being “experts”, the emphasis was on learning how to be effective facilitators and insightful listeners, supporting others to define their own problems and solutions.

At times, working in this new way felt like a leap of faith and was not without its challenges.

Lessons for engaging with communities

The following lessons have emerged from this work:

In particular, we sometimes felt under pressure to demonstrate the impact of our work, particularly since the recruitment of researchers and research participants involved a significant investment of time and resources.

While the team understood the value of “starting slow to go fast”, many of those who were not so closely involved in the process were impatient to see evidence that the approach taken was worthwhile and effective.

Researchers had to become adept at communicating the benefits of the work, even where these were not always tangible or immediate.

This project has had significant impact on frontline practitioners, building their confidence and skills to engage more closely with communities.

The work has also served as the catalyst for new conversations, connections and change.

At the community conference a café manager connected with a local producer and arranged to buy and sell his stock.

‘The project has had an impact on practitioners, building confidence and skills to engage with communities’

A local councillor also went away with a resolve to do more in her area to work on the dual issues of social isolation and poor diet by connecting people through food.

She has now joined the board that will be taking this work forward, along with some of the people who were part of the research.

The next steps have been shaped and defined by local people. An innovation fund has been set up and there are plans to run co-design workshops across the borough to develop locally tailored solutions.

Introducing a “Wirral food shelf” in local shops and supermarkets is also being considered, which will celebrate local, healthy food and give it a clear brand and identity.