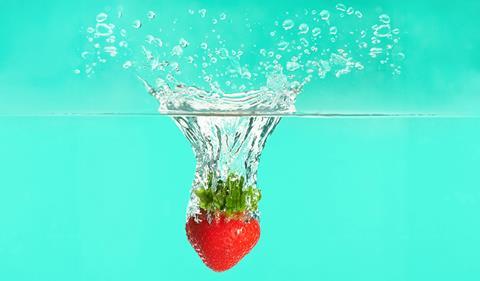 How can the healthy lifestyle revolution we need in the NHS and wider population come from the front line and spread to achieve tangible change?

Here a group of junior doctors completing their training on the wards in the Oxford University Hospitals Trust tell the story of how they were inspired to get involved, deploying ideas of “positive deviance” and making a difference.

The NHS is facing a funding crisis which is compounded by a growth in chronic conditions including obesity, diabetes and dementia.

It is predicted that 55 per cent of adults will be obese by 2020. Obesity and being overweight costs the NHS £5 billion every year.

Many of these conditions are prevented by healthy behaviours such as physical activity, healthy eating and not smoking.

These projections threaten to place intolerable strain on the NHS. Therefore, it would seem obvious that hospitals – which “embody the reality of the NHS for most people” – should do all they can to promote healthy behaviours.

However, hospitals frequently have unhealthy food for patients, staff and visitors, exemplified by the fast food outlets present in some of our institutions.

A situation where a patient recovering from a myocardial infarction can buy a Double Whopper on their way to a cardiology appointment can only occur in a system that has lost its way with respect to health promotion.

Often the working environment for staff is also unhealthy, with many working longer than their allotted hours under stressful circumstances with little support in terms of physical and mental health.

While the environment in hospitals may reflect wider society, we believe hospitals - and indeed the 1.3 million people who work in the NHS - have a duty to lead by example.

Hospitals, therefore, should actively support and create a physical and cultural environment that promotes healthy behaviours. However, such change will only occur with buy-in from senior management and active engagement from frontline staff.

Alongside the clear public health benefits of “healthy” hospitals there are compelling financial arguments. Health is a strong predictor of an employee’s productivity and their likelihood of being at work.

Successive reports have called for much greater investment in and a different approach to workplace health and well being. These reports suggest that investing in the health of the workforce can offer financial savings.

For the NHS, investment in health and well being services might reduce sickness absence by around one third, equivalent to an extra 14,900 full time equivalent staff or savings of around £550m.

Dame Carol Black’s report Working for a Healthier Tomorrow championed wellness services (in contrast to sickness services) with the explicit aim of getting individuals back to work quickly, both for their health and the economic health of their employer.

West Suffolk Foundation Trust offered a fast-track referral to local physiotherapy services for injured staff. In the first nine months the trust estimated it spent £21,000 on the service and saved £170,000 in sickness absence costs.

The Boorman review on NHS health and wellbeing recommended that wellbeing services should include both work related and lifestyle influenced ill health.

The health benefits of this approach are clear. Productivity benefits may also occur such as non-smokers have lower rates of absenteeism and higher productivity than smokers; regular physical activity is important for mental wellbeing and the prevention of depression.

So where are the bright spots of good practice?

The Cleveland Clinic in the US is a provider of healthcare with a reputation for innovation. It has a commitment to creating a “healthy” workplace for staff. The clinic offers wellness programmes in physical activity, healthy eating, stress management and tobacco cessation to its employees.

There is a chief wellness officer, who has overall responsibility for the wellness programme, and the clinic has banned the sale of any sugar sweetened food or drinks and no longer employs smokers.

This programme has paid dividends for employees, who have lost a total of 300,000lbs since August 2008, and the organisation has seen employee engagement rise by 33 per cent and costs “driven down”.

It is not just the US leading the way in wellness promotion. Barts Health Trust has developed a strategy for health promoting hospitals.

It has committed to review its occupational health strategy with a focus on prevention and early intervention, to improve the psychosocial work environment and to develop a healthy food strategy.

In addition, there is the International Network of Health Promoting Hospitals and Health Services, a World Health Organization initiative that aims to “reorient healthcare towards active promotion of health”.

This network covers more than 40 countries, including hospitals in London, Birmingham and Belfast. The network provides resources and support to help healthcare organisations achieve their goals.

As junior doctors in Oxford, we were interested in why change for the better is often problematic in the NHS.

The innovative “management in medicine” programme at Green Templeton College introduced us to the “positive deviance” approach pioneered at Tufts University, Massachusetts, and used internationally to confront intractable issues such as malnutrition, female genital mutilation, and even MRSA in hospitals.

We were frustrated by the lack of encouragement for healthy living in our hospitals, including shops in the hospital that discount and market sugary drinks, chocolate and sweets to patients and staff.

So we set up a group of doctors, nurses and allied health professionals called Health 4 Healthcare with the aim of seeing all hospitals in the UK actively promoting healthy living in areas such as healthy food and facilities that enable cycling to work and exercise classes during the day.

To achieve this change, we decided to support staff to lead and implement changes in their workplace. We also got a seat on the newly formed health and wellbeing board, connected with the deputy medical director who offered mentoring advice and kept the board informed.

Initially, we focused on small, discrete projects to achieve “quick wins” and build momentum behind the movement. We found places including individual wards where some positive behaviour or progressive mindsets were at work.

Posters were used to encourage stair use and staff introduced recycling to their wards. We also developed an initiative with Waitrose to provide free fresh fruit on two wards.

Fifteen stalls were organised by groups, including Oxford University Hospitals Trust’s centre for occupational health and wellbeing, outside the hospital. The Oxfordshire Travel Hub set up a stall promoting healthy and sustainable travel. A healthy cooking demonstration was particularly popular.

Nearly 1,000 people participated in the day with 94 per cent of interactions considered positive and 97 per cent of people said that hospitals should set an example regarding healthy living, as well as offering information and advice.

We met with the trust chief executive and he agreed to support a submission to the board from the health and wellbeing committee on making the trust healthier.

Healthy is catching on

Plans for healthy hospital days at the trust’s other hospital sites are now well underway. Since the event the trust has partnered with Oxfordshire County Council to establish a public health strategy starting in April.

The strategy aims to promote healthy lifestyles to the trust’s 11,000 staff by utilising tools such as the Making Every Contact Count initiative.

We are just one small part of a wider social movement. The key to sustaining change both at our trust and beyond will be finding ways to connect across the system, accelerate and amplify new behaviours and make healthy thinking a way of life at all levels.

This is a long haul but we believe that through our demonstration of “positive deviance” we can bring the concept of the healthy hospital into peoples’ consciousness and facilitate a culture change that encourages similar assertive action by empowering staff.

We also believe that by engaging with boards we and others can prove the financial and public health case for healthier hospitals and in doing so move a step closer to all hospitals actively promoting health.

We would encourage others to pursue similar approaches within their organisations to ignite the debate about healthy healthcare and build the momentum to change.

The recent Royal College of Physicians’ Future hospital: Caring for Medical Patients report calls for hospitals to be “designed to facilitate self care and health promotion”. The demographic realities of the population leave no room for short term thinking.

We have a stark choice between taking positive, assertive action to make our healthcare system one that prioritises health promotion, or continue the current “zero sum” game that is fuelling the cycle of obesity, chronic disease and financial fragility.