How do we learn from patients’ poor experiences?

Far from sapping their time and energy, nurturing the healing relationship at the heart of medicine sustains clinicians’ vitality, write Suzanne Shale and Murray Anderson-Wallace 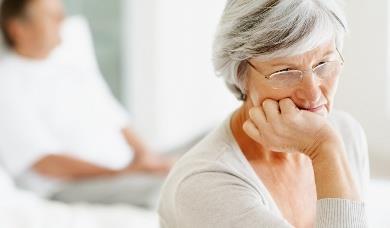 The word “complaint” originates from the Latin word planctus. It means to beat the breast in grief, mourning for something lost. Through our work with patients, carers and clinicians we have come to see the difference it could make if organisations learned to treat complaints as laments for the loss of something important. This is very different from viewing them as criticism, feedback, or an administrative task.

‘Was the patient’s letter an unappreciative message from an over-anxious “customer?”’

Let’s start with a modest complaint, as this is what most people deal with most of the time.

Michael Embleton is a consultant orthopaedic surgeon. He enjoys clinical work, his technical skills are a source of satisfaction to him, and he believes he does well by his patients. So the letter of complaint that arrived on his desk recently made for a grating start to a busy day.

Yvonne Park’s operation had been uncomplicated. Michael had performed the surgery safely and the clinical outcomes were good. By most measures this was a success story. But Yvonne had written to him about her negative experience of his behaviour.

Yvonne had been admitted for what professionals describe as a “routine” hip replacement. To achieve the best outcome and reduce length of stay, Michael generally keeps his patients awake with anaesthesia via spinal block. When Yvonne wrote to Michael, she thanked him for the results of surgery, but went on to say that she had found parts of the experience very distressing.

‘When he replied to her complaint, he explained the steps he takes at the beginning of an operation: his mental rehearsal’

With Yvonne’s head strategically placed behind a curtain of green drapes to conceal the surgical action, Michael’s attention focused on his supporting cast, checklist, and habitual pre-operative script. Although Michael had certainly not intended this, Yvonne felt excluded, ignored and belittled by him. Unable to see or feel what was happening, she had been reduced to a stage prop in her own intimate drama.

So was her subsequent letter an unappreciative message from an over-anxious “customer?” Or a glimpse of something precious being lost in the daily work of a hyper-rational healthcare system?

Reflecting on Yvonne’s letter, Michael said that his habit of leaving patient reassurance to his anaesthetist had failed to quell Yvonne’s anxieties. “After the time-out she heard me say: ‘Right, we’re starting’. But clearly she needed me to say it to her directly. Even more so at the end, she wanted me as the surgeon to say to her: ‘We’ve finished, it’s all gone fine’”.

Michael sensed that the loss Yvonne mourned was his attentiveness. He was the person to whom Yvonne had entrusted her wellbeing, the one in whom she had placed confidence. So when he replied to her complaint, he explained the steps he takes at the beginning of an operation: his mental rehearsal, the “time-out”, the final moment of psychological separation before knife goes to the skin.

The moment Yvonne received Michael’s letter she called the hospital. His secretary told him: “She says thank you very much, it has really helped her. It’s made a complete difference. She understands fully and is absolutely delighted to have received a letter from you personally.”

Yvonne’s lament echoed the experience of American author Anatole Broyard, who wrote movingly about his encounters with medicine while he was dying. “I wouldn’t demand a lot of my doctor’s time,” he wrote.

“I just wish he would brood on my situation for perhaps five minutes, that he would give me his whole mind just once, be bonded with me for a brief space, survey my soul as well as my flesh, to get at my illness, for each man is ill in his own way.”

Michael’s reply helped Yvonne because it acknowledged the human need at the core of her complaint. This made it very different from the often standard corporate response.

In a recent presentation, Robert Francis QC described the “depressingly familiar pattern” of complaints he had found at Stafford Hospital.

That is what happens when responding to complaints becomes a purely administrative managerial task.

When things go wrong, the prevailing consensus is that patients want transparency; an apology, and information about what will be done to ensure that no one else suffers.

But if we ignore the existential heart of the complainer’s lament, we will have completely missed the point. Following the inquest into her baby son Axel’s death, Linda Peanberg King said the trust’s explanation “felt like a Powerpoint exercise; it was shocking to hear your dead son being described in corporate speak as ‘a learning exercise”.’

The principal objection to dealing with the human dimension of care is that it is too demanding of emotional energy and clinical time. We challenge that. Far from sapping energy, nurturing the healing relationship at the heart of medicine sustains clinicians’ vitality and takes little if any more of their time.

As Michael told us, it was not unduly burdensome to approach Yvonne’s complaint as an opportunity for caring dialogue. “No matter how trivial the issue might have initially seemed to me, the fact that it matters so much to her means that it should really matter to me, too. Having written the letter, which didn’t take very long, I felt much better. I saw her in clinic a couple of months later and the relationship was on a completely different level.”

We know that none of this is simple, and that faced with apparently belligerent patients or colleagues it may indeed feel impossible. As Michael reflected too: “It’s not some altruistic thing. It helps patients, but you also feel a whole lot better about yourself and the things that you do.”

Both the surgeon and the patient have given permission for this story to be told, but for reasons of confidentiality we have used pseudonyms.

Dr Suzanne Shale is an independent ethics consultant and author of Moral Leadership in Medicine. Murray Anderson-Wallace is an independent adviser, writer and media producer with a background in nursing, social psychology and organisational communications research. Together they provide confidential advice and resources to individuals, groups and organisations to address critical dilemmas associated with patient safety and professional cultures in healthcare.