NHS complaints and why mediation matters

Health mediation – or conciliation – is a more effective process than the traditional channels of complaint against the NHS, say Terry Leigh and Tony Hamlin 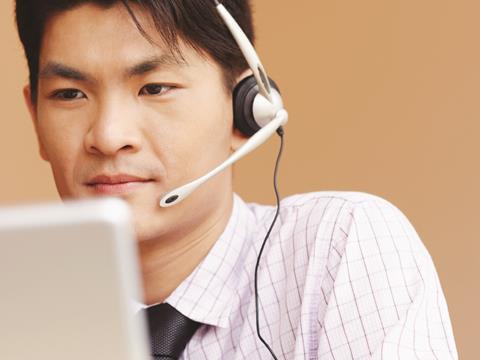 “The motivation of complainants is often not to seek compensation for failures of care but rather to have their concerns listened to and acted upon.”

“The motivation of complainants is often not to seek compensation for failures of care but rather to have their concerns listened to and acted upon.”

The NHS complaints system continues to underperform, to the frustration of complainants and NHS staff.

A Commons health committee report said: “The NHS complaints system sometimes compounds and exacerbates the negative experiences of patients. In such situations, patients have little choice but to give up or turn to the legal system.”

‘Health mediation has a significant role in the complaints procedures of Australia, New Zealand, Canada and Europe’

The same report also noted: “The motivation of complainants is often not to seek compensation for failures of care but rather to have their concerns listened to and acted upon.”

The health service ombudsman’s review in January of complaint handling by the NHS stated that “time and again, poor communication with patients and their families is at the core of what goes wrong”.

What is often overlooked is the impact of complaints on NHS staff. A study found the “negative experiences of a complaint for GPs were shock, being out of control, depression, suicide, doubts about clinical competence, conflicts with family and colleagues, defensive practice, and a decision to leave general practice”.

Health mediation, also known as conciliation, is a recognised component of the NHS complaints system. It has long been cited as an effective tool to resolve complaints and other concerns regarding NHS services. The process has a significant role in the healthcare complaints procedures of Australia, New Zealand, parts of the US, Canada and parts of mainland Europe.

Health mediation is a confidential process in which a mediator helps those involved to resolve the difficulties that have arisen between a patient and NHS staff.

Mediators are independent and impartial. They have no legal power, do not offer advice or impose solutions and make no attempt to judge the situation. Health mediation is a voluntary process, with the mediator or either party having the right to end the process at any time.

The mediator has an initial private meeting with each party to explain how mediation works and answer any questions. Those involved are asked to discuss how they see and feel about the situation. The main issues involved are clarified and ways of resolving them are explored.

At the end of the meeting, the mediator confirms with the party their agreement to continue with mediation and discusses how they wish to proceed.

‘The mediator works through the issues, helping all parties to work towards their own agreement or understanding’

Afterwards, a face-to-face meeting between the parties is usually arranged. This meeting can only take place if the mediator and parties involved choose to participate and confirm their agreement to the meeting arrangements and procedures.

When facilitating face-to-face meetings, the mediator ensures they are safe and controlled, giving those involved the opportunity to speak and respond to the issues raised.

The meeting is structured. At the start, the mediator confirms how it will be conducted, what the role of the mediator is and what is expected from the parties.

Each party is then given an opportunity to speak about the situation without being interrupted. The issues to be discussed at the meeting are confirmed. The mediator works through these issues with them, helping them to communicate and work towards their own agreement or understanding. Any agreement reached is the responsibility of the parties and is not legally binding.

Health mediation is very effective at resolving NHS complaints. Camden Primary Care Trust noted that 24 out of 26 cases referred to conciliation, health mediation, at the local resolution stage were resolved.

Large amounts of public money continue to be directed towards conventional complaints services, such as NHS-led patient advice liaison and complaints services and the Independent Complaints and Advocacy Service, which supports complainants.

Health mediation has the additional advantage of being independent and impartial, and supports both parties to achieve their own mutually acceptable resolution.

The Department of Health reported that “mediation can also save time and money and lead to quicker solutions”. The mediator achieves these outcomes by providing a process which encourages parties to communicate, move forward and actively seek solutions.

Historically the NHS complaints system has focused on the experiences of the complainant. While this approach is understandable, we believe the key to improvement in the system is acknowledging that both complainants and staff can experience a variety of significant negative feelings associated with a complaint, which can act as a barrier to resolution.

Health mediators are in a unique position, since they are able to explore and gain an early insight into the perspectives and feelings of each party, thereby increasing the likelihood of a successful resolution at the face-to-face meeting.

Mediation is likely to reduce the chance of litigation being initiated. The National Patient Safety Agency noted that: “Many patients and/or their carers will often only make a litigation claim when they have not received any information or apology from the healthcare teams or organisations following the incident.”

The mediation process is ideally placed to allow NHS staff to communicate this kind of information effectively.

Health mediation plays a significant role in the healthcare complaints procedures of many countries. In Western Australia health mediation is considered to be the main process of resolution and was used in 50 per cent of formal complaints received in 2009-10.

Mediation is increasingly used within complaints processes as it produces more meaningful and cost-effective outcomes and reduces the likelihood of costly and lengthy legal processes.

Many organisations now incorporate in their complaints procedures an option of referral to mediation when complaints remain unresolved.

Despite the clear advantages of health mediation and common use in many other countries, the process has been severely underused in the NHS. In our view, this has been mainly due to a lack of awareness and dedicated funding.

Given the scope for improved complaints handling, soaring NHS legal costs and the current limitations on public sector expenditure, the promotion and adoption of health mediation should provide a long-awaited and overdue improvement in the NHS complaints system.

Equally important, the process should help to improve the experience of complainants and staff during the course of a complaint.