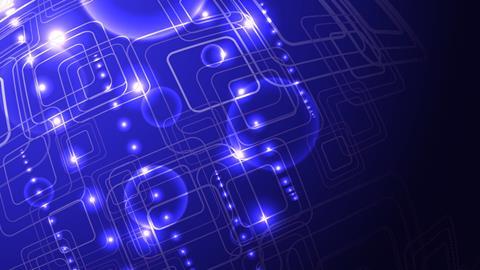 How to go digital and influence people

Mark England has one of the more interesting job titles in healthcare. As executive director of reengineering and informatics at Luton and Dunstable Foundation Trust, he presides over both the transformation and IT agendas at an organisation that – in September – was named one of the 12 NHS global digital exemplars.

That his is a board post is something of a rarity – only a small proportion of IT leads are executives – and so too is the consistency of the other people around the table with him. When asked about the factors behind his trust’s status as a global exemplar, a position which will attract £10m of funding and an expectation of sharing learning on the digital agenda, it’s that stability of leadership to which Mr England rapidly points.

“We’ve had the same chief executive for many years, the director of finance has been there for a long time, the managing director, the chief nurse. In all the key positions on the board, we’ve got a great deal of executive stability, and on the non-executive side as well. So I think we’ve had an ongoing commitment to invest a proportion of our capital in technology, over a long period – not vast amounts, but an ongoing commitment that it is a priority.”

Rachel Dunscombe, the chief information officer at another of the global digital exemplar trusts, tells a similar story. “We’ve had an incredibly stable board here at Salford. I think that a lot of organisations out there in the NHS have got some wonderful talent in them, and there are some fantastic clinicians and informaticians out there, but they haven’t always had a consistent direction or environment to work in.”

‘It’s been an evolutionary process built on successes rather than a bigger bang approach, which might be higher risk’

The national programme for IT (NPfIT) arguably didn’t help in this regard. The government programme was designed to introduce electronic patient records (EPRs) and led many trusts to abandon existing plans to acquire such setups. Those who continue to struggle on the digital agenda can often trace their challenges back to that period. It is interesting to note that both Salford and Luton and Dunstable had already procured EPRs prior to the birth, and very slow death, of the national programme.

That said, when Mr England arrived as head of IT back in 2008 there was a realisation the contract, as signed by Luton and Dunstable, likely wasn’t deliverable – it depended on technology that didn’t yet exist.

He feels this has ultimately helped the trust’s successful digitisation journey.

“It’s been an evolutionary process that has been built on successes rather than a bigger bang approach, which might be higher risk. Possibly [we’ve benefited] from having an incremental process which has gained confidence and support from clinicians.”

Take the M25 from Luton towards the coast and you find another proponent of this approach. Adrian Byrne, chief information officer at fellow global digital exemplar University Hospital Southampton Foundation Trust, feels one of the major lessons his organisation can share is “that you can deliver an electronic medical record without necessarily going out and spending £200m.

“We haven’t gone out to buy a big EPR and yet we’ve delivered a lot of functionality that’s all linked together. So it provides a different flavour of electronic medical records.”

Yet he adds an important caveat. “We’ve been at this for a long time. You don’t deliver what we’ve done in four or five years – it’s more like a 10 year programme.”

Stability at the top

To review the global digital exemplar trusts is to review 12 organisations largely bucking the trend of short tenures for chief executives.

Ken Bremner has been chief executive since 2004, but has worked at the trust since 1988. He became finance director in 1994, and then spent six years as deputy chief executive.

Pauline Philip has been in post since 2010. The former nurse is on secondment to NHS England as national urgent and emergency care director.

Bruno Holthof only joined the trust in October 2015. But he was preceded by Sir Jonathan Michael, who had been in post for five years.

David Sloman has been in the chief executive seat since 2009.

Aidan Kehoe took up the top role in late 2012, succeeding Tony Bell, who had been in post for five years.

Sir David Dalton has been at the helm since 2001.

Sam Barrell took the reins in February 2015. She’d previously been chief clinical officer at South Devon and Torbay CCG. At Taunton and Somerset, she succeeded Jo Cubbon, who had been in post for six years.

Former nurse Dame Julie Moore has been chief executive since 2006.

Robert Woolley has headed the trust since 2010, and been on its board since 2002.

Fiona Dalton was appointed in 2013 from Great Ormond Street Hospital for Children Foundation Trust. She’d previously spent four years at Southampton as director of strategy and business development, and when she became chief executive was taking over from Mark Hackett, who’d been in post for nine years.

Stephen Dunn became chief executive in late 2014. He was preceded by Stephen Graves, who held the role for four years.

David Allison took up the chief executive role in April 2012. His predecessor left the organisation following a vote of no confidence, but had been in post for five years.

That funding has been allocated to the organisations furthest on that journey rather than to those lagging behind is a recent policy shift that has not been without controversy. It was an approach recommended by the Wachter review, which argued laggards are not yet in a position to make the most of any investment.

Ms Dunscombe, who joined Salford from Bolton Foundation Trust – an organisation she characterises as much less digitally mature – feels the US “digital doctor” was right to emphasise that less technologically savvy trusts cannot change that status overnight.

“I think you’ve got to take into account each organisation’s individual circumstances. There are organisations like Bolton that have extraordinary boards and have done extraordinary things, but which are fairly new and are in a difficult environment they’ve come in to revolutionise, and they should be given the grace to do that in a reasonable time period. There are different people at different starting positions.”

She is hopeful the digital exemplars will be able to support progress. “I think there’s a sense of learning as a system. At Salford, we will be setting up regular educational opportunities for people to come in, we will be taking secondees, and we’ll have shared events where we can work with digital companies.

“I think the sense is that by immersing people in an environment where digitisation is happening will allow them to see a route through.”

“For trusts that are slower to progress on this agenda, it could be that you don’t have a body of people who have an understanding of the subject matter.

“You can use your non-executives to supplement the [knowledge of the board], and create some really good learning around tech and innovation.

“Whereas in the past we may have seen non-execs recruited for quite traditional skills, I think we might see them recruited for their digital savvy in the future.”

“I think one of the structural problems in the NHS is that IT is often not in the right place in the organisation. IT is often managed by finance, and so it’s just seen as an overhead rather than as a lever for transformation. There are definitely a lot of organisations that have failed to really engage with technology in terms of transformation.”

“What are the things that bring success? Primarily I will always say delivering good products. You’ve got to deliver products that work, and products that people want to use.

“I think people sometimes go off on the wrong tangent on that.”