‘Social’ innovations such as group appointments and networks benefit pregnant women and midwives and save money. Katherine Langford and Ana Esquerdo share lessons from a London project that can be applied to the wider NHS

Giving birth in England has never been safer. There are fewer complications, and lower rates of both preterm births and neonatal mortality.

Most women also report a high level of satisfaction with the maternity services they receive. However, a 22 per cent rise in birth rates from 2001 to 2011, coupled with a shortage of midwives have put maternity services under strain.

Services have failed to tackle persistent inequalities in both clinical outcomes and patient experience. An increased focus on childhood inequalities has also prompted criticism about the failure of antenatal care to prepare women and their families for the postnatal period and parenthood. 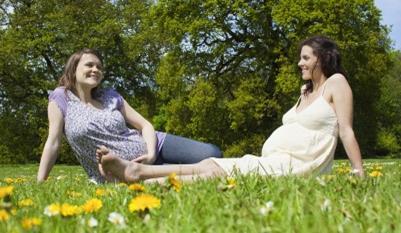 The M(ums)-Power project, funded by the Health Foundation, brought together researchers and designers from the Innovation Unit, a consultancy working across the public sector with UCL Partners, University College Hospital and Newham University Hospital, both of which are in London. The brief was to transform maternity services.

The aim of the project was to create services that empowered and supported women during their pregnancy while also reducing the cost. The project ran for 18 months until autumn last year. We now want to see the initiative working across the NHS.

Our starting point was the belief that designing new services to meet the needs of both women and midwives could only happen by understanding both groups’ experience of the services.

We conducted one-to-one interviews with pregnant women and new mothers, and held sessions with service users, midwives and clinicians, to understand how professionals and users experienced the maternity system.

‘One mother of two complained: “I felt like cattle being herded”’

Poor quality relationships were a recurrent theme. Several women compared their care to being “on a conveyor belt”. One mother of two complained: “I felt like cattle being herded.”

Women reported leaving appointments feeling confused and overwhelmed by the quantity of information. They also felt frustrated that they had not been able to raise questions and anxieties.

Midwives also felt their relationships with the women they supported had become increasingly transactional and that they spent most of their time on paperwork or adding data to IT systems, often repeating the same basic information.

Women also highlighted that the NHS is currently failing to help women establish a network with other pregnant women through which they could share their experiences and anxieties. Instead they felt forced to find this privately.

Prompted by these insights, we tested three innovations at University College London Hospitals Foundation Trust and Barts Health Trust: group appointments at booking and 16 weeks, an information website and an online social network.

The idea behind group appointments is simple: care is provided in groups rather than on a one-to-one basis. They give pregnant women and their families the opportunity to learn from each other, share tips and ideas, and begin to build a supportive community.

‘Group appointments give pregnant women and their families the opportunity to learn from each other, share tips and ideas’

For many this is what makes antenatal education classes so attractive. However, a 2011 survey by the Royal College of Midwives found that 30 per cent of first-time parents are not offered any NHS antenatal classes, and private classes could cost upwards of £200.

Group appointments put this type of education and support at the heart of the care women receive, making it accessible for all.

There is no one size fits all approach to group appointments. But whatever their length or format, they should create a non-intimidating environment in which women feel able to ask questions and enable discussion between them.

They make more efficient use of time: rather than repeating the same basic information to individual women, midwives can spend more time dealing with questions and concerns.

We tested group appointments with more than 150 women at UCLH and Barts. Small groups of 3-6 women had an initial group session for half an hour, during which they received general information about the antenatal care pathway, diet during pregnancy, screening tests, and scans.

They had the opportunity to ask questions and discuss any concerns. Each then had a 30 minute one-to-one session with the midwife about their medical history and individual needs.

We also tested group appointments at 16 weeks, the time when women would normally have a 20 minute follow-up appointment. Under National Institute for Health and Care Excellence guidelines this appointment does not require routine foetal heart rate auscultation (listening) or measurement of the fundal height, so we considered this appointment ideal for a group consultation.

‘The women set the agenda for the discussion, which was then facilitated by the midwife’

This hour long appointment was delivered by a midwife to a group of 6-8 women. The women set the agenda for the discussion, which was then facilitated by the midwife.

The midwife and a healthcare assistant take the women’s blood pressure and test their urine, as in a traditional appointment. In this way we focused more on the women and their questions, rather than the medical aspect of pregnancy.

Women were offered one-to-one time with the midwives if required after the group consultation.

These appointments were one-off group appointments, so to support women to stay in touch with each other we designed an online network, MumsTalk, through which women could connect to others they had met at their appointments, share information about local services and swap advice.

A 60 minute group appointment at 16 weeks with a group of five women saved 40 minutes of midwife time compared with standard care.

As one midwife commented: “I like being able to dedicate more time to individual needs rather than general information sharing in the one to one.”

‘One midwife commented: “I like being able to dedicate more time to individual needs rather than general information sharing in the one to one.”’

There is growing evidence for other models of group appointments in pregnancy such as Centering Pregnancy. It showed that women who took part in group antenatal care had the same clinical outcomes as women who had individual care, but that their satisfaction with their care was almost five times higher.

Randomised controlled trials of Centering Pregnancy have indicated additional positive outcomes such as reduced risk of premature birth and improved antenatal knowledge. There is also evidence to suggest it can improve mental health of mothers and reduce social isolation.

Group appointments proved to work particularly well with low risk women who had no medical conditions or risk factors. These women benefited from sharing their common pregnancy anxieties and being reassured among themselves with the support of a midwife. In addition, midwives could run these groups and the one-to-one sessions smoothly and efficiently, saving time and cost.

Group appointments could prove particularly positive for women with similar pregnancy related issues such as gestational diabetes, multiple pregnancy and previous premature births. However, these appointments traditionally take longer and, although women might benefit from the social aspect, the time savings may be lost.

Conversely, mixing women with different characteristics (such as age, breastfeeding intention and others) enriched the group with interesting conversations. For example, in a 16-week appointment, second-time mothers discussed their different experiences of breastfeeding.

Providing care in a group rather than a one-to-one setting can be challenging for maternity services; it goes against the gold standard of “continuity of care” and building one-to-one relationships. But, as this initiative demonstrates, it works for mothers, clinicians and in delivering better value antenatal care.