Start the digital conversation in the NHS democracy

With election turnouts varying wildly across the NHS organisations, Luke Ashby looks at how digital technology and social media can identify, inform and inspire people to vote 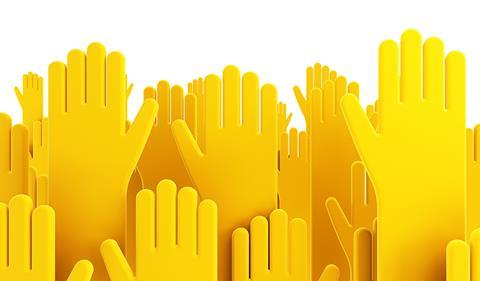 Clinical commissioning groups have been electing their boards. The role of a CCG is to make local healthcare commissioning decisions.

Democratic accountability has been one of the core values of the NHS ever since its inception in 1948, and was further reinforced by the principles of its constitution drafted in 2011.

As statutory bodies within the NHS, foundation trust hospitals must elect a council of governors from their public and staff members.

Foundation trust memberships, which make up the public electorate, are recruited to match local demographics, strengthening democratic principles and helping ensure constituents’ voices are represented at a decision making level.

To ensure boards are representative according to the model constitution they must include a chair, GPs, practice representatives, a nurse, a secondary care specialist, an accountable officer, a chief finance officer and at least two lay people.

The average turnout for a foundation trust’s council of governor elections reduced to around 20 per cent in 2013.

With the NHS’s recent focus on innovation and localism, CCGs have greater freedom and control to establish their governance structures; they do not have to subscribe to the same rules that govern foundation trusts.

As such, the overwhelming majority of CCGs have conducted their elections online.

CCG elections have seen turnouts as high as 73 per cent and an average of 45 per cent across all ballots – a significantly higher level of voter participation compared with foundation trusts.

Of course, factors such as smaller electorates and more media attention around these newer bodies may contribute to these higher levels.

The potential for digital innovations to help better engage an electorate is huge.

An experiment during the 2010 US elections conducted by James Fowler, professor of political science at California University, in collaboration with Facebook, demonstrated the power of social media on voter turnout.

A short message was placed at the top of 61 million Facebook users’ news feeds and some viewers also saw pictures of their friends who had clicked an “I voted” button. The experiment resulted in an additional 340,000 votes being cast.

This type of voting “gamification” could prove to be an effective turnout boosting tool for NHS elections too.

In general terms, the most common challenges for democracy after voter turnout are attracting the right candidates and communicating with the electorate about the successful nominees so they feel informed and able to vote to ultimately get the best possible people taking up the leadership positions.

A recent study showing the most typical elected foundation trust governors demonstrates a lack of representation to membership demographics. This could be, at least in part, due to a lack of engagement during nomination and election processes.

Making information available and encouraging discussion is a key function for digital communication channels and platforms. Information can be widely shared at the click of a button; content is also becoming more engaging and digestible through use of images, video and tweets. Better promotion of election information should lead to increased interest among candidates standing for elected positions.

According to the current government’s digital strategy, moving offline services to digital channels will save as much as £1.8bn per year.

Democracy is an obvious area where a traditionally offline service could be moved online. Indeed, this has been recently recognised by the speaker of the Commons who announced a commission on digital democracy last year.

‘Moving offline services to digital channels will save as much as £1.8bn per year’

Of course, cost saving is a vital focus of the NHS restructuring that has been taking place since April 2013. In many cases, an online election is cheaper than the postal process and provides the potential for better voter patient engagement through digital channels.

It is very important, however, that no voter is disenfranchised by the method of participation and so, for most electorates, an appropriate balance of postal and online voting provides the best election solution.

Professional associations and CCGs can administer elections online but legislation currently prohibits this being done for statutory trade union elections and those for foundation trusts’ councils of governors.

Monitor, the governing body for foundation trust hospitals, along with the Department of Health created model election rules in 2006. These were largely based on local authority legislation and specify that ballots must be conducted by post.

As foundation trusts have evolved, the focus has moved increasingly towards ensuring an engaged membership.

Last year Lancashire Teaching Hospitals Foundation Trust drafted a revised set of model rules to allow online votes in council of governor elections. The implementation of these new election rules is imminent; the changes will impact all foundation trust hospitals, as well as the wider healthcare sector.

Transparency of governance is a guiding principle for CCGs and FTs, which now hold their board meetings in public.

In principle, this is a positive democratic step but criticisms of the approach in practice include meetings being held during work hours and being conducted in highly technical language, which can be seen as excluding some people.

‘Local authorities with established paperless governance solutions have saved up to £30,000 a year’

Technology exists to make documents digitally available and accessible via mobile and tablet devices. As an example, many local government councils use this type of technology to increase transparency and public involvement with the decision making process.

This, as well as offering better public access to decision making information and processes, has proved to be another huge cost saving initiative.

Local authorities with more established paperless governance solutions have demonstrated savings of up to £30,000 a year.

While this could mean a saving of tens of thousands for an individual trust, the NHS as a whole could benefit from more significant savings running into the millions of pounds.

Good democracy is about more than casting a vote each time an election comes around.

Wider voter involvement and contributions to consultation processes and focus groups are also a function of a healthy democracy and good citizenship.

A formal election process – especially when conducted through digital channels and platforms – provides a great opportunity to add to digital and social patient engagement.

There are a plethora of digital engagement platforms and tools being used and developed for public and patient involvement.

Digital communication methods provide very efficient connections between relevant individuals, organisations and most organisations within the NHS, including foundation trust hospitals and CCGs that have a social media presence.

We are beginning to see examples where these channels are being cleverly used to raise election profiles and enrich the democratic process including encouraging election conversations via Twitter and bespoke engagement platforms.

Innovations in digital democracy should make it easier for voters to access information relevant to a specific election and, ultimately, vote.

A by-product of this voter learning process is exposure and engagement with other related organisations and communities.

‘Innovations in digital democracy should make it easier for voters to access information and, ultimately, vote’

More sophisticated methods of capturing digital conversation in a meaningful way, as a resource for decision makers is perhaps the next big challenge.

Further positive changes will require a continued cultural shift in the way we work. Making better, more effective use of technology and data should enable richer democratic processes and experience.

For the NHS these innovations can also realise significant cost savings to enable reappropriation of human resources to frontline healthcare provision.

The NHS today, with its roots firmly in democracy and a patient led agenda – “no decision about me without me” – has a great opportunity to lead from the front.