Passionately backed pilots for remote care are not enough. Strong government support for new forms of partnerships are needed for the revolution to take off, says James Barlow. 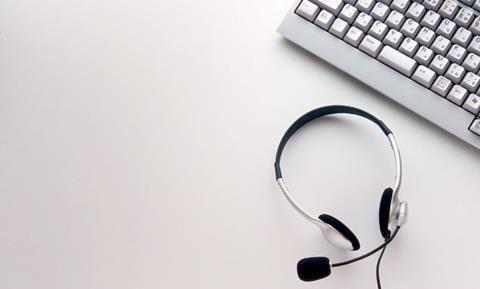 Remote care is an obvious solution to a clear need

If you speak, as we have, with companies gearing up for Britain’s remote care revolution, the levels of scepticism are perhaps surprising. But they are also unmistakeable and worrying.

Suppliers hear the rhetoric that the NHS is committed to using technologies to shift healthcare out of hospitals and into homes. They note and welcome ever larger government pilot projects. Yet faith in the future is shaky.

As one technology supplier told us: “I think there will be a lot of really burned fingers in three to five years when companies suddenly find that the market is not there.” Another supplier said that if you leave change to the NHS “nothing is likely to happen”.  A third declared candidly: “I am hoping there will be a joined-up approach, because at the moment there’s no incentive to keep the patient out of hospital.”

These comments may surprise those who have observed a very real commitment from both the coalition government and its Labour predecessor to expanding remote care − namely telehealth and telecare.

These administrations have between them orchestrated probably the most important concerted effort by any national government to stimulate the uptake of remote care: at least £160m of public funding was spent across the UK in 2006-11, backed by at least 25 official government reports over the last decade or so.

The latest and most ambitious initiative, the 3millionlives programme, established in 2011, aims to bring telehealth and telecare to an estimated 3 million people who could most benefit.

These programmes are not just whistling in the wind. Remote care is an obvious solution to a clear need, driven by an ageing population, increasing numbers of people with chronic conditions and constrained resources available for health and social services. Currently there could be a potential market of at least 1.4 million people just among those aged 75 and over − that excludes an unknown number of younger people with chronic conditions who might also benefit.

So why is there so much scepticism on the ground? We have searched for the answers in our report, Remote Care PLC, by our team from Imperial College Business School, in a study partly funded by the Department of Health’s Whole System Demonstrator programme and partly by the Health and Care Infrastructure Research and Innovation Centre (HaCIRIC).

There has been much talk of the demand side for remote care − the problems faced by social care authorities and health trusts. Remote Care PLC takes a rare look at the supply side. How ready is this technology based industry to deliver a major shift towards remote care?

We have certainly found problems. First, the industry, particularly on the telehealth side, remains embryonic, small-scale and fragmented. Although collectively the companies represent a £500m-a-year industry, there is no definite market leader or market leading product. That does not bode well for mainstreaming.

‘If we change the supplier, we’d have to change pretty much everything. We’d have a huge job on our hands’

Second, the industry has difficulties in identifying suitable business models upon which it might base serious expansion. This is compounded by a shortage of evidence for the benefits of remote care that could make it a “must have” for health and social care providers.

“Even when there’s evidence,” said one service provider, “the clinical profession, who only ever work on evidence-based activity, still can’t quite get over the hump of ‘well it is evidence and it does work but I’m not sure if I want to risk it.’”

Finally, there is the problem of low levels of interoperability between remote care devices, which discourage investment and make it difficult to establish standards. As one service provider said: “If we change the supplier, we’d have to change pretty much everything. So we’d have a huge job on our hands. It’s not interchangeable.”

Put together, these represent considerable challenges for gearing up the remote care supply side. But they are not insurmountable. We found that remote care suppliers have major ambitions to offer an end-to-end, seamless remote care service, rather than just providing equipment.

In short, these supply side issues do not alone fully explain the general scepticism on both the NHS and the supplier sides about the prospects for future expansion of remote care. The lack of faith appears rooted more in the poor quality of relationship between would-be buyers and sellers of remote care.

That relationship feels too risky to both sides, too uncertain in outcome for all parties concerned to provide a firm platform for mainstream expansion. The result is an unwillingness among purchasers to put their money where the government’s mouth is, combined with a reluctance among suppliers to invest serious sums in overcoming weaknesses on the supply side.

One supplier said: “It does not matter how much effort you put into relationship building and whether you bend over backwards to satisfy them. They will dump you if someone new comes along.”

This distrust and unwillingness to commit is echoed by NHS staff. As one said: “I personally don’t like the telehealth private sector providers who want to run the telehealth service for me. Why am I employed if somebody is going to run the thing for me?”

On the NHS and local authority side, there are concerns over the evidence base for the benefits of remote care, which is key to bringing clinicians in particular on board as champions. Purchasing is also fragmented − and becoming more so with budgets in the hands of smaller clinical commissioning groups − so suppliers deal with multiple potential clients, with varying agendas and skills in this field.

There is also silo-based behaviour among potential purchasers, particularly, but not solely, because of continuing poor integration across health and social care services.

Our study highlights concerns over weak NHS leadership to overcome general resistance to remote care and to drive developments. Disparate NHS purchasers also often lack expertise to create collaborative relationships, between themselves and with suppliers.

Critics of the remote care procurement framework for public sector organisations say it is too easy to register, so the framework offers insufficient quality assurance to buyers.

‘If the remote care revolution is to take off, we will need more action than is currently proposed by the government’

More generally, there is the problem around how who pays and who gains: we lack suitable models for reimbursing the costs of remote care. For example, for telecare local authorities bear the main costs, whereas cost saving may lie with the NHS. Innovation in healthcare usually costs money in the short term as the innovator needs to maintain an existing service while slowly shifting to the new model.

How is this mismatch to be resolved? We highlight, for example, Sir Ian Carruthers’ 2011 review of NHS innovation adoption, which argued for a tariff for telehealth and telecare. This needs to be developed. We also recommend that urgent consideration be given to the longer term implications of scaled up remote care on the income of hospital trusts, facing a loss of demand.

Race for the prize

Clearly there are many issues to work on if remote care is to develop in Britain beyond large pilot projects. We have to get the institutional relationships right. We need to focus on creating partnerships between would-be buyers and suppliers of the technology and services. New forms of supplier-purchaser alliance are required, providing an environment in which both the demand and supply sides grow to their potential.

Only serious moves in this direction are likely to transform historic patterns of care that remain underpinned by vested interests, outdated payment systems and the yawning divide between health and social care.

There may be lessons to be learned from new forms of public-private partnership, emerging in parts of Europe, which are designed to jointly deliver healthcare infrastructure and services. These bundle activities − not only infrastructure but also health services − to share risk more effectively between purchasers and suppliers, and use payment mechanisms between parties that incentivise appropriate behaviour. We suggest that such forms of PPP might provide greater certainty of income for remote care suppliers while removing some risks to the public sector, which make it averse to investing in remote care.

If the remote care revolution is to take off, shifting healthcare out of hospitals and into homes, we will need more action than is currently proposed under government policy. The political commitment, through considerable, is insufficient to achieve a great potential prize − a more rational, higher quality, perhaps even cheaper, health and social care system.

If Britain can engineer an environment for widespread adoption of remote care, the skills, expertise and knowledge could be a valuable, exportable good.