The essentiality of safe space

Safe space within the Healthcare Safety Investigation Branch is the antidote for toxins created by poor leadership, weak governance, misguided regulation and adversarial processes like complaints and litigation. By Scott Morrish 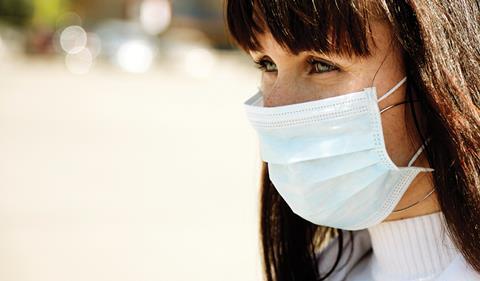 The Healthcare Safety Investigation Branch’s first report offers a tantalising glimpse of how its unique approach can help improve patient safety. To fulfil its potential, however, primary legislation is needed to establish genuine independence and create meaningful powers, including “safe space” (the protection of witness statements). Draft legislation is more rough than ready, but parliamentary scrutiny is flushing this out, leaving no doubt about the need for substantive redrafting.

In this context Action Against Medical Accidents’ (AvMA) cynical and alarmist suggestions of conspiracies and cover-ups are disappointing. My perspective, like Martin Bromiley and others whose loved ones died due to medical error, is very different: “safe space” is essential.

My little boy Sam — weakened by flu, and overwhelmed by sepsis — died suddenly and unexpectedly aged just 3. The shock and grief was unbearable. We thought he was in safe hands.

We were told, “Sam was unlucky, died of something incredibly rare, and nothing could have saved him”.

Years later — in stark contrast — the Parliamentary and Health Service Ombudsman concluded that Sam’s death was avoidable, and described the ineptitude of the NHS’s investigations. Sepsis can be treated and — far from rare — kills 44,000 people a year in the UK!

In the aftermath of Sam’s death, organisations prioritised justifying their actions and defending reputations over investigating for safety. They constructed a more palatable narrative, albeit one that couldn’t withstand scrutiny. The power of hierarchy was used and abused. Blame, defensiveness and denial all played their part. As did the systemic diffusion of responsibility to “processes” and “systems” for which no one accepted responsibility. And so cultures are shaped!

Safety depends upon the “whole system” striving to reduce avoidable harm. But that is only possible, if the “causes of harm” can be freely identified and addressed without fear of unjust consequences

Injustices like these drive patients and their families into adversarial processes that rarely deliver “redress” or “justice for patients”… much less “patient safety”.

Meanwhile, staff — especially if junior — can feel trapped and powerless to affect meaningful change. Some give up or burn out. Others are bullied, gagged or scapegoated.

Injustices like these drive a few to become whistleblowers. The rest soldier on hoping “their mistakes” (because we all make mistakes) will not cause harm or become the focus of a complaint, or worse, a regulator. All of this undermines patient safety.

Safety depends upon the “whole system” striving to reduce avoidable harm. But that is only possible, if the “causes of harm” can be freely identified and addressed without fear of unjust consequences.

Scandals in Mid Staffs, Southern Health and Gosport — amongst others — demonstrate that we are not there yet.

But perhaps a bigger scandal, and precursor of others, is the combined failure to learn from either whistleblowers or individual instances of avoidable harm that occur on a random basis, across the NHS, but don’t generate headlines.

The NHS has complaints handlers, “legal” and “comms” teams, whistleblowing-hot-lines and speaking-up-guardians, but — astonishingly — no infrastructure for “local” or “whole system” safety investigations. All this in the context of 24,000 serious incidents a year!

A beacon of hope

Against this backdrop, the HSIB is a beacon of hope. Its only reason for existing is to improve safety. Uniquely its investigations will span the whole system, including its regulators, watchdogs and the Department of Health and Social Care itself — not to establish fault or liability, but — for the specific purpose of reducing avoidable harm. It won’t conduct local investigations, instead developing methodologies and training to transform local practice.

Of course 30 HSIB investigations each year won’t fix the NHS. But modelling the behaviours we expect, through whole system safety investigations, whilst openly sharing findings and recommendations is known to work in other safety critical industries. It’s time for healthcare to catch up.

Some, who have suffered injustice, have understandable concerns about “safe space”, which have been amplified by the ill conceived provision for delegating it to trusts. But no one outside the DHSC thinks this is a good idea. For all our sakes, including the HSIB, it must be dropped.

Contrary to scaremongering by some, safe space — within the HSIB — will not get in the way of the duty of candour; nor offer any kind of immunity or impunity in instances of gross negligence, malicious or criminal behaviour. The HSIB is not a conspiracy, and safe space is not a licence for cover ups!

Quite the opposite. The HSIB will be able to throw light into the darkest corners of the NHS, and its published reports will contain all relevant information which — because of safe space— will be more detailed than would otherwise be possible.

Safe space within the HSIB is the antidote for toxins created by poor leadership, weak governance, misguided regulation and adversarial processes like complaints and litigation.

In the wake of harm — in any context — the purpose of safe space is to reduce avoidable harm by offering everyone who fears speaking up the psychological safety to do so. In healthcare of all places, don’t we all deserve that?

Scott MorrishScott Morrish is veteran of the complaints system. He was also a member of the Expert Advisory Group for the HSIB.