HSJ’s e-auction has raised £23,760 to help the people of wartorn Ukraine.

Among the offers to go for the highest bids was the chance to go fell running with Northumbria Healthcare chief executive Sir Jim Mackey (£2000), a private gig from comedian Phil Hammond (also £2000), and the chance to edit HSJ for a day (£1700).

All the money has been donated to the Disaster Executive Committee’s Ukraine humanitarian appeal.

HSJ editor Alastair McLellan, who organised the auction, said: “The NHS leadership and health policy world has been incredibly generous – and helped raise far more money than I was expecting. I am very grateful to them all.

“I will be in touch with all the winners soon to tell them how they can secure their rewards.”

The offers and winning bids 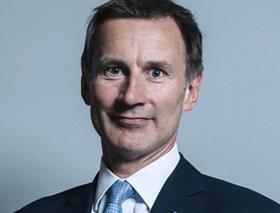 Lot 1 - Tea with Jeremy Hunt at the House of Commons

Dine at 67 Pall Mall, the wine-themed social club in London, as the guests of Chris Hopson, CEO of NHS Providers. Chris will provide a selection of wines from his own cellar, including white, red and sweet wines from France, Australia, South Africa and Italy.

Lot 4 – Go running with Sir Jim Mackey, after being coached by Brendan Foster

Take to the beautiful Northumbrian hills with one of the NHS’s most influential figures. The run will start with a coaching session from the legendary long-distance runner Brendan Foster.

Take part in the iconic Great North Run this September. After the run, enjoy a meal with the VIPs who organise the event. Rare as hen’s teeth: bid early, bid high. Donated by Brendan Foster.

Take part in the iconic Great North Run this September. After the run, enjoy a meal with the VIPs who organise the event. Rare as hen’s teeth: bid early, bid high. Donated by Brendan Foster.

Lot 8 – Lunch with Polly Toynbee at the Guardian offices 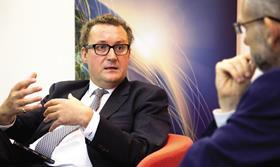 Lot 9 – Inspiration for your leadership team from Mark Britnell #1

One of the foremost global experts on healthcare systems, Mark Britnell will spend an hour with your leadership discussing the challenges facing the sector in the next few decades. Includes five copies of both of Mark’s award-winning books In Search of the Perfect Health System and Human: Solving the Global Workforce Crisis in Healthcare

Lot 10 – Inspiration for your leadership team from Mark Britnell #2

One of the foremost global experts on healthcare systems, Mark Britnell will spend an hour with your leadership discussing the challenges facing the sector in the next few decades. Includes five copies of both of Mark’s award-winning books In Search of the Perfect Health System and Human: Solving the Global Workforce Crisis in Healthcare

‘The Five Giants: A Biography of the Welfare State’ is widely accepted as the finest book on the history of the NHS and the other seminal reforms launched after the Second World War. The book will be signed by the author, former Financial Times correspondent Nick Timmins.

Lot 12 – Signed copies of Never Again?, The World’s Biggest Quango? And The Most Expensive Breakfast in History

These three books tell the story of the Lansley reforms, the first five years of NHS England, and the new Labour reforms of the early noughties. All books will be signed by the author, former Financial Times correspondent Nick Timmins. 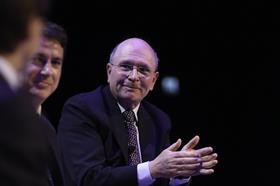 Lot 14 – Your very own Phil Hammond gig (the comedian, not the former chancellor)

“One of the most entertainingly subversive people on the planet” (according to the Guardian) will come to your workplace (or other agreed venue) and perform for you and your colleagues.

Take the reins of the title that creates the healthcare leadership agenda. Discuss story lines with correspondents and editors. Lead discussions on the key subjects of the day and determine how they will be covered. Write a leader column. 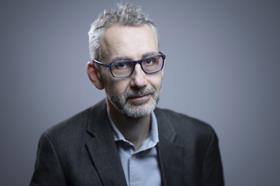 Alastair McLellan has edited HSJ since April 2002. Join him for lunch/dinner to hear all the juicy/not published details of the biggest healthcare stories of the last two decades.

Four of the best seats in the house to see the ‘This is Going to Hurt’ author on his arena tour – and then have a drink back stage with Adam after the show.

Lot 18 - A private cookery class led by Helen Buckingham, Director of Strategy at the Nuffield Trust, and Twitter cook extraordinaire

Theme to be agreed with the top bidder. Class will be followed by meal with wine, for up to 6 people. Provided in her home or yours, within a reasonable distance of Kent. 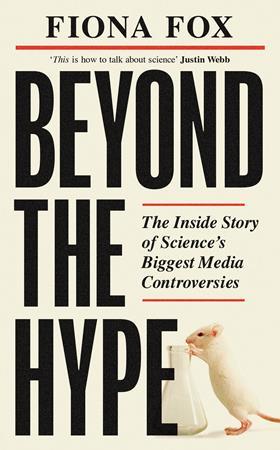 Lot 19 – signed copy of ‘Beyond the Hype: The inside story of science’s biggest media controversies’

Brand new book taking a behind the scenes look at some of the most contentious science stories to have hit the British headlines over the past two decades: from animal research to hybrid embryos; from Tim Hunt’s shaming to the sacking of David Nutt. Written (and signed) by Fiona Fox, chief executive of the Science Media Centre 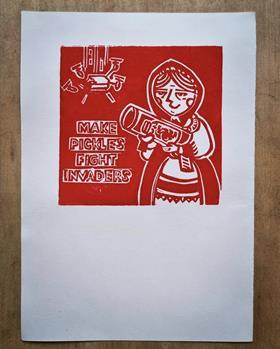 Get some exercise and explore London’s East End with the woman responsible for developing the NHS’s future workforce.

Spend the evening with the country’s foremost health investigative reporter. Learn the tricks of the trade – or how to protect yourself from them!

2015 Domaine Vocoret et Fils, old vine Les Forets and 2016 Domaine Philippon Freres, Fourchaume. All produced by small producers in the heart of Chablis and seldom available for export. Purchased in Chablis and stored in a temperature controlled cellar in Greenwich – donated by Sam Dowling

2015 Donaine Begue-Mathiot, Vaillons, 2016 Domaine de Chantemerle, L’Homme Mort, and 2017 Domaine E.A.R.L. George, Beauregards. All produced by small producers in the heart of Chablis and seldom available for export. Purchased in Chablis and stored in a temperature controlled cellar in Greenwich – donated by Sam Dowling

Mark climbs a fair few mountains, and he’s offering the highest bidder a day out in the hills of England or Wales for two people. Take in some scenery and chat about workforce or mountaineering around the world – with a beer at end of day. Snowdon, Scafel pike, Brecon beacons, peak district and Yorkshire peaks or a lovely coastal path. 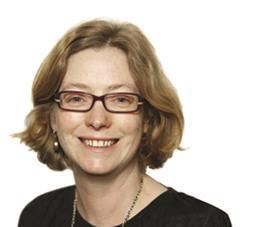 Join the directors of strategy, policy and economics from the Nuffield Trust, King’s Fund and Health Foundation for afternoon tea and an informal discussion about health and care policy as we emerge from the pandemic. Helen Buckingham, Anita Charlesworth and Sally Warren will provide analysis about the big questions facing policymakers and will share their insights about what might be around the corner for health and care policy in the UK. At a London venue to be determined.

Join former BBC social affairs editor Niall Dickson at The Reform Club at lunchtime on Friday May 27 to hear from the UK’s leading health journalist. Plenty of opportunity to ask questions. Email if you would like one of 18 tickets, each priced at £30.

Lot 31 - A vineyard Tour for 4 at Gusbourne Estate, followed by a hosted tasting with paired food

Gusbourne Estate is a boutique vineyard based in Appledore Kent, producing fine wines to domestic and international acclaim. The prize allows four people to spend up to four hours touring the vineyard and then being taken through a tasting of some very special wines. Donated by Sam Dowling.

Learn about the challenges and rewards of running London’s Air Ambulance - the charity that supports the NHS in London. Using a helicopter and rapid response cars the team perform innovative and potentially life-saving procedures usually found in the emergency department on-scene (including open heart surgery!), by the roadside.

To include a signed copy of Chris Thomas’ new book The Five Health Frontiers, plus an author-curated kit of red wine, chocolates, and Teapig teabags.

Delphine Lebourgeois studied fine art in Lyon and completed her Masters in illustration at Central St Martin’s in 2005. Her work is exhibited around the world, including in the UK, Paris, New York, Hong Kong and Singapore. This piece is one of a limited edition of 25 produced in 2020. 42x60cm 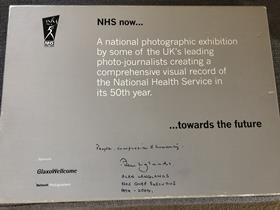 A very rare box set of photographs and essays commissioned for the NHS’s 50th anniversary in 1998 from some of the country’s leading photo-journalists working (including Mark Power) for the hugely influential Photographers Network. Signed by the NHS chief executive (1994-2000) Sir Alan Langlands. Donated by Jennifer Dixon.

Arena Flowers aim to be the UK’s most ethical flower company. This offer gets you 52 weeks of beautiful, seasonal flowers delivered to your home (or as a gift to a lucky recipient). Value: £1,300. Donated by Arena Flowers

NEW: Lot 37 – Two night stay in the beautiful village of Carennac in the Dorodgne Valley

Hosted by former NHS CNIO Gerry Bolger in La Petite Auberge their boutique chambre d’hôtes overlooking the river Dordogne. This two night stay is perfect if you’re travelling through France as it is two hours north of Toulouse, two hours east of Bordeaux and is in the medieval sector of France. Dinner included (no drinks ) for first night only.

Travel and accomodation costs (within reason) will be provided. Donated by former NHS Confederation and North West SHA chief executive Mike Farrar - who will be sitting next to you!