Why aren’t there more women leaders in the NHS? 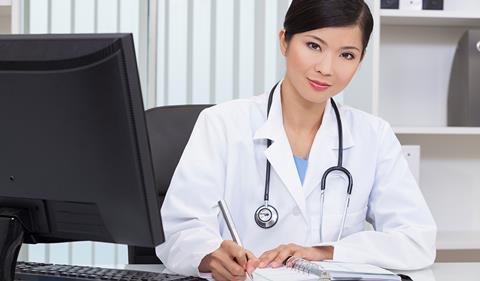 How likely do we think it is that Sir David Nicholson’s replacement as chief executive of NHS England will be a woman? Although women make up three-quarters of the NHS workforce, they still remain underrepresented in senior leadership roles.

For example, only 37 per cent of foundation trust directors are women, and a minority of them are in chair or chief executive roles. Similar disparities are found in medical leadership across primary and secondary care.

Why is this and why does it matter? To answer these questions we need to know more about women’s leadership styles and the barriers preventing women achieving their potential.

The survey run by HSJ and the King’s Fund has elicited some interesting insights that resonate with much of what we hear when working with public sector leaders. They particularly echo the experiences and views of the participants on our executive women’s leadership development programme, Athena.

When asked whether men and women lead differently, respondents most commonly highlighted that women had a more collaborative, inclusive, empathetic and/or understanding style than men. Such qualities are well aligned with the open and honest culture advocated in the Francis report. But are they the sole territory of women? Don’t men exhibit these characteristics too?

And do all women behave in this way? A minority of respondents suggested women are more aggressive than men. Some linked this to a belief that, to succeed, women need to take on the characteristics more commonly associated with male leaders. But is that hypothesis too loaded with gender stereotypes?

Research published in the Harvard Business Review in 2012 used 360 degree evaluations to rate the effectiveness of more than 7,000 leaders. Women scored higher than men in 12 of the 16 leadership competencies, including taking initiative and driving for results, as well as in the more nurturing categories. At every level, more women were rated as better overall leaders than their male counters. While setting up male and female leaders in direct competition may be rather divisive, the survey shows that women have huge amounts to contribute to leadership.

So why are women so underrepresented in NHS leadership roles? At first glance, many of the barriers experienced by our survey respondents appear to be those inherent to leading a complex, changing NHS rather than being directly gender related. Look closer, however, and a number of more gender specific barriers are revealed.

‘Aren’t we missing a trick if we don’t try to create the right conditions for more women to lead the NHS?’

The most commonly identified were a culture of “old boys’ networks”, nepotism and prejudice and a macho, pace setting environment, along with unhelpful attitudes towards women leaders.

Almost a third of respondents highlighted difficulties in juggling childcare and work commitments and many added that family responsibilities limited how much they can join in work related social events, making it even more difficult to break into male dominated networks.

Factors such as ethnicity and age appear to exacerbate gender barriers, while a significant number of respondents said their main challenge is their lack of confidence. Respondents identified numerous factors that could help them overcome these barriers: good managers of either sex, an enabling organisational culture, peer support, female role models and mentors, flexible working opportunities and access to leadership development opportunities.

There are lots of fantastic leaders helping to support and drive improvements in the NHS at the moment. Some of those are women. Who knows whether the next chief executive of NHS England will be a woman, but aren’t we missing a trick if we don’t try to create the right conditions for more women to lead the NHS, alongside their male counterparts?

Nicola Hartley is director of leadership development and Judy Taylor is senior consultant and Athena programme director, The King’s Fund